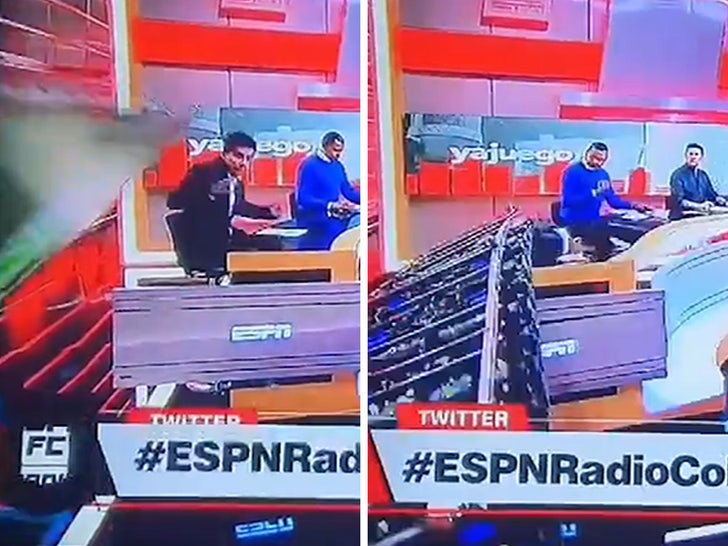 A soccer journalist was smashed by a falling wall on the set of a live TV show Tuesday … but somehow, the guy miraculously escaped without injury.

The analyst’s name is Carlos Orduz … and just seconds into his appearance on ESPN FC Radio — he was blindsided by a piece of the set that clearly hadn’t been secured properly.

In video of the incident, you can see the wall fell on Orduz with so much pace … his face lurched straight into his desk.

His colleagues, who were trying to move on with the show professionally, expressed immediate concern — and the network cut straight to commercial to check in on Orduz.

Fortunately, the sports reporter says nothing major happened to him as a result of the accident … in a video update, he explained, “I want to tell you that I’m fine.” 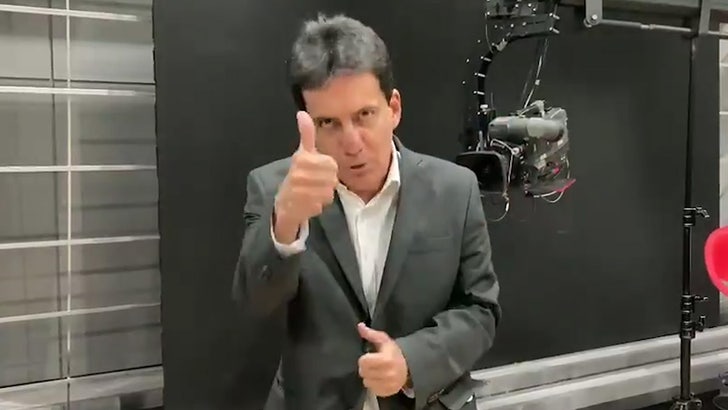 “They’ve already checked me, absolutely nothing happened apart from the scare.”

Orduz added after further medical checkups Tuesday night, he suffered no fractures and nothing more than bumps and bruises.

“I must tell you that I am fine,” Orduz wrote on Twitter. “Thank God.”