And Oscar-nominated actor Chiwetel Ejiofor, actress Thandie Newton and authors Malorie Blackman and Lemn Sissay are among 60 celebrities, academics and public figures to sign it.

Sir Lenny, 62, said: “I felt it was important to do my bit and so I wrote this letter to Black Britain asking people not to get left behind. I hear and understand the concerns which people of all backgrounds are wrestling with, but which are particularly concerning in black communities.”

The letter explains that while some groups are “rushing to get the vaccine…some black people in our community are being more cautious”.

It says: “You have legitimate worries and concerns, we hear that. We know change needs to happen and that it’s hard to trust some institutions and authorities. But we’re asking you to trust the facts about the vaccine from our own professors, doctors, scientists involved in the vaccine’s development, GPs – not just in the UK but across the world including the Caribbean and Africa.”

The letter also highlights that black people have been at higher risk of dying from Covid-19. It goes on: “Don’t let your understandable fears be what holds you back. Don’t let your concerns be the thing that widens racial inequality in our society.

Sir Lenny added: “I want to thank everyone who signed the letter and dear friends who took part in Amma’s beautiful film.”

The appeal was supported by the NHS and Public Health England.

Professor Kevin Fenton, of PHE, said: “We can all play a role in encouraging our friends and family to take it up when offered.

“Whether that’s pointing them towards information and advice from trusted sources, sharing our own experiences of getting the vaccine or declining to pass on myths and misinformation circulating on social media.”

Sir Lenny’s plea comes as figures from the Office for National Statistics laid bare the variation in vaccine uptake among different communities. 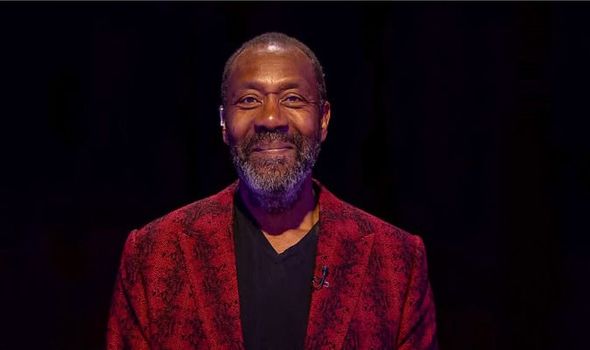 By March 11, 90 percent of people aged 70 and over in England had received at least one dose, but the percentage was lower among all ethnic minority groups compared to the white British population.

Just 59 percent of people identifying as black African, 69 percent as black Caribbean, 73 for Bangladeshi and 74 percent for Pakistani had been jabbed.

Rates also varied according to religion, with 91 percent of Christians vaccinated, compared with 72 percent of Muslims and 78 percent of Buddhists.

Ben Humberstone, from the ONS, said: “These differences remain after accounting for geography, underlying health conditions and certain indicators of socio-economic inequality.”

Dr Doug Brown, of the British Society for Immunology, said: “To build confidence in getting the Covid vaccine, we need to engage deeply with communities to earn their trust and answer their questions and concerns.”