After benching herself for most of the Tokyo Olympics due to mental health struggles, Simone Biles revealed if she has plans to compete at the 2024 Olympics.

Simone Biles‘ Olympic journey may not be over just yet. While mental health struggles caused the 24-year-old gymnast to sit out of most of the Tokyo Olympics, aside from the balance beam final where she won bronze, Simone said she is “keeping the door open” to possibly compete in the 2024 Olympics in Paris. “I think I have to relish and take this Olympics in and kind of recognize what I’ve done with my career,” she told Today‘s Hoda Kotb on Aug. 4. “Because after 2016, I didn’t get to do that,” the superstar athlete added. 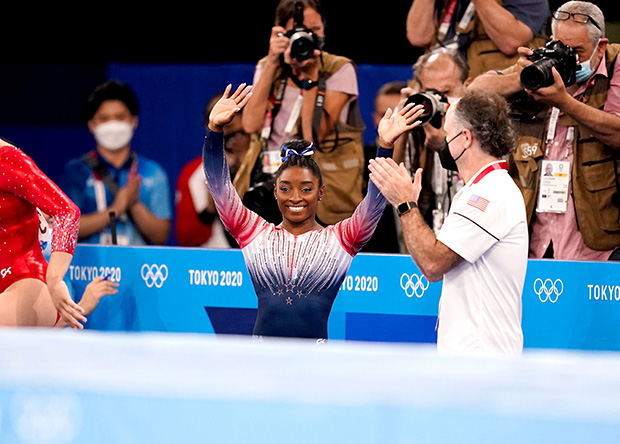 Simone, who took home four gold medals at the 2016 Summer Olympics in Rio, also opened up to Hoda, 56, about her decision to unexpectedly withdraw from nearly all the gymnastic competitions in Tokyo. “It was hard, working five years for a dream and having to give it up. It was not easy at all,” she said. Simone went on to say that when she gets home from Tokyo, “there are a lot of things I need to work on internally and mentally.”

While Simone’s 2021 Olympic stint did not go as planned, she did walk away with the bronze medal on the balance beam final, which marked her time competing in Tokyo in a full week. The accomplishment, Simone said, was enough for her to be proud. “I’m happy I was able to get back out there and do one more routine. It just felt really amazing,” she told Hoda. “I’m proud of myself for the way I pushed through. I wasn’t expecting to walk away with a medal or anything. I just wanted to go out there and do it for myself and I did.” 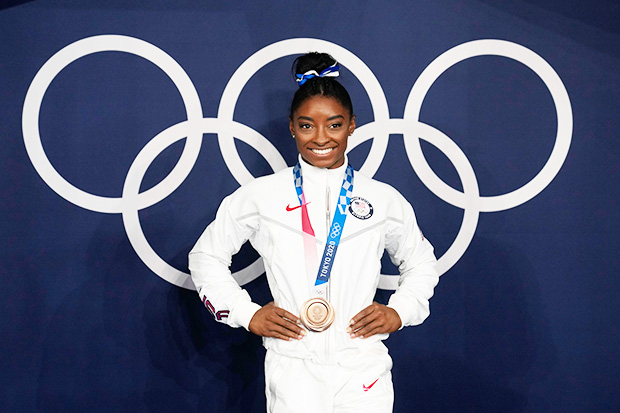 Simone withdrew from the team finals early last week after a shaky performance on the vault. With teammate Jordan Chiles replacing her and stepping in on the uneven bars and balance beam, Team USA secured a silver medal win. She eventually returned to the competition on Aug. 3 and, after her bronze-winning balance beam final performance, became a seven-time Olympic medalist. That feat ties Simone with Shannon Miller as the most-awarded Olympic gymnast in American history.

When Simone first dropped out of the competition, she told reporters she needed to focus on her mental wellbeing. “After the performance that I did, I didn’t want to go into the other events, so I thought I would take a step back,” she said. “I have to focus on my mental health and not jeopardize my health and well-being.” Simone eventually withdrew from the individual all-around final, as well as the individual floor, vault and uneven bar finals shortly after. In a series of Instagram Stories shared on July 29, Simone further explained she was suffering with something called “the twisties,” in which she “literally can not tell up from down” while spinning in the air.