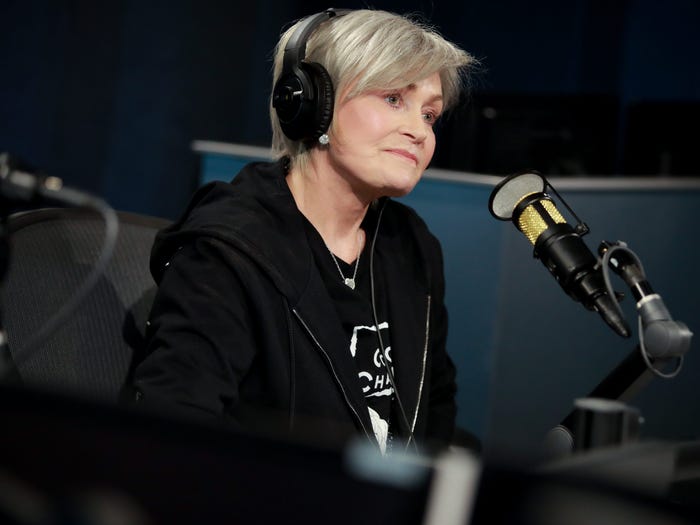 Sharon Osbourne, a co-host on "The Talk," was eager to return to work in person this week, and her son, Jack, planned on joining her. But the matriarch of the Osbourne clan ended up appearing remotely on Monday, because two of Jack's children have the coronavirus and they're all under quarantine.

Jack Osbourne, the youngest of the former reality show family, has three daughters with his ex-wife, Lisa Stelly. While on the podcast "Pretty Messed Up" on Wednesday, he also shared the news that his daughters contracted the coronavirus.

His youngest daughter, Minnie, who's two-and-a-half, tested positive and is staying with her father.

Minnie has had a mild case. She had a "little bit of a runny nose," and fever for three days. After that, she was symptom-free, Jack said.

Jack didn't name which of his other daughters has the virus, but said that the other child who's infected is with her mother.

One of his daughters contracted the disease from someone he works with. The person came to the house, didn't reveal that they had recently traveled, set their drink down on the table, and one of Jack's children took a sip from it, he said during the show.

The father of three said he tests himself every two days, and hasn't tested positive. Neither has his mother. Jack said he's doing his best to take precautions, but still hugs his children while wearing an N95 mask.

These cases are a reminder that young children, while less susceptible to developing the coronavirus, are still at risk. Children typically develop milder symptoms and represent 7% of all confirmed cases. However, this is likely an underestimate since children are tested less frequently than adults.

"It just goes to show you that children can get COVID-19," Sharon Osbourne said on Twitter.