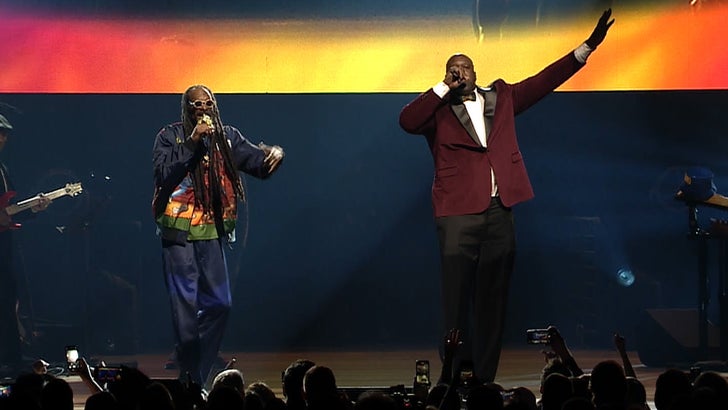 Shaq‘s no stranger to taking the stage, but audience members at his inaugural charity event got a never-before-seen performance when the NBA legend collabed with Snoop Dogg on a hip-hop classic.

The Shaquille O’Neal Foundation held their first-ever “‘The Event’ Presented by Pepsi Stronger Together” Saturday night in Vegas. Jimmy Kimmel took over hosting duties, but Justin Bieber, Kelly Clarkson and Snoop were among the performers to grab the mic.

At one point during Snoop’s set, Shaq jumped on stage to perform “Nuthin’ But A G Thang” … and as expected, the crowd went wild.

The event raised $2.7 million to benefit The Boys and Girls Club and Communities in Schools throughout Las Vegas and Atlanta … including ticket sales and a live auction.

Speaking of the auction, Shaq wowed the crowd when he bid $90k of his own cash for a walk-on role in an upcoming Adam Sandler movie.