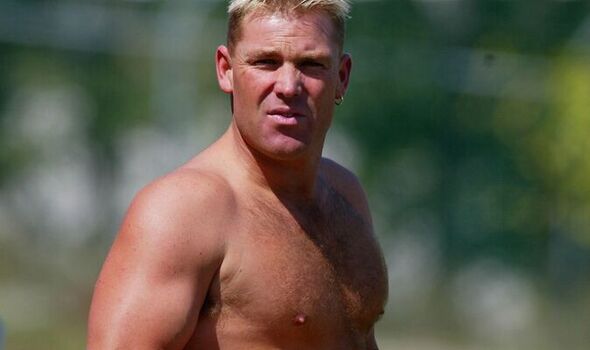 The 52-year-old had been trying to regain his youthful figure ahead of a villa holiday in Koh Samui in Thailand. But on Friday he was found collapsed on the floor of his bedroom by his panicked friends, who battled in vain to save him. Close pal Andrew Neophitou is said to have performed CPR for 20 minutes while he waited for emergency services to arrive. Local paramedic Anuch Han-Iam said they were working on him when he arrived at the scene.

“They were trying to bring him back to life… they were desperate. I think one was crying. Really stressed and panicked,” he told reporters.

“They kept trying to wake him… I heard someone saying ‘come on Shane, come on’.

“I did my best for him and gave all my energy. I’m so sorry that I couldn’t help him.’

A local police chief said Warne had visited a tailor to have a suit made earlier on Friday and ordered two local massage therapists to come to his villa.

“He called the girl to massage. It was just massage. He didn’t die because of the massage. He wasn’t well,” he said.

Just last week Warne shared a bare-chested picture of himself on Instagram,

He wrote: “Operation shred has started (10 days in) & the goal by July is to get back to this shape from a few years ago! Let’s go,”

But his family have said he was suffering health problems before travelling, including exacerbated asthma and chest pains.

His manager James Erskine also revealed that he resorted to radical measures to lose weight and has just finished an extreme and ‘ridiculous’ cleanse in which he only had fluids for about 14 days.

“It was a bit all or nothing. It was either white buns with butter and lasagne stuffed in the middle, or he would be having black and green juices,” he said.

“He obviously smoked most of his life [but] I don’t know, I think it was just a massive heart attack. That’s what I think’s happened.”

Warne’s body was removed from the local mortuary yesterday so that a post mortem could be carried out to confirm the cause of death.

It was draped in a purple blanket and placed in an ambulance before being taken by car ferry to Surat Thani Hospital – 650km south of Bangkok .

Foreign Affairs officials were aboard with Warne’s friends and Australian ambassador Allan McKinnon.

Thai police lieutenant-colonel Chatchawin Nakmusik said that if there was nothing suspicious, then the case was ‘closed.

Warne’s body will then be repatriated to Australia where a state funeral will be held in Melbourne.

The sporting superstar took 708 test match wickets for his country and as tributes continued to pour in, Australian MP Daniel Andrews, the Premier of Victoria, said the occasion would be an opportunity for the country to honour him.

He tweeted: “I’ve spoken with the Warne family again today and they have accepted my offer of a State Funeral to remember Shane.

“It will be an opportunity for Victorians to pay tribute to his contribution to his sport, to our state and the country. Details will be finalised in the coming days.”

Warne had a three-year romance with actress Liz Hurley who has said she is heartbroken by his loss.

He also leaves his mother Brigitte and three children Brooke, 24, Jackson, 23 and Summer, 20, from his former marriage to Simone Callahan.

They say the news is ‘like a bad dream’ and they ‘expect him to walk through the door’ any moment.

Mr Erskine said: “I think the three children are in complete shock,’