Though the Today Show crew loves nothing more than filming their program together, as Savannah Guthrie briefly steps away from the studios, her co-stars could not be more proud.

The star filmed the longtime morning show from Washington D.C. rather than New York City on the morning of 20 October.

She opened up about the inspiring reason she was away from her co-stars, who all congratulated her on the major accomplishment.

Savannah was awarded the Caregiver Champion honor at The Elizabeth Dole Foundation’s Heroes and History Makers Celebration on 19 October – presented by none other than Tom Hanks – as they gathered to highlight the work of the nation’s military and veteran caregivers.

Sharing a clip from her speech on the Today Show, her co-star Hoda Kotb gave her a sweet shout-out, saying: “That was beautiful,” adding how proud she is of the achievement.

The mom-of-two took to Instagram to share more details of her inspiring night, where she said: “What an honor – thank you, veteran caregivers, for the privilege of sharing your stories.”

Savannah shared a clip of her heartwarming speech

Ahead of her speech, stars such as Drew Barrymore, Keith Urban, Lin Manuel-Miranda, and of course her co-stars Dylan Dreyer, Al Roker, Jenna Bush Hager, and Hoda plus her husband Michael Feldman alongside their children Vale and Charley sent heartfelt messages of support virtually.

MORE: Inside Today’s Savannah Guthrie’s New York City home – and the strict rules she has for the kids!

MORE: See the Today cast as Real Housewives – and you won’t believe their taglines

Speaking on stage, she said of the foundation and its caregivers: “You’ve taught me courage, determination, duty, faith, and hope.” 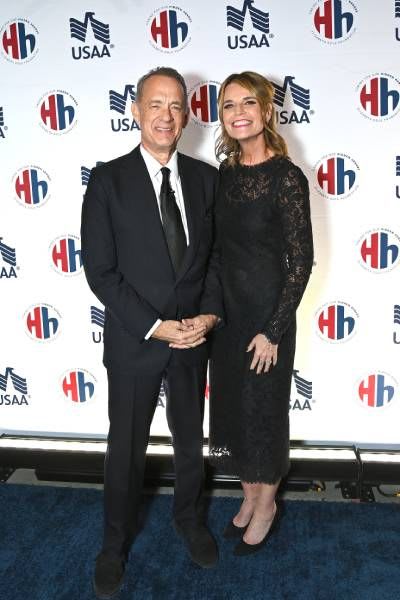 After highlighting some of the people that have inspired her over the years, she added: “These are the qualities of every family I’ve met. But above all, what I see in you, what I really see is love.”

Fans were quick to flood her with even more support for her ongoing contribution to veterans and caregivers, taking to her comments section to write: “So deserving!!” and: “Beautiful, heartwarming, teary eye speech. Congratulations SG,” as well as: “This is incredible!!!” plus: “Congratulations you are the best.”