Ryan Reynolds took to Instagram to joke about how his one-year-old daughter loves the ‘Baby Shark’ song ‘all day, every day’ and shared a photo of something that may help stop her obsession.

Ryan Reynolds, 44, is on a mission to stop his youngest daughter Betty‘s obsession with the “Baby Shark” song and it involves a movie her mother, Blake Lively, 33, starred in! The actor hilariously posted photos from his wife’s 2016 horror film The Shallows, in which she plays a surfer trying to survive a great white shark attack, and a caption about his little girl’s love of the fish-themed children’s tune and how he’s trying to “fix” it on Instagram. “My one year old daughter is obsessed with Baby Shark. All day. Every day. There’s only one way to fix this,” he wrote, referring to the movie pics he shared in the Apr. 25 post.

It didn’t take long for Blake to respond with her own funny comment once Ryan posted. “She’s gonna love Savages,” she wrote, referring to her 2012 film about two pot growers who face off against the Mexican drug cartel who kidnapped their shared girlfriend. 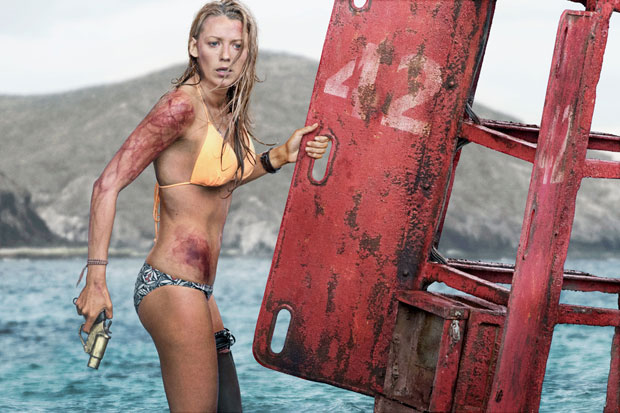 Fans also took the time to comment on the funny post with their own reactions. “Well that’s one way to introduce her to mommy’s movies,” one follower wrote while another called Ryan the “best father ever.” A third enthused, “Then she’ll be sleeping in YOUR bed every night!!” and a fourth suggested he write a “parenting book.” Many more posted laughing emojis.

Ryan’s latest post about Betty comes after he made headlines for showing off his doting daddy ways with his oldest daughter James, 6. The Canadian had the mini-me on his shoulders while walking in New York City on Apr. 19. and she was all smiles as she happily wore cat ears on her head. The rare sighting was a sweet reminder of how much Ryan loves being the father of three daughters, who he often gushes over in interviews. In addition to James and Betty, he’s also a dad to daughter Inez, 4.

Although Ryan and Blake like to keep the public appearances of their girls to a minimum, it’s clear to see how close the family is when they are seen. Whether they’re celebrating Ryan getting his star on the Hollywood Walk of Fame, or going on a playdate with Bradley Cooper‘s daughter Lea, 4, this party of five is always adorable!