Meghan Markle has cut ties with her father Thomas Markle after he lied to her about his relationship with the press. During her sit-down with Oprah Winfrey that aired back on March 7, Meghan revealed that she hasn’t spoken to her father since 2018, according to CBS News. The main reason? Thomas betrayed her. “I said, you know, the institution has never intervened for anything for us, but they can try to go in and kill this story. But if they do this once, we’re not going to be able to use that same leverage to protect our own kids one day,” Meghan told Oprah. In his response, however, Thomas was not truthful, forcing Meghan to walk away from any relationship that she had with him.

Thomas did not attend his daughter’s wedding, he hasn’t met his grandchildren, and Meghan doesn’t communicate with him — at all. Thomas claims that he has tried everything to get in touch with his daughter, and that he has apologized several times, but he’s had no luck in getting a response. During an interview with “Good Morning Britain” in June 2021, Thomas said that he will keep giving interviews until his daughter responds to him. “If I don’t hear from them in 30 days, I’ll do another one. I would love to hear from them. When they decide to talk to me, I’ll stop talking to the press,” he said, according to The Guardian. Keep reading to find out what why a royal expert doesn’t think Thomas will get his wish.

Will Meghan Markle ever speak to her father again? 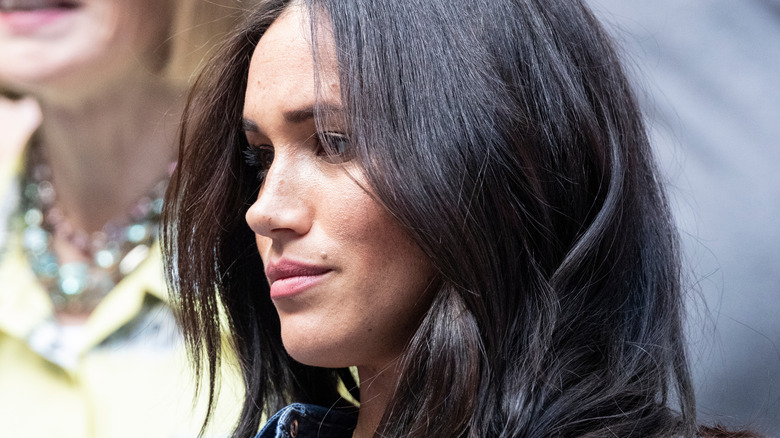 Meghan Markle may never speak to her father again. Royal expert Molly Mulshine said on the Royally Us podcast which was released on June 16. that she doesn’t see a reconciliation happening between Meghan and Thomas Markle, mainly because he continues to do the one thing that Meghan doesn’t want him to do; he keeps going to the press. “It’s like Thomas, you have one job, your one job was to not go to the press, that was all he ever had to do and he just keeps doing it. He’s shot himself in the foot again by doing this,” Mulshine told the outlet.

Mulshine’s co-host, Joe Drake seemed to agree. “[Thomas] only has one job and that’s not to go to the press. Everything else is manageable from that point but if you keep doing these interviews, Megan will not answer your phone calls, nor will Harry,” he said, adding, “they’ve never even met so there’s nothing there to even build off of.”

According to Newsweek, Thomas wants to meet his new granddaughter, Lilibet Diana — he also has never met his grandson, Archie. It seems clear, however, that this won’t happen if he keeps running to the press and giving interviews about his daughter.