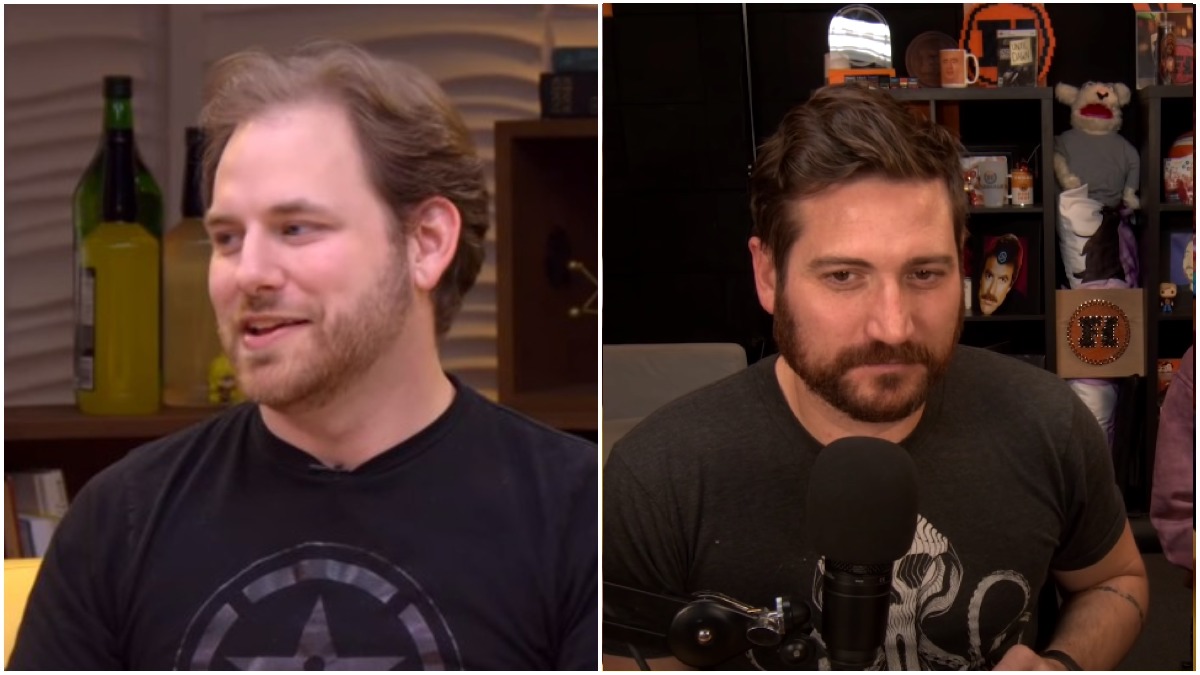 Rooster Teeth issued a statement last night confirming it had parted ways with two of its employees as the organization has become embroiled in scandal.

The statement didn’t name any names, but two of Rooster’s stars Adam Kovic, of Funhaus fame, and Ryan Haywood, of Achievement Hunter, have both found themselves at the center of various recent allegations, which led to speculation that they may have been fired.

The controversy has been bubbling away for approximately a month now after images of a sexual nature, allegedly showing Haywood and Kovic, were leaked online.

The images were shared among 4Chan users and on other online forums and social media sites, which led to various allegations including that the pair may have cheated on their wives.

Last night, Rooster Teeth tweeted a statement saying that everyone associated with its brand was meant to follow its Code of Conduct. They then stated: “We have parted ways with two employees whose conduct did not reflect the values we strive to uphold in our Code of Conduct.”

In a follow-up tweet, the organization added: “We are adjusting our programming accordingly to move forward, and we thank everyone for their support and patience during this challenging time.”

The organization blocked any replies to the tweet; however, that didn’t stop people responding with quote tweets, which led to many slamming Rooster Teeth for not naming any names. 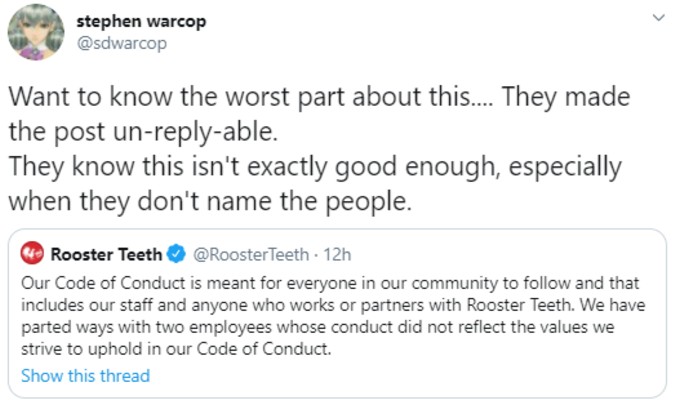 Several users referred to actor Vic Mignogna, who had worked for RT but was fired after last year following accusations of sexual harassment. He continues to maintain his innocence.

One user asked of the latest statement: “Why not say their names like you did vics?”

Ryan Haywood had already tweeted on Tuesday that was leaving Rooster Teeth, telling his followers that he was going to spend time rebuilding his family and life. He admitted that he’d made mistakes but denied doing anything illegal, and also appealed to people to stop harassing and threatening his family.

Adam Kovic has not responded publicly to any allegations. He has set both his Twitter and Instagram accounts to private, and at the time of writing his profile images had been blacked out.

Kovic’s wife, Jess Kovic, who allegedly appears in some of the leaked images, seemed to reference the scandal yesterday in a tweet, saying: “since you are all so interested in me right now, buy my merch.”

None of the allegations against Kovic and Haywood have currently been proven. It has also not been confirmed whether the two employees referred to by Rooster Teeth are, in fact, Kovic and Haywood, and if they were fired or left voluntarily.