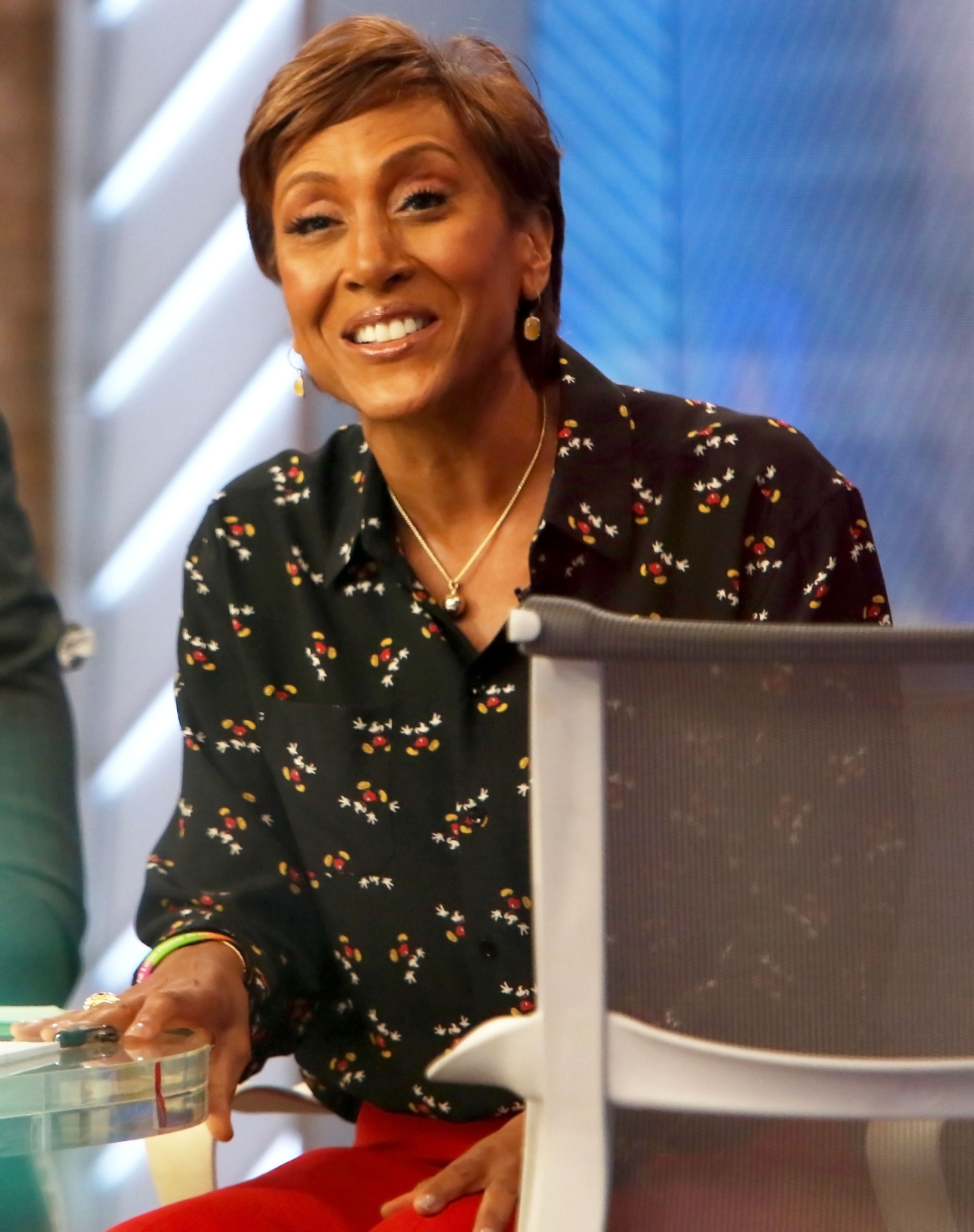 Robin Roberts had good news to share at the New York City premiere of Stolen By My Mother: The Kamiyah Mobley Story, a Lifetime TV movie she’s producing under her “Robin Roberts Presents” banner. Following her past struggles with breast cancer and myelodysplastic syndrome, the Good Morning America coanchor gave Us Weekly an upbeat update.

“I am doing so well,” Roberts, 59, exclusively told Us at the premiere on Monday, January 13. “I’m so grateful to be able to take on this new role … I’m just very grateful to be doing as well as I am.”

With her renewed lease on life, the journalist recently traveled to the Maldives to cross the destination off the bucket list of longtime partner Amber Laign, and she told Us that her health battle only intensified her adventurous spirit. “I’m not one of those people that says, ‘Oh, cancer’s the best thing that ever happened to me.’ No, but I am very grateful that it heightened [my] sense of adventure,” Roberts explained. “And there’s no time to waste. So I feel that everyone shouldn’t wait for a diagnosis or anything like that to happen.”

As for life advice, Roberts recommends not comparing despair. “I know everyone always feels that what they’re going through is the biggest or is bigger than somebody else’s or something like that. I don’t think that you should compare because truly, everybody’s got something,” she said. “And my life lesson is, ‘This too shall pass.’ I’m a living, breathing example of ‘This too shall pass.’ I have a little placard in my dressing room that says, ‘This too shall pass. … Now would be good.’ We want to get through it, but I understand that the reason why things are placed in our path is for us to learn from and to share with others.” 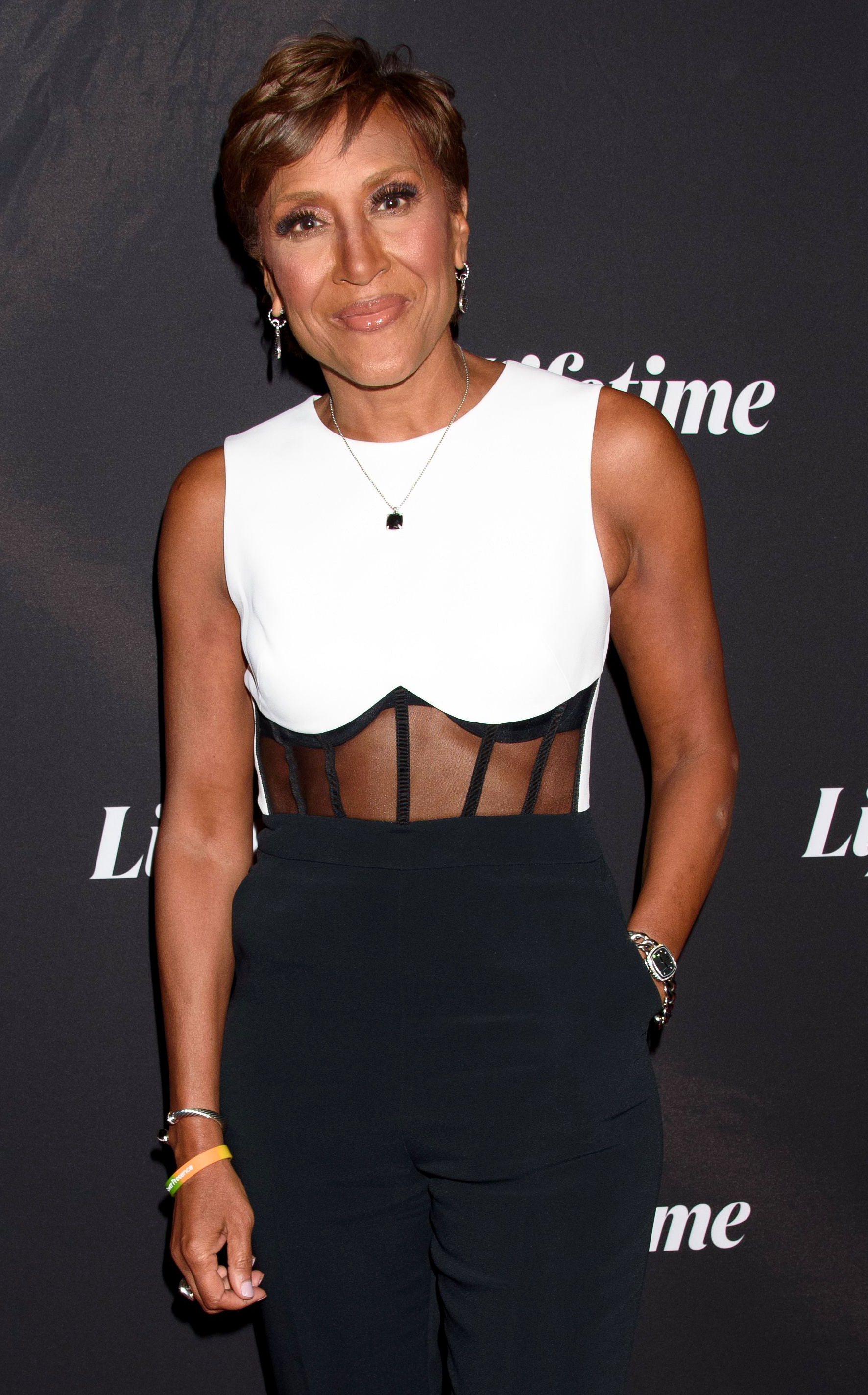 Roberts tweeted “This Too Shall Pass” in February 2018 as she celebrated the fifth anniversary of her return to GMA following a medical leave for myelodysplastic syndrome, a rare blood and bone marrow disease, and a resulting blood marrow transplant. The Peabody Award winner also survived a battle with breast cancer in 2007.

Now, Roberts and Laign, 44, are handling another hardship: the death of Laign’s father earlier this month. “Nobody wants to join that club of losing a parent,” Roberts told Us. “She’s handling it as well as she can and is so grateful for the outpouring of support. There’s no timetable for grief. I’m giving her the time that she needs, and she’s so sweet. She sent me a nice little text before I got here. She hadn’t planned on being here on the red carpet with me, but she’s where she should be.”

Stolen By My Mother: The Kamiyah Mobley Story premieres on Lifetime Saturday, January 18, at 8 p.m. ET.

February 21, 2020, Comments Off on What Is Victoria F.’s Real Job? ‘The Bachelor’ Contestant Wears Many Hats
We and our partners use cookies on this site to improve our service, perform analytics, personalize advertising, measure advertising performance, and remember website preferences.Ok