Rihanna is moving forward and leaving the past behind.

The singer appears to have covered up her and Drake’s matching shark tattoo. Fans noticed this week, after Rihanna stepped out in New York City, that her camo-print ink that was on her left ankle had been replaced with an intricate crown. Rihanna got the matching shark tattoo with her then-boyfriend in 2016. The rapper inked his on his forearm.

A source told ET at the time, the matching sharks were a nod to a stuffed animal Drake bought for her during a romantic date at the Ripley’s Aquarium of Canada in his native Toronto. Drake and Rihanna dated on and off from 2009 t0 2016. 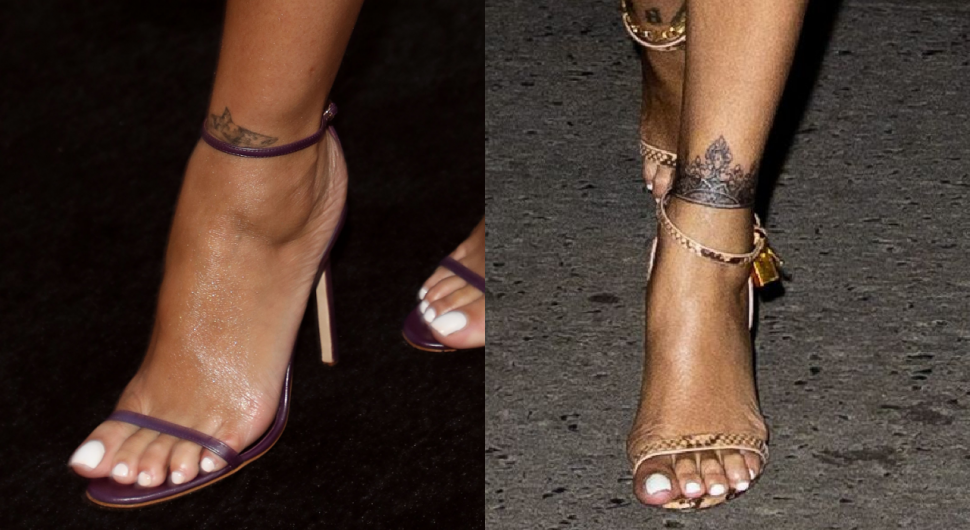 After inking RiRi, tattoo artist Bang Bang shared a close-up of her shark art on his Instagram.

Earlier this week, Rihanna stepped out in a hot pink slip dress with a matching fuzzy bucket hat and strappy heels while out with boyfriend A$AP Rocky. The couple enjoyed a date night at Barcade in New York City. 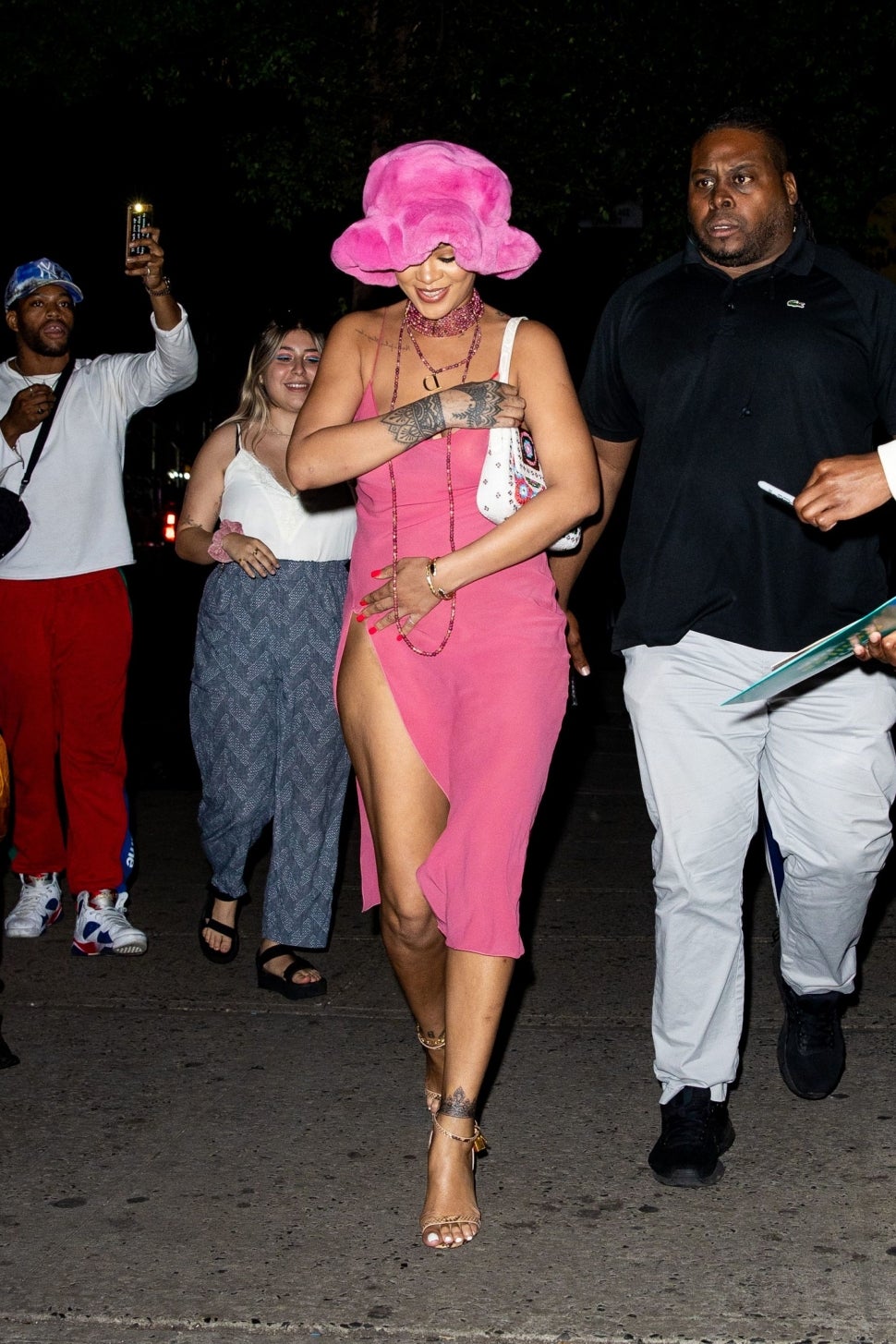 A source told ET that the two had “so much fun” playing arcade games with friends until 3 a.m., adding that they enjoyed some friendly competition at Barcade, challenging others to arcade games. The source shared that they both totally had their guard down and were genuinely happy and having a blast.

During their date night, the pair was also caught kissing and showing a lot of PDA.

In May, Rocky publicly declared Rihanna as the love of his life in an interview with GQ. The two stars have been dating since last year, but were longtime friends before getting together.

For more on the pair, see below.