The Golden Globe nominee, 37, received the Breakthrough Artist Award at the 30th Annual Palm Springs International Film Festival’s Film Awards Gala on Thursday, January 3, and he let his affection for Boynton, 24, who arrived at the event separately and posed on the carpet alone, be known.

“I’m just really honored to be here, so thank you to the Palm Springs Film Festival. It’s a privilege, it’s not lost on me and I’m so appreciative,” he started his acceptance speech before addressing the Murder on the Orient Express actress directly.

“Thank you, Lucy Boynton,” he continued. “You have been my ally, my confidant, my love. Thank you so much.” 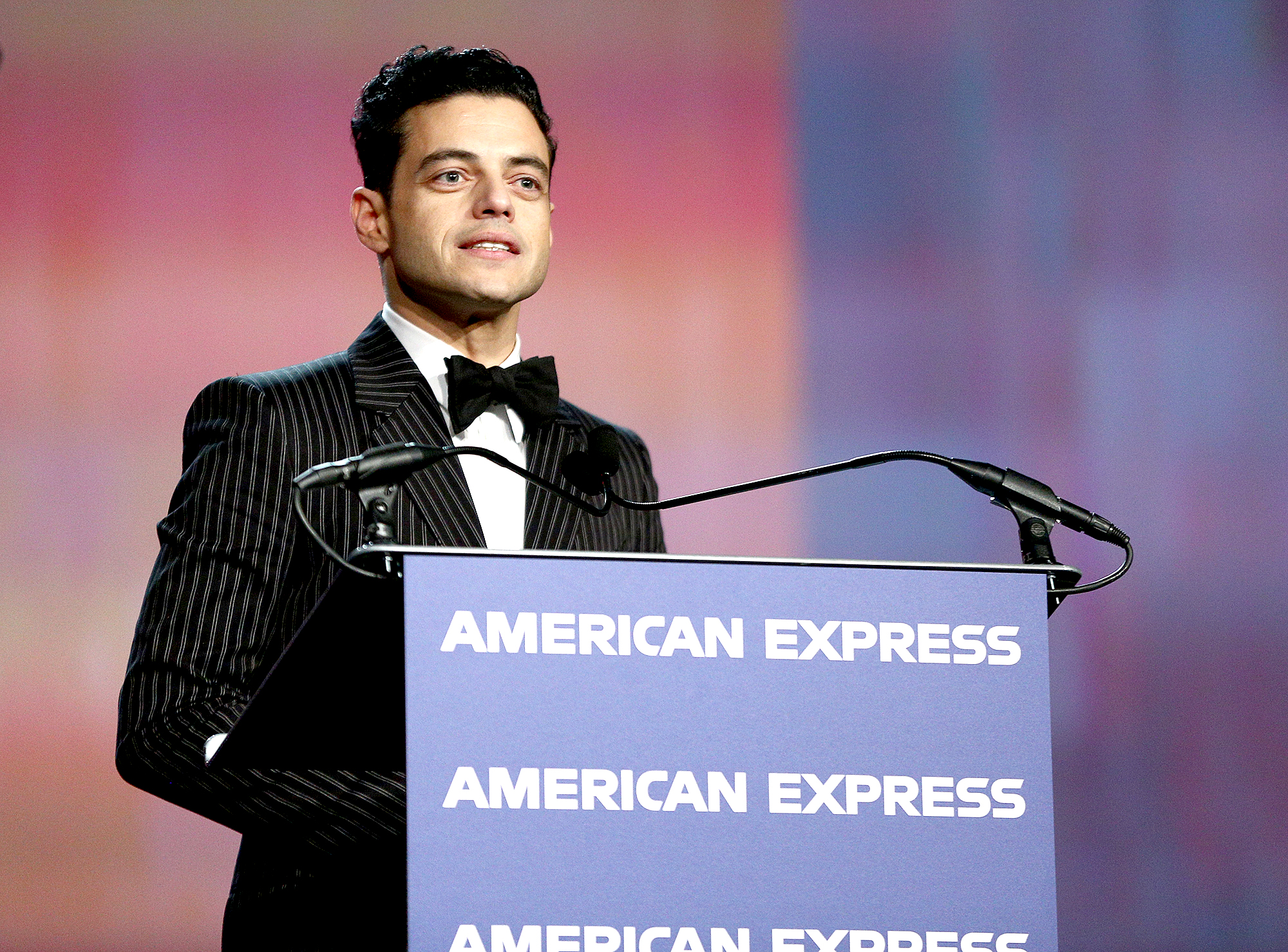 Us Weekly broke the news of the actors’ relationship in April 2018. “They met while filming Bohemian Rhapsody in London,” a source told Us at the time. “He is so into her. He goes and visits her in London all the time.”

This isn’t the first time Malek has romanced a costar, however. Prior to his tryst with the British-American actress, he dated his Mr. Robot costar Portia Doubleday for several years before they split in 2017.

Malek has been highly praised for his portrayal of Freddie Mercury in Bohemian Rhapsody since the film came out in November. Christian Slater called his Mr. Robot costar’s performance “extraordinary,” but the 49-year-old actor admitted shortly after the movie’s release that he had reservations about Malek’s ability to take on the role.

“Honestly, I was a little nervous. I know how talented and brilliant he is, but that’s a large task to take on,” Slater told Us exclusively at the time. “From the get-go, he flew himself to London, he hired the dance coach to help him get the moves. He did all of those things prior to production. The results are all up there on the screen — it’s incredible. It’s amazing.”