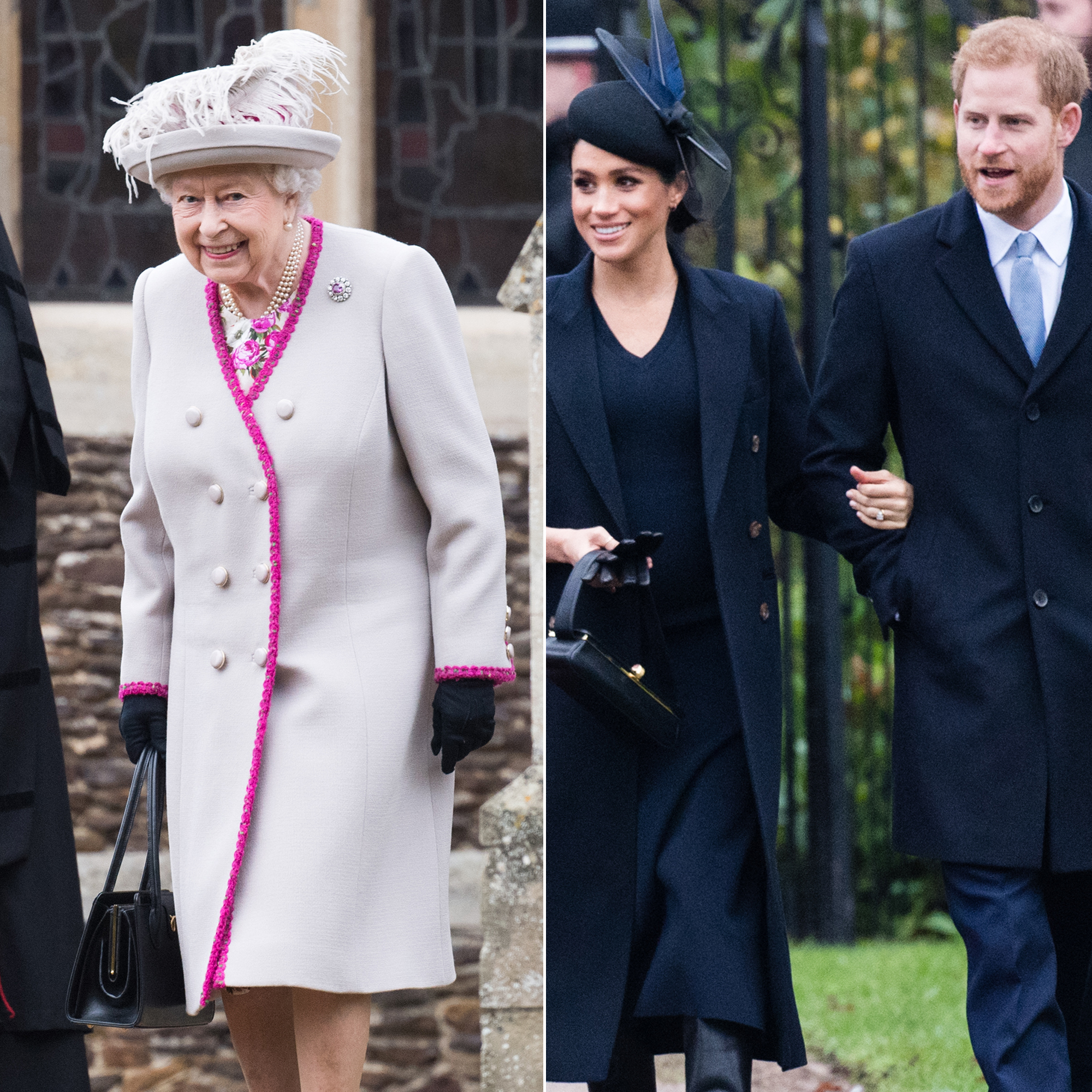 “It has been a busy year for my family, with two weddings and two babies, and another child expected soon,” the monarch, 92, told the country. “It helps to keep a grandmother well occupied.”

The Duke and Duchess of Sussex tied the knot at St George’s Chapel at Windsor Castle in May. Nearly five months later, Harry’s cousin Princess Eugenie wed her longtime love, Jack Brooksbank, at the same location.

As for the babies mentioned in the queen’s speech, Prince William and Duchess Kate welcomed their third child, son Louis, in April. The ruler’s granddaughter Zara Tindall also gave birth to her second daughter with husband Mike Tindall in June. The pair named the little girl Lena Elizabeth after her great-grandmother.

Meanwhile, Harry, 34, and Meghan, 37, announced in October that they are expecting their first child.

Queen Elizabeth added in her address: “Through the many changes I have seen over the years, faith, family and friendship have been not only a constant for me but a source of personal comfort and reassurance. Even with the most deeply held differences, treating the other person with respect and as a fellow human being is always a good first step towards a greater understanding.”

The royal family, including William, Kate, both 36, Harry, Meghan, Queen Elizabeth, and Prince Charles, came together to celebrate the holidays on Christmas Day. The brood attended mass at St. Mary Magdalene at Sandringham.

The fab four were all smiles amid reports of a rift. However, a source told Us Weekly in November of Kate and Meghan’s rumored beef: “The ‘feud’ is definitely being played up. Are they the best of friends? No. Do they speak every waking second? No. Do they hate each other? Absolutely not.”

The insider noted that the Suits alum and the Duchess of Cambridge “are two women under serious amounts of pressure, stress and under a huge spotlight that no one can relate to — they will always have a bond that no one can break.”