Almost everyone around them is getting engaged, but Tom Sandoval and Ariana Madix haven’t caught the bug.

The Vanderpump Rules couple exclusively caught up with Us Weekly at iHeartRadio’s Jingle Ball in Los Angeles on Friday, November 30, and revealed that engagement is on the back-burner.

Sandoval, 35, teased that he and Madix, 33, will “probably never” take that step in their relationship. She echoed: “It’s not on the agenda for us.”

Although she won’t be ring shopping anytime soon, Madix teased that costar James Kennedy and his girlfriend, Raquel Leviss, “might actually” be the next Pump Rules couple to get engaged, following in the footsteps of Brittany Cartwright and Jax Taylor and Lala Kent and Randall Emmett. Madix also noted that “Stassi [Schroeder] and [her boyfriend] Beau [Clark] are coming in hot.” 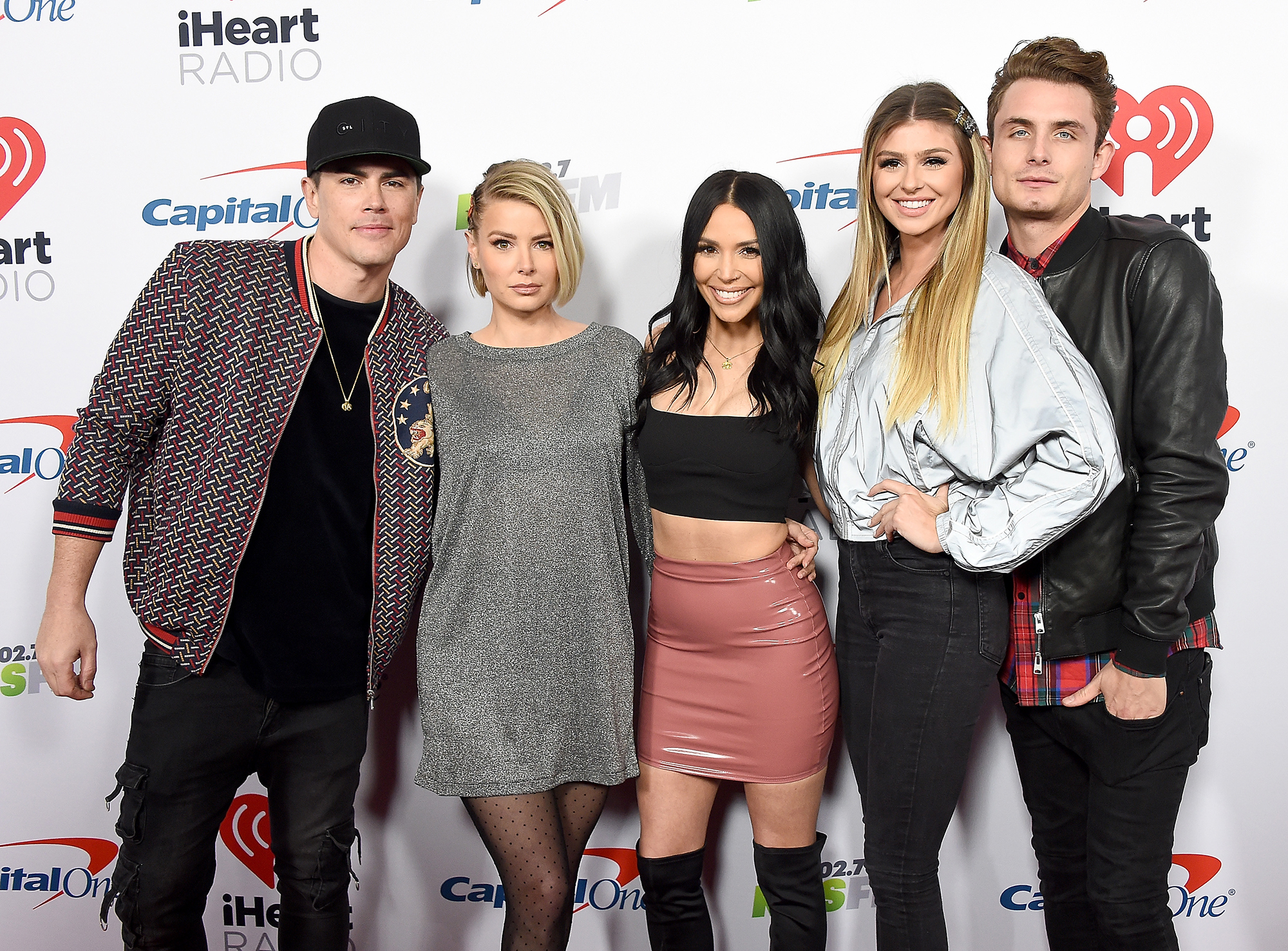 Even so, the SUR-ver and the TomTom cofounder are on their own path when it comes to marriage and children, neither of which they’re planing for. “I feel like I have way too much stuff I’ve got to do, you know? I’ve got to travel the world, I’ve got to be a successful businesswoman, I’ve got to put out a series of cocktail books,” Madix explained to Us. “I gotta go to outer space. I want to go to outer space so bad.”

Luckily for her, Sandoval is on the same page. “I can open a TomTom on Mars. We have so much to do,” he quipped. Madix chimed in, “Tom, there’s a lot of real estate out there right now.”

Rather than spending money on an engagement and a wedding, the Bravo lovebirds are looking forward to putting down roots and purchasing a house together. “To me, we’d rather put our money in that investment than, to us, marriage or a wedding and all that, an expensive ring,” Sandoval told Us. Madix added in agreement: “People spend so much money on weddings, it’s kind of crazy.”