The Portugal vs. Uruguay World Cup match was interrupted by an unexpected intruder on Monday … when a man holding a rainbow flag stormed the pitch in protest.

The spectator made his move 50 minutes into the contest … running at full speed before getting stopped by security and escorted off the grass.

Along with the rainbow flag, the man was wearing a Superman shirt that read “Save Ukraine” on the front … and “Respect For Iranian Women” on the back.

Of course, homosexuality is illegal in Qatar … and the stunt is sure to come with serious ramifications. 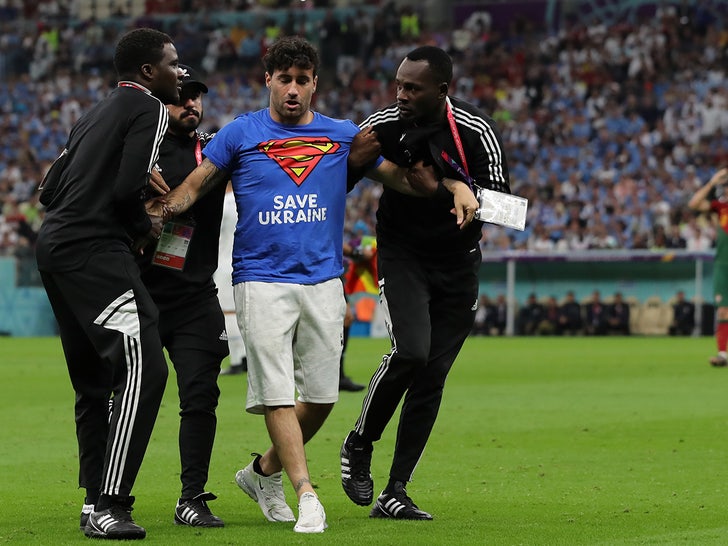 As we previously reported, journalist Grant Wahl said he was detained for nearly half an hour last week … after World Cup guards took issue with his pro-LGBTQ shirt.

The spectator’s message for Iranian women’s rights also comes on the heels of Team USA’s decision to alter the country’s flag in support of the same cause … which led Iranian state media to call for FIFA to boot America from the massive sporting event.

No word on what kind of punishment the fan will get … but odds are it’s not going to be a slap on the wrist.