After getting married in December 2018, Priyanka Chopra and Nick Jonas are still going strong, and actor revealed just how well they’re doing during an appearance on Oprah Winfrey’s Super Soul Sunday talk show. In an exclusive preview from the interview (which will air on March 20 on Discovery+), she opened up about their two-year marriage, and Priyanka Chopra’s quote about Nick Jonas admiring her ambition is honestly too sweet for words. "That was one of the first things he said to me actually," Chopra told Winfrey. "He was just so excited about everything that I did."

According to Chopra, the singer always shows support for her latest projects, including her starring role in the Netflix original film The White Tiger. "He’s watched The White Tiger six times," she gushed. "He’s talked about it to all his friends, [and] he’s read the book like seven times. He’s just a champion."

As she explained to Winfrey, Jonas’ endless support reminds Chopra of her late father, Ashok Chopra, who died in June 2013. "He reminds me so much of how my dad used to be," she said of Jonas. "And my dad was such a big cheerleader of mine, and now I feel like I’m married to my cheerleader, too." 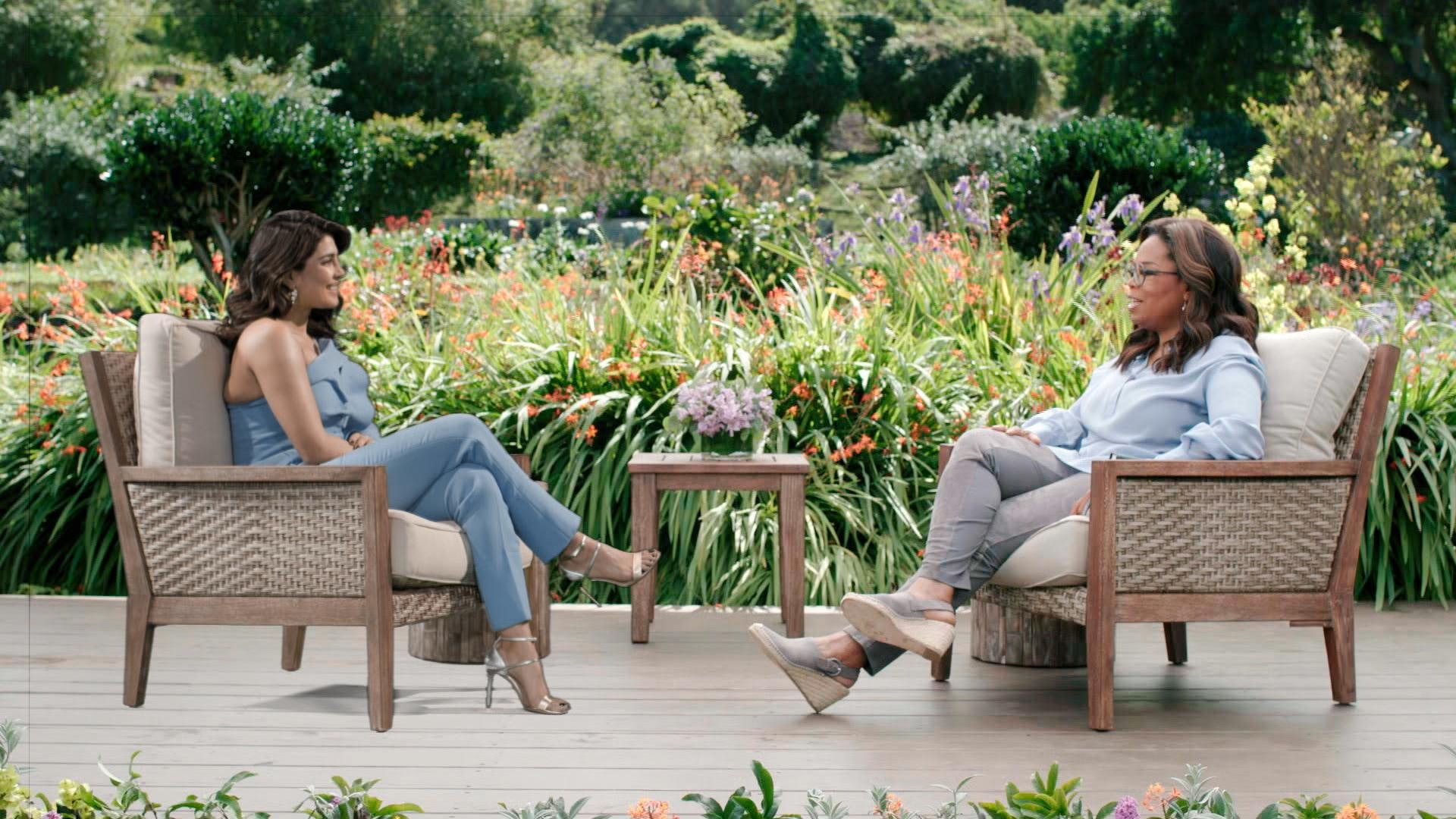 Chopra and Jonas always seem to be on the same page with their values, and though they’re planning on starting a family someday, Chopra made it clear her drive isn’t slowing down anytime soon. "We both know that that’s something that needs to happen, but it’s not something I think about very much," she told reporters at the premiere of Isn’t It Romantic in February 2019 when asked about the possibility of children. "We’re both very driven, we love our work, we’re married to our work, and we’re both very supportive of each other’s work. So I’m sure it will happen in an organic way."

Jonas also gushed about the possibility of being a dad during a December 2018 appearance on the podcast The Rewind With Guy Raz. "I am a very live-in-the-today, maximum-live-in-the-next-two-months kind of person," he shared at the time. "But [in] 10 years, I definitely want to have kids. That is, it’s going to happen in the next 10 years. Well, hopefully earlier than that. I’m very fond of children and I want to be able to do that."

I can totally see Chopra and Jonas will a little brood of their own. And if they do become parents, you can bet Chopra and Jonas’ incredible ambition will be passed on to their kids.