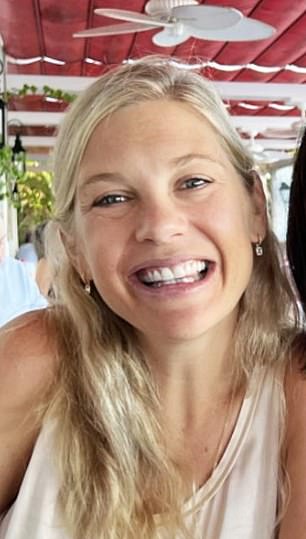 Cheslsy Davy split up with Prince Harry after a seven-year relationship. She has recently married the brother of Hollywood actor Jack Cutmore-Scott, who stared in Christopher Nolan’s Tenet

Chelsy Davy split up with Prince Harry after a seven-year relationship because she didn’t want to be a royal bride.

But, happily, the former City lawyer has not been scared off marriage altogether.

I hear Chelsy, 36, has exchanged vows with hotelier Sam Cutmore-Scott, 37, who was in the year above Harry at Eton College.

‘They are married,’ a friend tells me. ‘Very few people knew about the wedding.’

The couple decline to comment but Chelsy appears to have confirmed the news by sharing a photograph with friends of her wearing a wedding ring below her sapphire engagement sparkler.

I disclosed in March that she had given birth to her first child, a boy called Leo, in January with virtually no one knowing she was pregnant. The father’s identity was a mystery.

However, the following week her friends told me he was Oxford graduate Cutmore-Scott, managing director at The Harper Hotel in Holt, Norfolk.

He’s the brother of Jack Cutmore-Scott, 35, the dashing Hollywood actor best known for his role in Christopher Nolan’s Oscar-winning film Tenet and the drama series Deception. 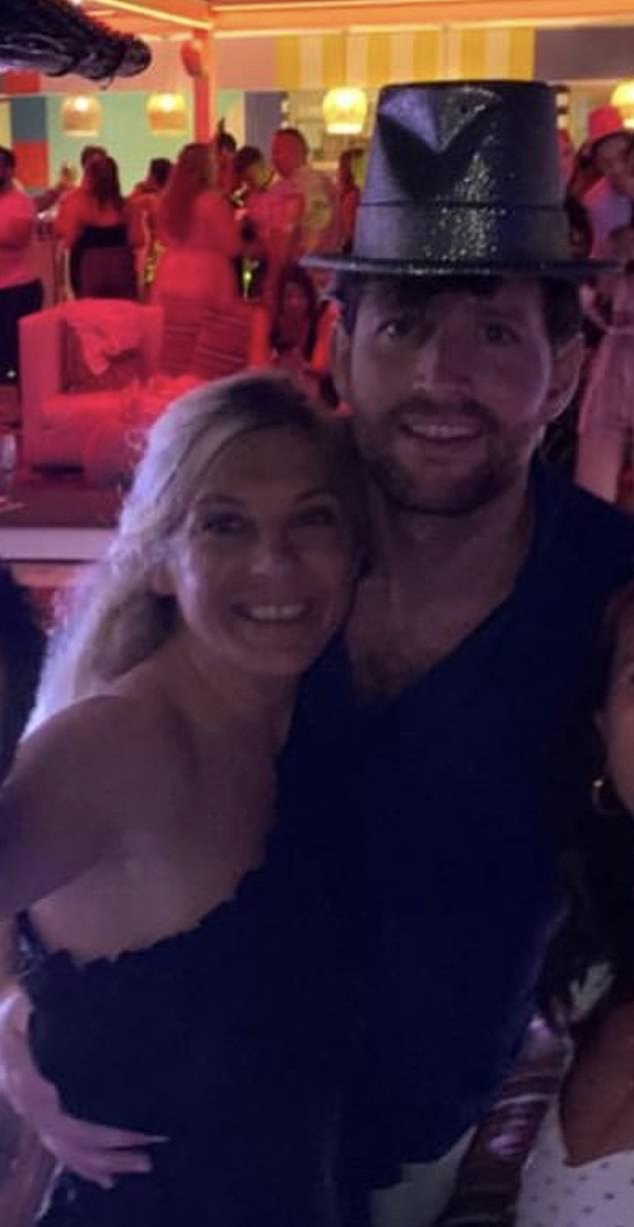 Chelsy began dating Harry while she was a pupil at Cheltenham Ladies’ College and the pair split in 2011. Now, she’s tied the knot with her long-term boyfriend Sam Cutmore-Scott

Sam’s a director of his parents’ hospitality company, the Bijou Collection, which owns four exclusive wedding venues: a mansion, a manor and an abbey in the Home Counties and a chateau in the South of France. He and Chelsy live together in Chiswick, West London.

Party-loving Chelsy, who was born in Zimbabwe and now runs a jewellery and luxury travel business, revealed in 2020 that she had a serious boyfriend, but did not give his name, explaining: ‘There is someone, and I am quite taken by this one, but it’s very new and I don’t want to say too much.’

Chelsy began dating Harry while she was a pupil at Cheltenham Ladies’ College and the pair split in 2011.

Cara, 29, sat next to the American, 27, known for her sexually explicit lyrics, at the Billboard Music Awards in Las Vegas.

The goddaughter of Dame Joan Collins even helped carry the train of Megan’s Mugler gown on the red carpet.

Perhaps she’s been asking Megan for tips to overcome her fear of performing live. Cara has said: ‘If someone doesn’t like my acting or modelling, that’s OK; but when it’s my music, that’s different.’

Pop star-turned-TV presenter Mica Paris is ‘sick’ of the way black women are portrayed on screen. ‘I do get annoyed with the stereotypes — we’re still Gone With The Wind “Mammy”,’ she tells me at a London reception. ‘I want to see a black woman on TV who’s British, smart and looks great. What’s wrong with that? Why does it have to be that they’re never intelligent and always giggly? The stereotype needs to be thrown out.’ 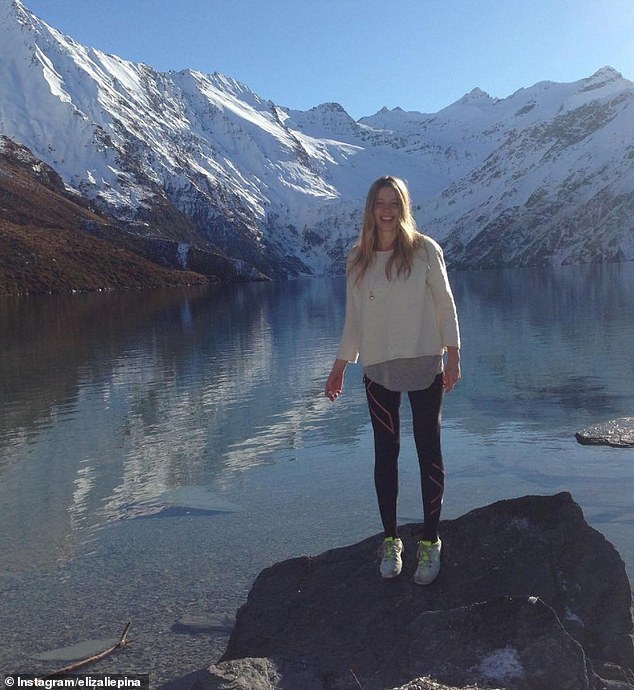 Eliza Liepina was born in Latvia, where her parents endured life under Soviet communism before leaving for New Zealand. She is pictured in Queenstown

She was born into Soviet communism, until her family left for a fresh start in New Zealand, but Eliza Liepina completed her transformation into lady of the manor at the weekend when she married the Earl of Bradford’s son and heir, Viscount Newport.

Latvian-born property consultant Eliza, 31, wore a Phillipa Lepley gown as she exchanged vows with Alexander, 42, in front of the Bishop of Lichfield before attending a lavish reception at Weston Park, the former family seat in Shropshire.

The four-day extravaganza is said to have cost about £500,000. ‘No expense was spared,’ one of the guests tells me.

Desperate to be taken seriously as an actor, Steve Coogan admits he was left ‘spitting blood’ after being overlooked for an ITV drama because producers couldn’t separate him from his comic creation, Alan Partridge.

‘Charles Sturridge wanted me to play the lead,’ he claims of The Scapegoat, but the role ended up going to Matthew Rhys. ‘They said, “We just don’t want him because of who we think he is. It just seems wrong. He’s Alan Partridge”. I was so angry — I was spitting blood.’

Maybe the audition just didn’t go as well as he thought?

Beatles won’t join The Who!

The Who continued to soldier on without drummer Keith Moon and bassist John Entwistle. The Beatles, meanwhile, have their rhythm section extant but no John and George. Is there a marriage to be made?

‘Zak Starkey now plays drums with The Who, so we get to see (Zak’s dad) Ringo quite a bit,’ says Pete Townshend, tickled by the plan. ‘And Macca , I’m very close to. But I don’t think The Who and The Beatles will happen. Good idea, though.’