Piers Morgan, 55, addressed claims made by Mario Falcone that his sister Giovanna Fletcher, who won the latest series of I’m A Celebrity… Get Me Out Of Here!, could be set to replace him on Good Morning Britain. The acclaimed journalist did not hold his tongue, as he took to social media to speak on reports that the mummy blogger could take his job.

Piers retweeted a link to an interview with former The Only Way Is Essex star Mario Falcone, who shared his sister will now proceed to have a lucrative career in TV presenting.

Mario told The Sun: “She [Giovanna] has that warmth and she’s very engaging.

“I think people will like that positivity. If she’s the first face you see in the morning on your TV, you’re gonna have a good day.

“So I’d be very surprised if someone doesn’t snap her up for presenting.” 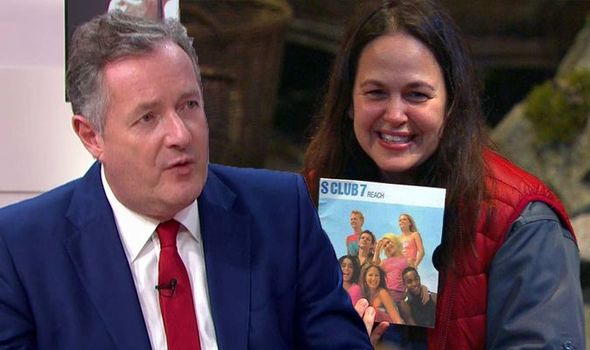