Good Morning Britain host Piers Morgan is encouraging “very famous people” to have the COVID-19 vaccine in order to motivate others to get immunised. Talking about the rollout of the immunisation injection, the presenter said rocker Rod Stewart was happy to volunteer.

Piers revealed the news during a segment on TV this morning.

Speaking to his co-host Susanna Reid and guests, he said the 75-year-old had got in contact with him and would step forward.

“I had an email yesterday actually from Sir Rod Stewart offering his services if we were looking for people to do it, and he was just doing it as a public spirited gesture.

“His wife had mentioned that we had been talking to Matt Hancock about it and he said, ‘look, if you think it would help, I would happily volunteer’. 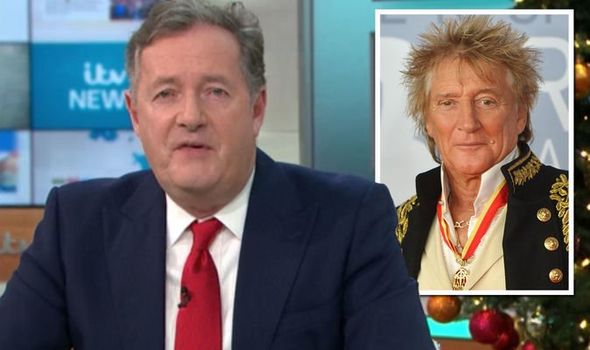 We will use your email address only for sending you newsletters. Please see our Privacy Notice for details of your data protection rights. Ben Shephard says Kate Garraway’s ‘eternal optimism’ is inspirational

“I thought that was great,” Piers told viewers.

“I think the more very famous people, who have a lot of fans and a lot of followers, the more they are seen to take it… people will think, ‘if they’re taking it then I feel better,’“ he added.

Despite the vaccine being approved in this country, many are hesitant to take it.

Some of the panel agreed that the general public would be reassured if they saw people, including members of parliament and health officials, rolling up their sleeves to get the jab done on TV. 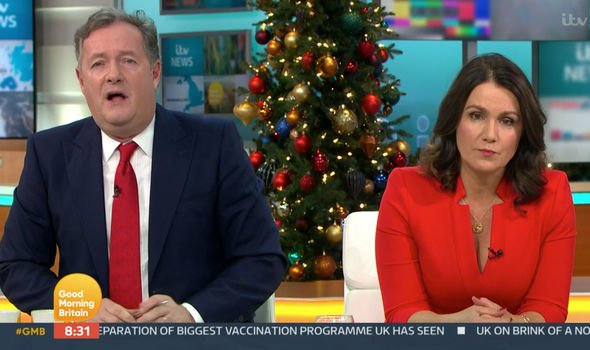 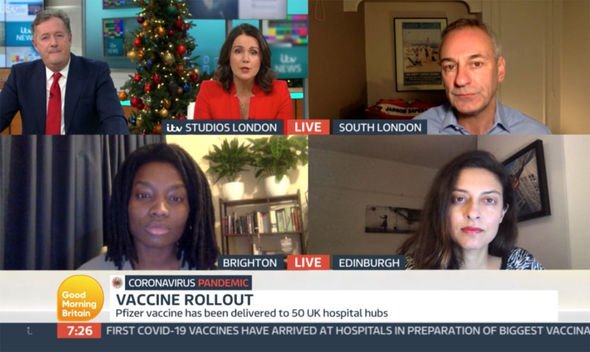 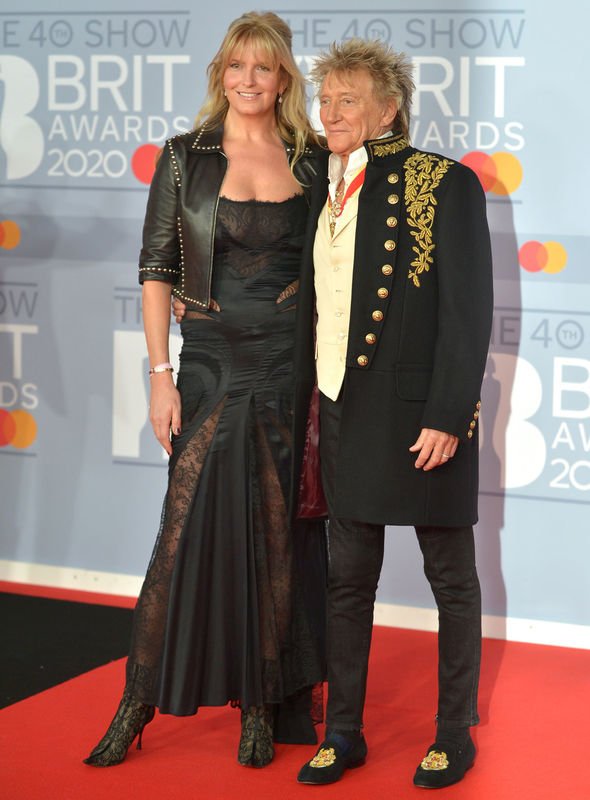 The coronavirus vaccine developed by Pfizer/BioNTech has now been approved for use in the UK.

It will be made available from this week.

The vaccine will be rolled out to people over the age of 80, those in care homes and care home workers and health and social care workers in England first.

The NHS website says: “So far, thousands of people have been given a coronavirus vaccine and no serious side effects or complications have been reported.”

At 75, Rod would be relatively high on the list of people who are most at risk of suffering more severely from the virus.

The musician lives with his wife Penny Lancaster and his youngest children Alastair, 15 and Aidan, nine.

Piers said it was the 49-year-old Loose Women star who told her husband about the idea of famous people volunteering to boost confidence.

On the show, Professor Devi Sridhar, Chair of Global Public Health, Edinburgh University, spoke in more depth about the vaccine.

She said: “This vaccine stops severe illness, severe COVID-19 in vulnerable individuals,” before warning that there were not not enough doses to go around.

Other vaccines are awaiting approval and will hopefully be available at the start of the new year.

“The Oxford vaccine looks to be coming online in mid January and there are many more doses of that, it’s much cheaper and it’s easier to roll out because it doesn’t require the extreme cold temperatures,” she continued.

“The science behind these vaccines looks pretty clear, studies that have been published are pretty clear on the safety and the effectiveness.”