Patton Oswalt and Meredith Salenger have announced a new podcast called Did You Get My Text? where the “bubbly, happy married couple go over their texts and stuff.”

“We live in the same house and we rarely see each other for some reason,” Oswalt says in the trailer of their busy schedules. Salenger adds, “Well, we text each other all day long but we never actually get a chance to sit down and talk about it, so the podcast is the perfect opportunity for us to actually sit down, look at what we texted out each other throughout the day.” 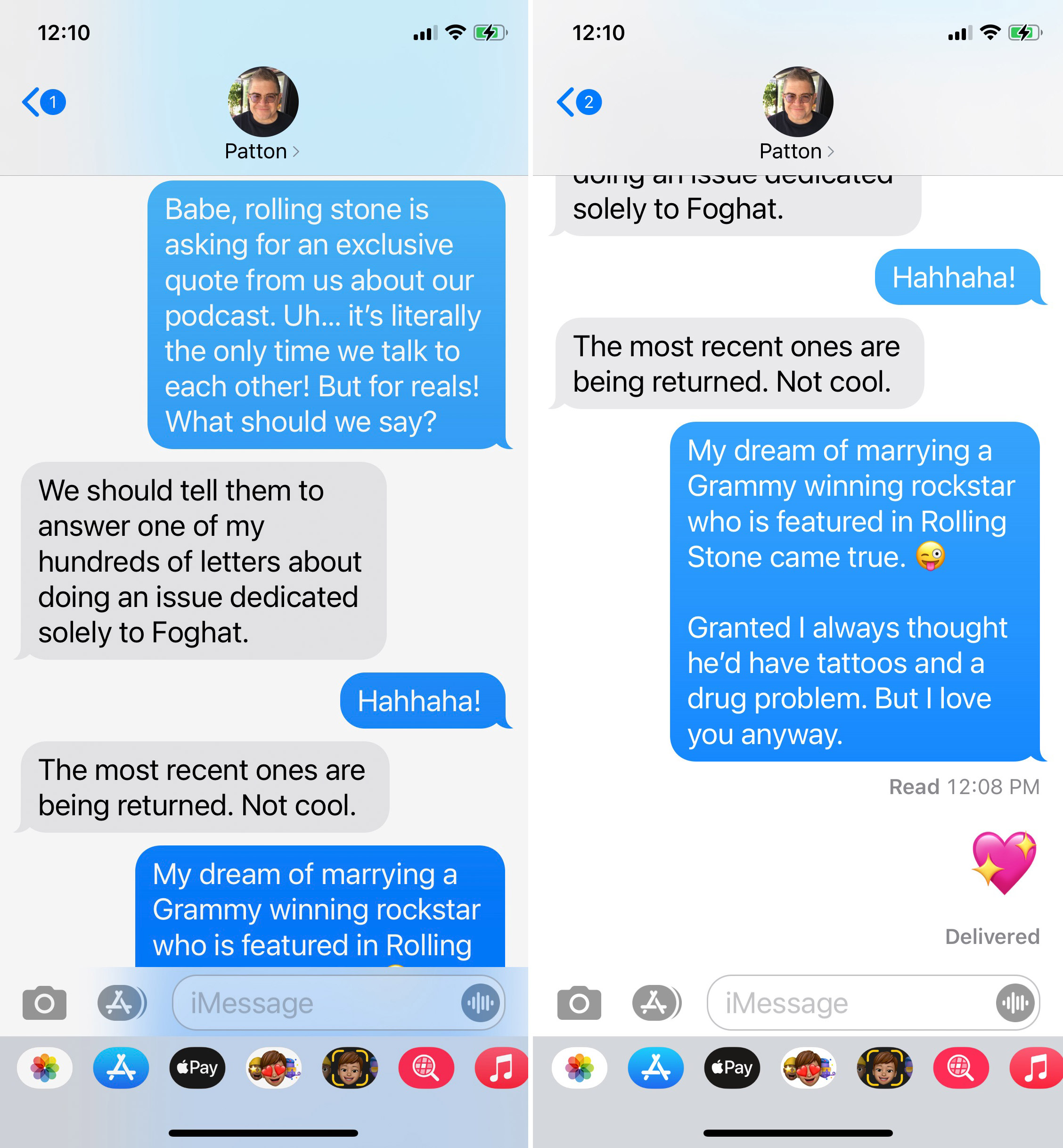 Among the many random topics the couple cover are apocalyptic go-bags, the experience of tripping on acid during Bill Clinton’s inauguration, and which character from Platoon they resemble most.

The podcast was one of the final projects initiated by Starburns Audio CEO and co-founder Jason Smith, who died March 26th, 2021; the podcast is executive-produced by Smith and Cliff Dorfman.