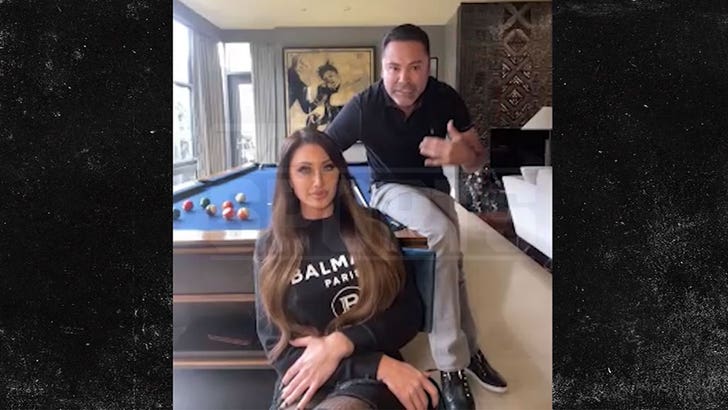 Oscar De La Hoya planned to fight this year, but COVID-19 had other ideas … yet the Golden Boy is still determined to return to the ring next year, and the fight he wants most — Floyd Mayweather!!

TMZ Sports talked to 48-year-old De La Hoya — along with his GF Holly Sonders — and asked the former boxing champ about his future in-ring plans.

“Personally, right now I’m not motivated because of COVID. I was actually in great shape and then COVID hit me, so my morale right now is a little low in terms of me fighting in the ring personally,” Oscar says.

“But come January, I’m sure I will get right back into it and start training again and prepare myself mentally first. But I do want to get out there again, possible Cinco De Mayo.”

Of course, Oscar was scheduled to fight 44-year-old MMA legend Vitor Belfort in September … but caught COVID only days before the bout, forcing him to pull out. 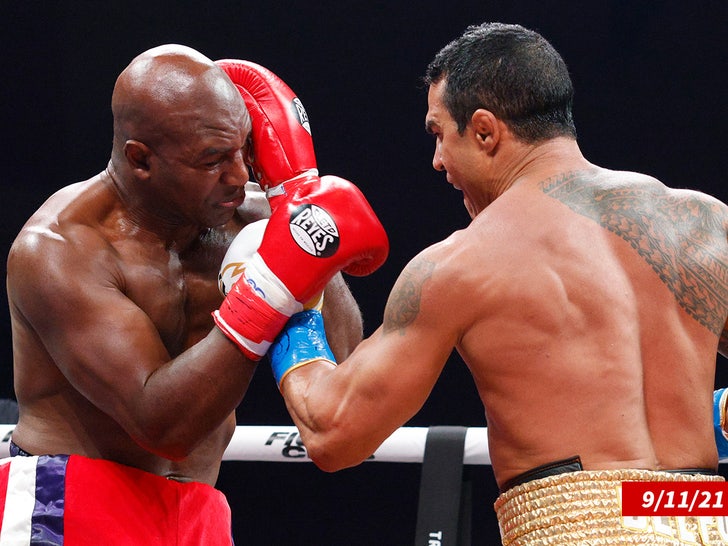 Evander Holyfield took ODLH’s place … and was TKO’d by Belfort in the first round.

“Who knows, it could be Floyd Mayweather,” Oscar said, later continuing … “It’s probably the biggest fight you could make today.”

ODLH previously told us he’d offer Mayweather $100 million for the fight. We asked Oscar if that money was still there for Floyd, and he said yes.

If Oscar was to fight Floyd, it’d be a huge deal not just because they’re two of the best fighters ever … but because the men have history.

They fought in May 2007 … a fight Floyd won via split decision — taking Oscar’s WBC light middleweight belt in the process.

36 minutes of fighting didn’t squash the beef … Oscar and Floyd have gone back-and-forth with trash talk over the years.

De La Hoya hasn’t been in the ring as a fighter for 13 years … a streak that could end very soon. 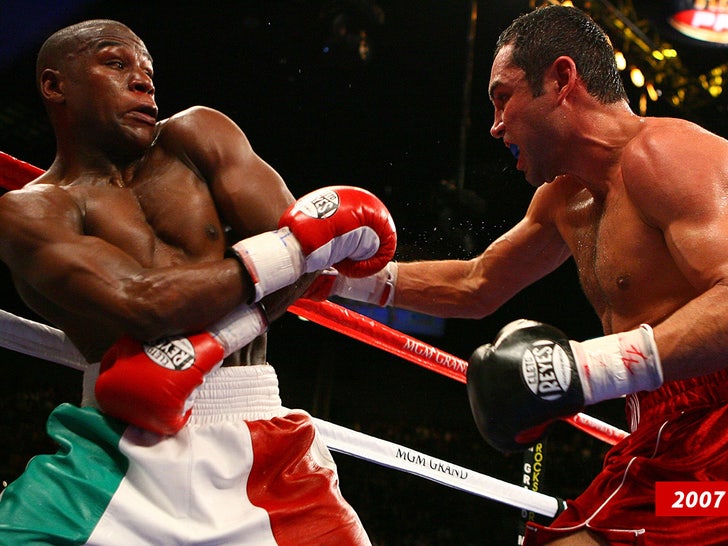