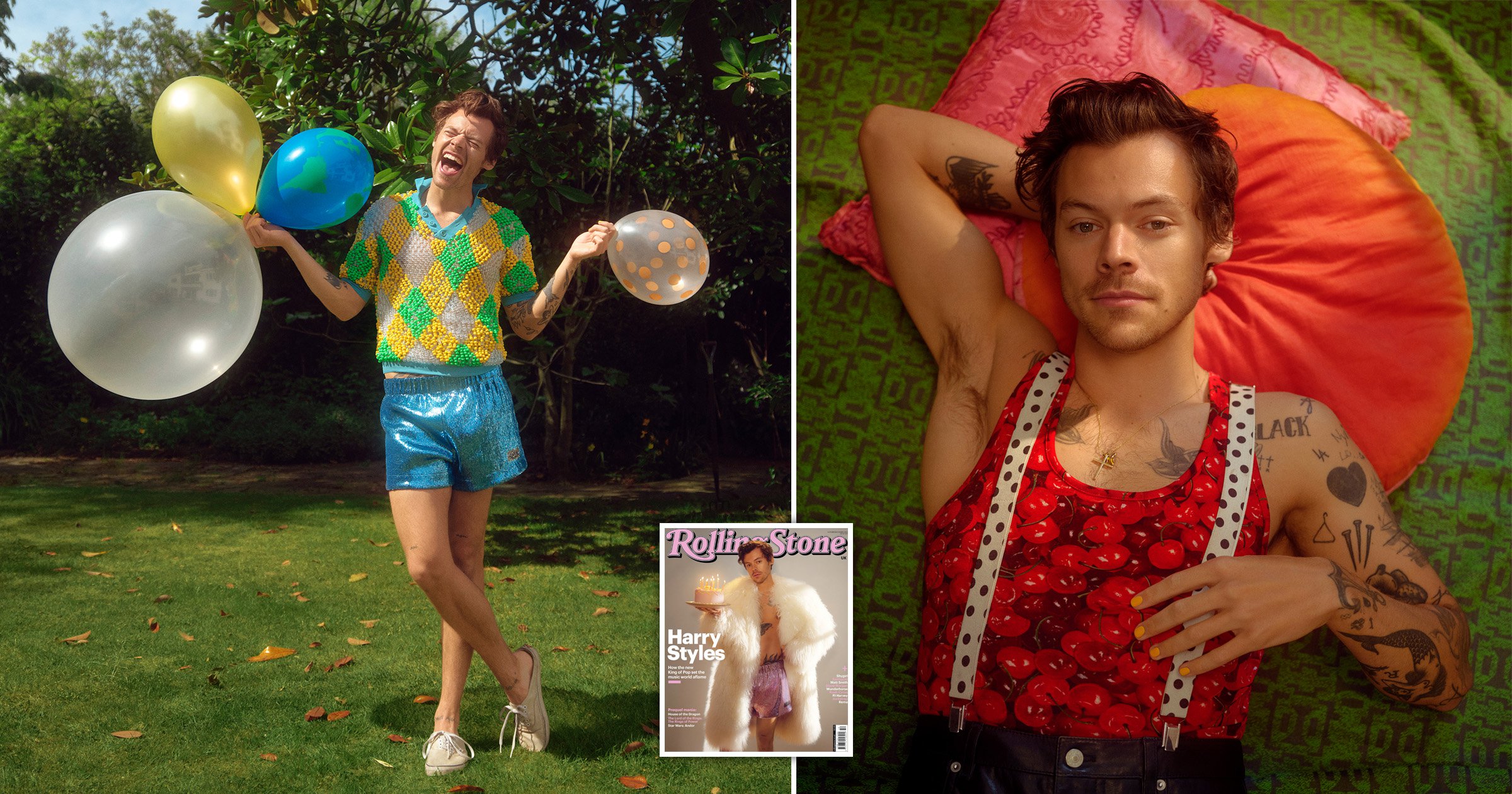 In a rare insight into their relationship, Olivia Wilde has reflected on her experience with Harry Styles’ fandom, branding them ‘true champions of kindness’.

After being snapped holding hands at the wedding of Styles’ manager and close friend Jeffrey Azoff in January 2021, all eyes have remained on the pair and their burgeoning relationship, after meeting on the set of Don’t Worry Darling – Wilde’s upcoming film starring Styles.

But with interest came the online forums, nasty hot takes on social media, teasing posts about her dancing, and continued speculation around her personal life, as she also navigated a custody battle with ex Jason Sudeikis.

Still, reflecting on the fandom together, Wilde, 38, insisted the majority of 28-year-old Styles’ followers stand for kindness.

She told Rolling Stone as part of Styles’ (quite frankly, breathtaking) global cover shoot: ‘What I don’t understand about the cruelty you’re referencing is that that kind of toxic negativity is the antithesis of Harry, and everything he puts out there. I don’t personally believe the hateful energy defines his fan base at all. The majority of them are true champions of kindness.’

Styles also reflected on the place he’s found himself in, as one of the biggest pop stars, and perhaps actors, in the world right now, saying that he chose not to talk about his life, ‘away from his work’ publicly, nor correct anything that’s out there, such as when it came to speculation around his sexuality or who he may or may not be dating/have dated.

‘Sometimes people say, “You’ve only publicly been with women,” and I don’t think I’ve publicly been with anyone. If someone takes a picture of you with someone, it doesn’t mean you’re choosing to have a public relationship or something,’ he said.

Despite trying to keep his cards to his chest, Styles did address the more ‘toxic’ corners of social media and how those close to him are treated by being in his orbit, most obviously Wilde, who’s 10 years older than Styles, which seemingly continues to rile up many, noting it ‘obviously doesn’t make me feel good’, and that it’s ‘difficult’ to feel as if those who get close to him are ‘at the ransom of a corner of Twitter’.