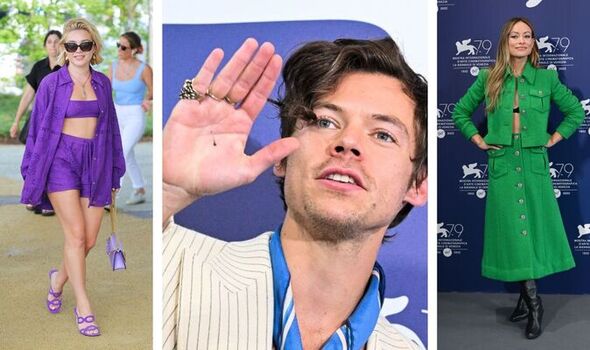 In spite of the rumoured feud between herself and director Olivia Wilde, leading lady Florence Pugh eventually arrived to promote the Don’t Worry Darling movie – and the pair were joined by Olivia’s boyfriend and actor Harry Styles

However, feverish speculation began when the pair failed to arrive together, and when Florence Pugh, 26 – Harry’s on-screen wife in the movie – initially didn’t show up at all.

The pair stood separately at one of their joint photo calls, with Olivia dressed to impress in an exquisitely tailored lime green Chanel suit which offered a glimpse of her bra underneath.

Despite rumours of a feud between Olivia and Florence, it quickly emerged that the latter was simply running late, due to dashing straight from another photo call in a different country.

Florence’s action-packed schedule saw her touch down in Budapest for Dune Part 2, before quickly rushing to Venice, which is a flight or seven hour drive away.

Meanwhile Harry was completely dressed down in comparison to previous flamboyant photo shoots, in a cream pinstripe suit jacket and black trousers.

Olivia finally addressed feud rumours at the press conference, saying there is no bad blood between herself and Florence in spite of “endless gossip” and that her leading lady is a “force” to be reckoned with. 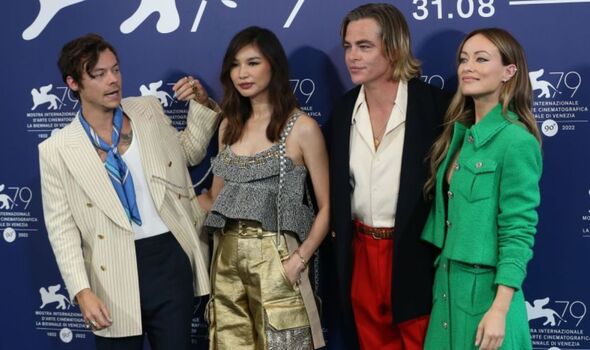 Olivia Wilde, Harry Styles and the rest of the cast pose for photos

Prior to the eagerly awaited press conference, Harry Styles, Gemma Chan, Chris Pine and Olivia Wilde all posed for photos on the red carpet 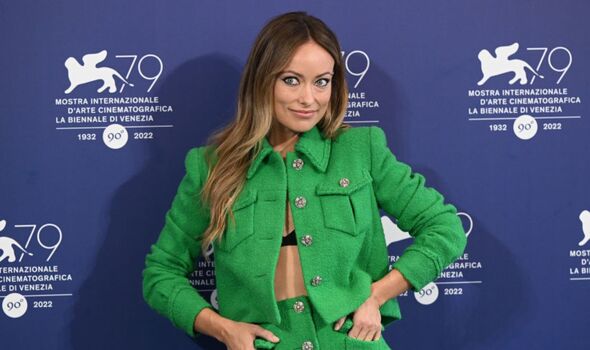 All eyes were on director Olivia Wilde when she made her entrance in an exquisitely detailed Chanel suit with crystal embellishments on its buttons, which Instyle fashionistas praised as the “epitome of power dressing”. 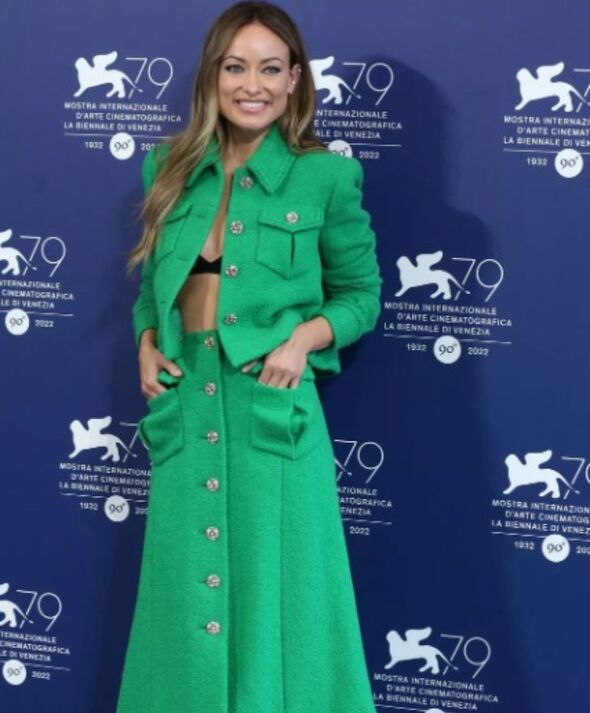 Olivia Wilde flashed her bra at the event

Olivia Wilde’s suit jacket fell open to reveal the director’s shirtless physique, as a peek of her black bra was displayed beneath it. Meanwhile she clarified at the press conference that she was “thrilled” and “honoured” to have Florence on board, silencing rumours of a feud. 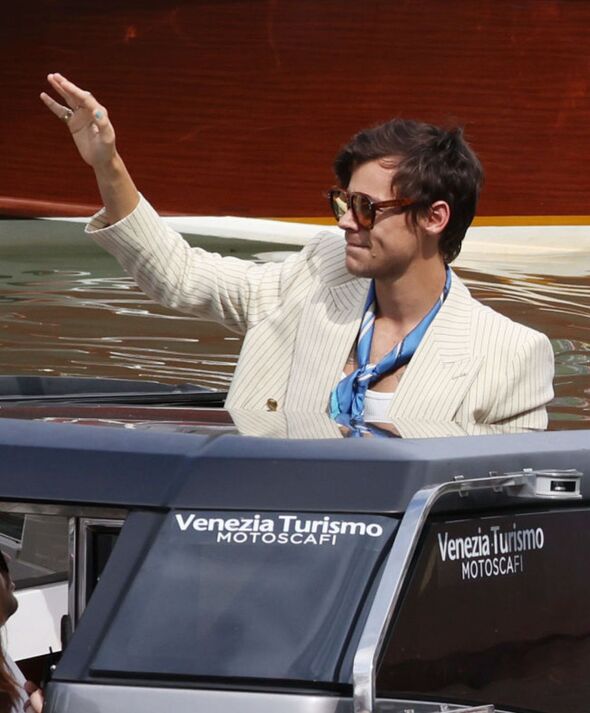 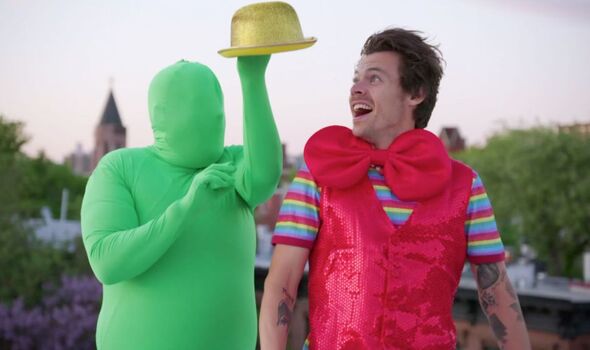 Harry Styles was dressed down in comparison to previously flamboyant outfits

Harry Styles is known for his flamboyant and sometimes gender ambiguous clothing, most recently appearing at a show resembling a bumble-bee in a neon striped costume, and also dressing unusually on a recent episode of The Late Late Show with James Corden (pictured). 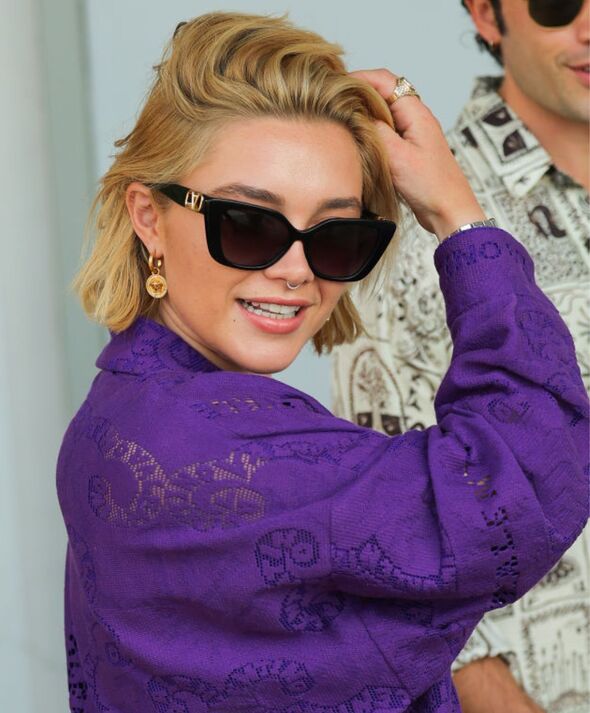 Florence Pugh turned heads when she arrived at the event too

Florence Pugh was a spectacular sight to behold when she finally touched down at Venice Airport in an all-purple outfit, despite being absent from the early press conference.