Here come the newlyweds! Nick Jonas and Priyanka Chopra were all smiles as they left their wedding ceremony in Jodhpur, India, on Monday, December 3, and the 26-year-old singer even showed off his wedding band as he gave photographers a thumbs-up. 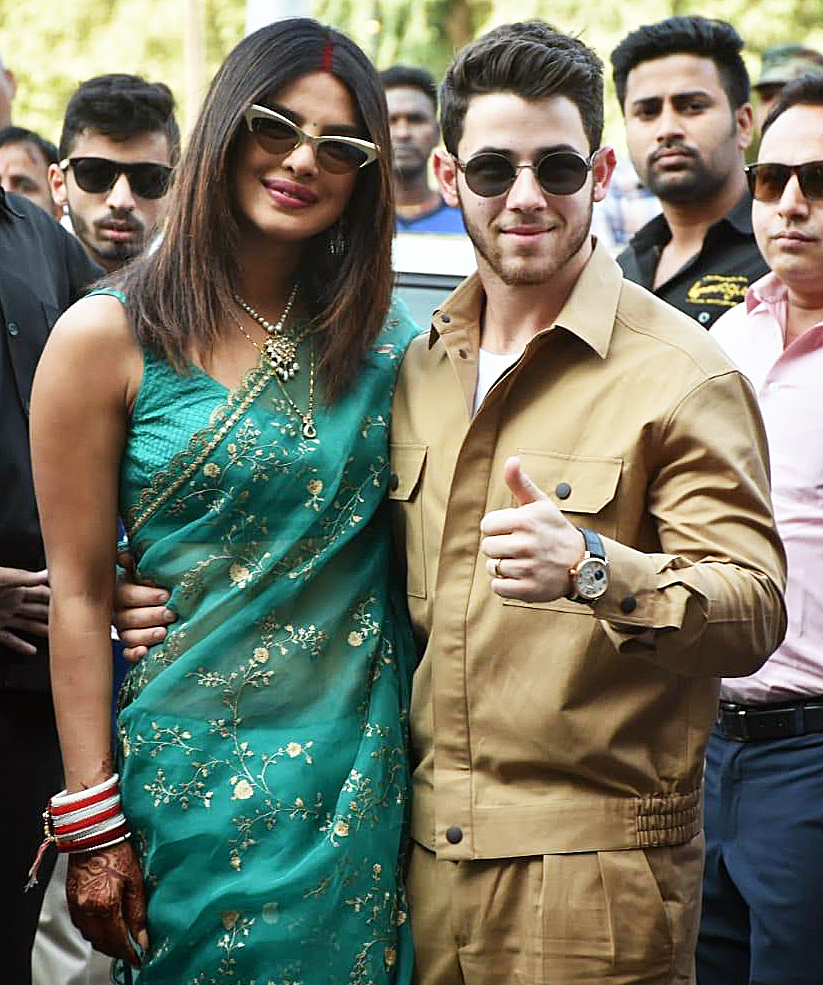 Surrounded by security personnel, Jonas wore a tan jacket and tan trousers, while his 36-year-old bride wore a turquoise sari.

The A-list couple married in a nearly-two-hour Christian ceremony at the Umaid Bhawan Palace in Jodhpur on Saturday, December 1, Us Weekly confirmed. Nick’s brothers and parents attended the event in full force, along with Sophie Turner, Joe Jonas’ fiancée. In fact, Kevin Jonas Sr., the father of the groom, delivered a message before Nick and Chopra exchanged vows. 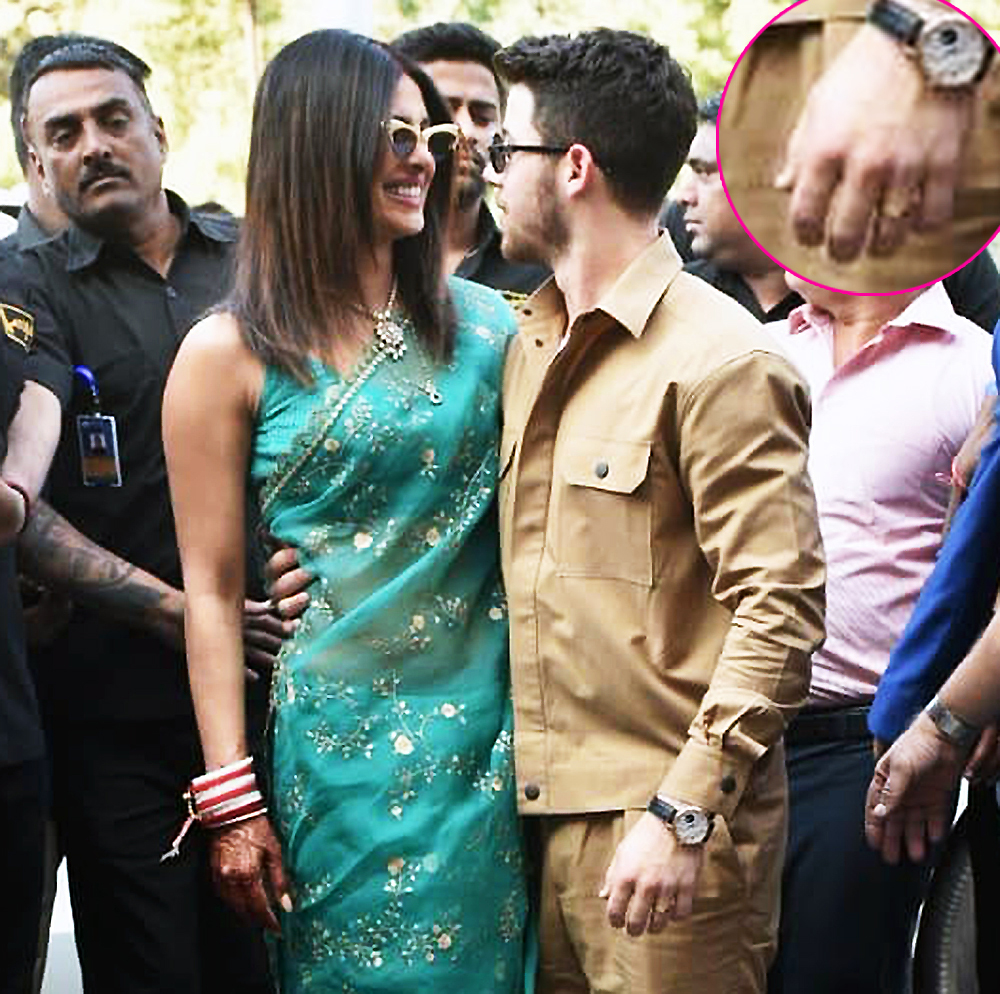 At the reception, the couple danced to Roberta Flack’s “First Time Ever I Saw Your Face” and guests enjoyed a three-minute firework show and a performance by Indian singer Manasi Scott.

The “Levels” singer and the Quantico alum married a second time the following day in a traditional Hindu ceremony in Jodhpur. Photos of the event showed a white horse and an elephant festooned in red and gold and ready to carry the couple.

Other festivities of the weekend included the Mehendi ceremony, at which Chopra got henna tattoos, and the Sangeet, a musical night of singing and dancing enjoyed by both sides of the family. “Priyanka and I have been looking forward to the Sangeet … to see what each side of the family had put together,” Nick wrote on Instagram on Sunday. “We’re both so full of gratitude for the effort and the love put forth by both families. What an amazing start to a lifetime!!”

The just-married couple announced their engagement in July after two months of dating. “She was thrilled,” a source told Us of Chopra’s reaction to Nick’s proposal, noting that the duo are eager to start a family together.