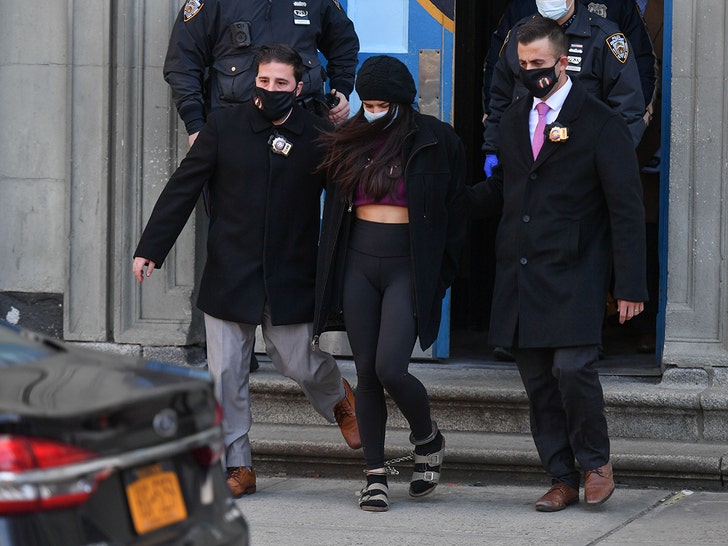 4:41 PM PT — This case is clearly not going to have any racial implication, despite the victim’s family feeling race had everything to do with her actions. The D.A. never uttered the words that the 14-year-old boy was black. This underscores the prosecutor’s decision not to charge Miya with a hate crime.

There’s also this … prosecutors briefly detail another incident in which Miya allegedly damaged an apartment door somewhere in NYC BEFORE her run-in with the Harrolds.

4:04 PM PT — She’s due back in court in the Big Apple on March 29 — and don’t forget, she’s got a couple court dates lined up later this month as well here in Cali for two other pending cases.

Miya Ponsetto — aka SoHo ‘Karen’ — isn’t going to court kicking and screaming the way she allegedly has when getting arrested … this time cops made sure it wouldn’t happen, with the help of a couple restraints.

Here’s Miya being led out of an NYC police precinct in lower Manhattan Saturday by a couple of detectives who are escorting her to a waiting vehicle, which is set to take her to Manhattan Criminal Court … where she’s expected to be arraigned on a slew of charges.

Check out Miya … she’s obviously handcuffed, but her feet are shackled as well. She’s also got a face mask on, a beanie, black leggings and Birkenstocks … similar to what she wore when she attacked 14-year-old Keyon Harrold Jr. at the Arlo Hotel in SoHo, falsely claiming he stole her iPhone.

As for her feet being bound … it’s interesting. Miya’s got a documented history of allegedly resisting arrest — in fact, cops say she did exactly that when they picked her up most recently and extradited her to NYC. Time after time, she appears to put up a fight. 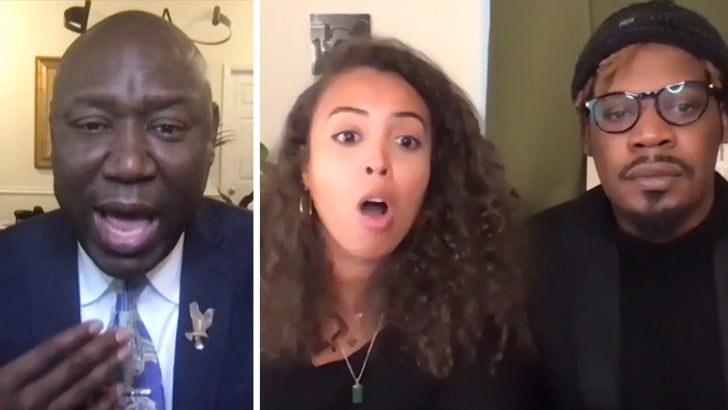 Miya’s been rung up on a ton of charges — including attempted robbery, grand larceny, acting in a manner injurious to a child and two counts of attempted assault — but she hasn’t been charged with a hate crime, which is telling.

Keyon Jr.’s parents and their attorney, Ben Crump, made it clear this week on ‘TMZ Live’ … there are two justice systems in this country, and that Black people often get the short end of the stick when authorities pursue justice on their behalf. They want her charged with a hate crime.

As for Saturday’s scheduled arraignment … we’re hearing she should appear before a judge sometime this evening. No word yet on whether Miya plans to enter a plea.