Miley Cyrus’ public life is some of the most well-known celebrity knowledge out there. She became famous at a very young age thanks to Disney Channel and her hit show Hannah Montana that also doubled as her entry into the music world. Not to mention she comes from a famous family already.

On top of that she’s had a rumor-filled, wild past five years (or more), which includes getting married — and then divorced — to her 10-year, on-again, off-again boyfriend Liam Hemsworth. It was all very public, and marriage was also a last-ditch effort to “save” herself, the singer revealed in a new interview. 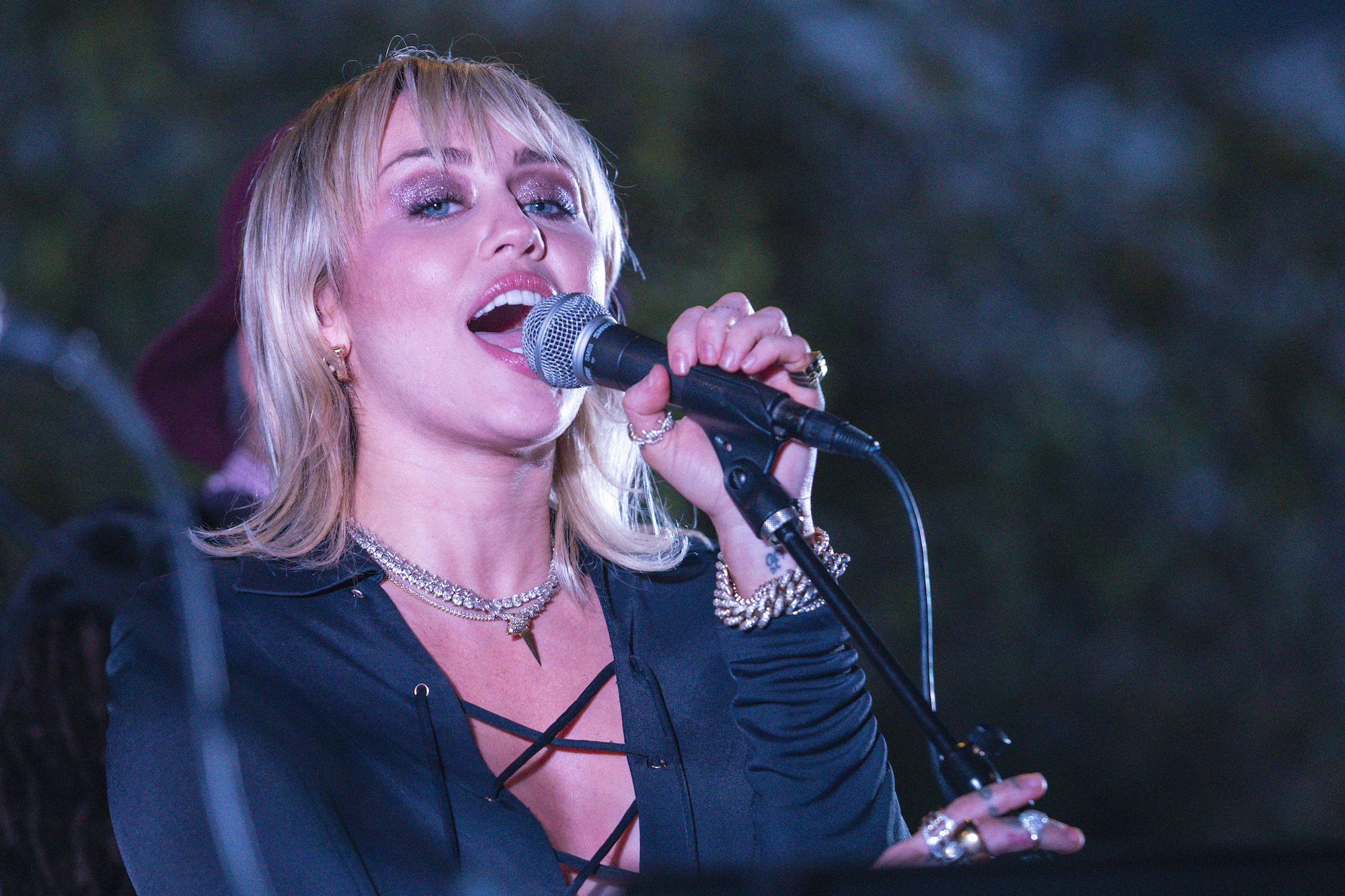 Cyrus just dropped her new album Plastic Hearts that really dives into her inner rocker and many fans are eating it up. With her viral covers of The Cranberries’ “Zombie” and Blondie’s “Heart of Glass,” she really delivered with her seventh studio album.

In a new feature for Rolling Stone, Cyrus talked about how her happiness has evolved while living in the public eye and how she might seem one way on the outside, but the behind the scenes might look completely different.

“A couple of years ago it looked like I was living some fairy tale. It really wasn’t,” Cyrus said in the Dec. 4 interview. “At that time, my experimentation with drugs and booze and the circle of people around me was not fulfilling or sustainable or ever going to get me to my fullest potential and purpose.”

Cyrus and Hemsworth met on the set of The Last Song, where they played love interests. They finally tied the knot after, being off and on, in 2018 only one month after their house burned down in a wildfire in California.

Cyrus told Rolling Stone that during her Younger Now era, when everyone thought she was living this “fairytale” dream in 2017, she was at her lowest point with drugs and the like. But because society and the “media” link feminity and purity with long, blonde hair, according to Cyrus, that’s why they made that assumption.

“It’s when her hair is painted or she’s growing out her armpit hair [that] she’s on drugs,” she said.

She did say that losing her house in the fire put a lot of things into perspective. Even though she married Hemsworth soon after the fire, and in other interviews she said she used it as a way to “cling” to Hemsworth, she also noted that it brought her out of a cycle.

“In a way, it did what I couldn’t do for myself. It removed me from what no longer was serving its purpose,” Cyrus told Rolling Stone. “And then as you drown, you reach for that lifesaver and you want to save yourself.”

She then went on to say that getting married was “ultimately” all about reaching for that life preserver. She got married as “one last attempt to save” herself. But then, less than one year after marrying, the two split.

Now, in 2020, Cyrus is more on the path toward herself and focusing on being sober.

“I don’t like ever saying anything in a very solid concrete way, but right now I have been focusing on sobriety as I wanted to wake up 100 percent, 100 percent of the time,” Cyrus said. “If I’ve ever learned to balance myself and to not take it too far, I would. But so far any time I’ve messed with that, it hasn’t gotten me what I want…That time in my life just wasn’t for me. In every way.”

Cyrus said that she’s been sober from drugs for years now, and is about five months sober from alcohol.

Because of this decision, which came after her Younger Now era right before she turned 26, Cyrus didn’t tour and stayed home with her pigs.

Her decision came at that age, in 2018, because she was coming up on 27, and didn’t want to become a part of the 27 Club Curse. This superstitious “curse” has claimed the lives of musicians and other celebrities at the age of 27 because of drugs.

“I said, ‘I got to pull my shit together before I’m 27, because 27 is the time you cross over that threshold into living or dying a legend,’” Cyrus said. “I didn’t want to not make it through being 27.”

She said she did fall off during the pandemic when it came to alcohol, due to mental and anxiety struggles, but she’s back now.