Michael Sam — the first openly gay football player to be drafted by an NFL team — is supporting Carl Nassib, saying he can’t wait to finally see an openly gay NFL player compete in a regular-season game.

Remember, Sam was selected in the 7th round of the 2014 NFL Draft by the St. Louis Rams after being named the SEC Defensive Player of the Year in 2013.

Despite his talent and potential, Sam didn’t make the Rams’ regular-season roster — and was later cut by the Dallas Cowboys. He never played in a regular-season NFL game.

Many have wondered if the roster decisions were more about Sam’s sexual orientation than his skill on the football field.

In fact, in 2014 Sam told us straight up he believed he wasn’t in the league because he’s gay.

“I think I was the SEC Defensive Player of the Year last year,” Sam said at the time … “So, I don’t think it had to do with talent.” 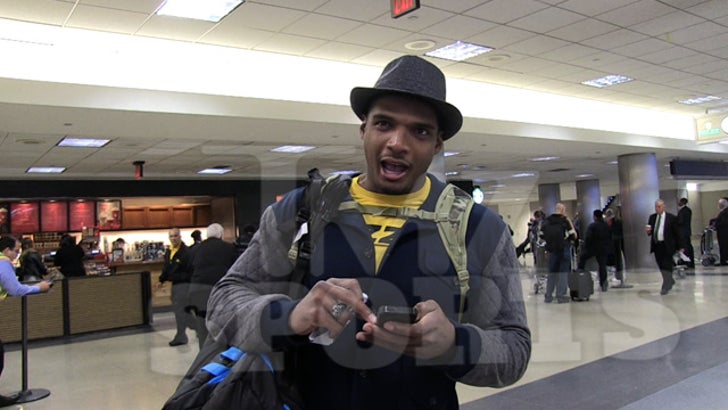 Now, Sam — who retired from football in 2015 — is praising Nassib for coming out publicly and also for his $100,000 donation to The Trevor Project.

FYI, The Trevor Project focuses on suicide prevention in the LGBTQ+ community.

“Carl Nassib thank you for owning your truth and especially your donation to the @TrevorProject,” Sam said early Tuesday morning.

“LBGTQ people are more likely to commit suicide than heterosexuals.”

Sam continued, “I hope and pray people will take note to this. Thank you again Carl and look forward to seeing you play on the field.”

“To anyone young or old, black or white, straight or gay are being bullied by others please know this, I stand with you in your time of need and in your hour of triumph, I am your friend and your brother. Even though I may never see you, hug you, or even kiss you, I love you.”