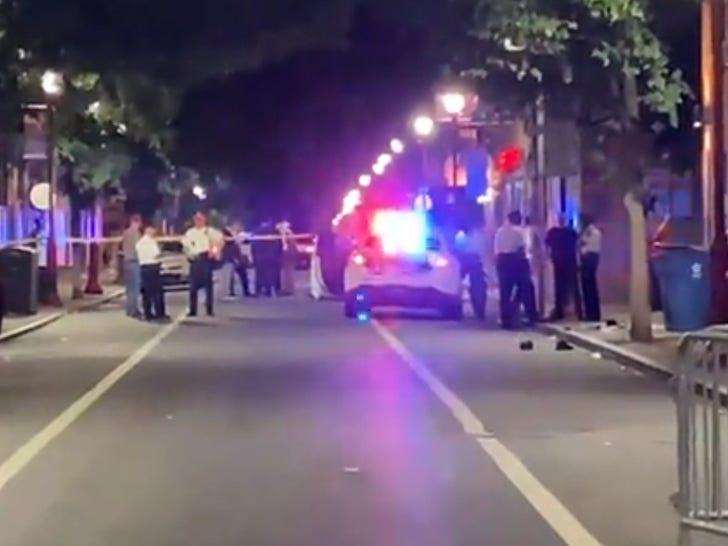 Another day, another mass shooting … that is what our nation has become.

This time the horror played out in Philadelphia … 3 people dead and 13 injured Saturday night after gunmen opened fire on a crowded street.

It happened just before midnight … Police Inspector D.F. Pace said there were “several active shooters shooting into the crowd.”

One of the cops got close to one of the shooters and fired at him … it’s unclear if the shooter was hit, and he apparently dropped the gun and fled the scene.

The shooters chose an area that is at the heart of the entertainment section of Philly … and area with lots of bars and restaurants.  Hundreds of folks were doing what they routinely do on the weekend … eat, party and enjoy the company of fellow Philadelphians when shots rang out.

Pace said 2 handguns were recovered, including one that had an extended magazine.

So far, no arrests.

There have been 239 mass shootings this year alone.