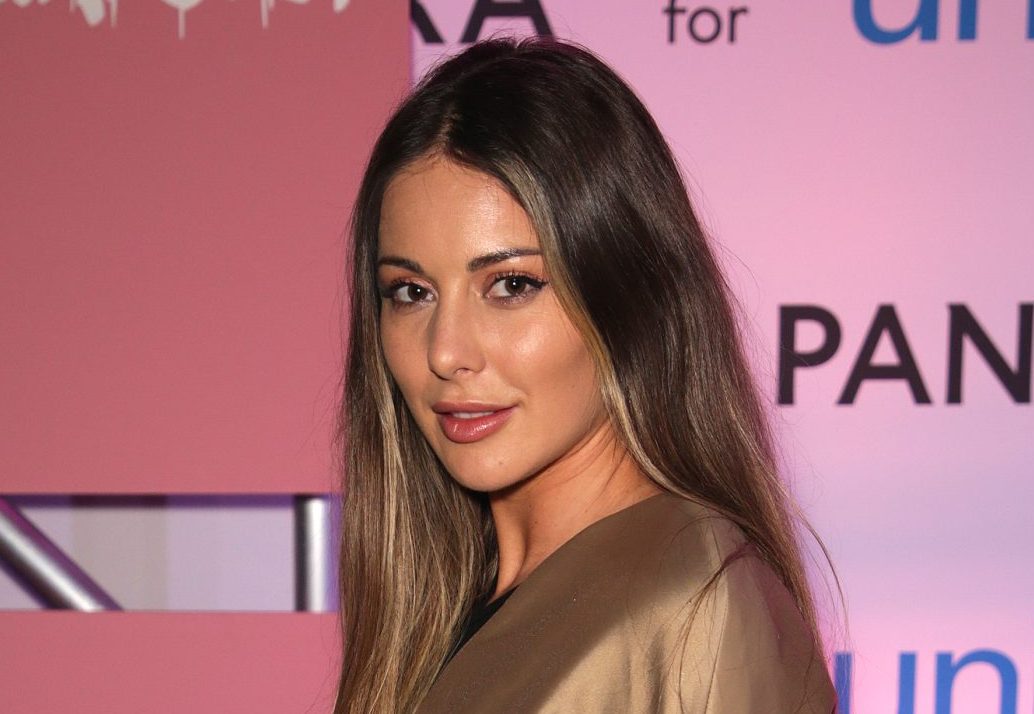 Former Made In Chelsea star Louise Thompson is back in hospital after receiving ‘alarming’ results from a recent blood test.

It comes seven months after the traumatic birth of her son, with the reality star and entrepreneur still dealing with various health struggles.

Louise’s partner Ryan Libbey, 31, shared the update on his Instagram story on Thursday, saying while he didn’t know how serious the situation is it was ‘devastating’ to be sat outside a hospital waiting room again.

Seen in a waiting area wearing a face mask, Ryan wrote: ‘Just as I thought I was approaching a time period where I could focus some energy into my own therapy and healing, Louise unfortunately still struggles with various things every single day and some of those symptoms are worsening.

‘We’re now back at the hospital (this time private as we’ve been so let down by the NHS) because Louise has received some alarming blood test results.

‘At this moment I don’t know how serious this is, but it feels devastating to be sat outside a hospital waiting room, seven months on from Louise giving birth.’

The Made in Chelsea star added he was ‘holding on by a thread’ in his efforts to ‘work, keep business alive, earn money to support Louise and Leo, trying to keep up with my own ambitions (and failing)’, adding: ‘It’s not like me to share stories like this but I feel so s**t at the moment. Maybe this unload will help.’

Ryan’s post came just hours after Louise, 32, provided an emotional update on her health struggles and said she ‘just wants someone to fix me’.

She’s been open about her health battle and PTSD after suffering complications while giving birth to her son Leo-Hunter late last year.

Ahead of Christmas, the TV personality revealed she had a ‘dance with death twice’, with her newborn baby also having to be treated in a neonatal intensive care unit (NICU) at the time.

On Wednesday, she revealed she struggles to climb stairs without feeling exhausted and still experiences ‘agonising pain’.

Louise posted a photo of herself with her arm covering her eyes with a caption saying she had ‘a good day yesterday followed by a bad day today’.

The TV star continued: ‘When I spoke to my psychiatrist she told me to make sure that any physical health doctors I see take my concerns seriously.

‘I don’t want to just be labelled as “mentally unwell” – I feel that I’m often overlooked now.’

She said she recently got some blood test results back which showed ‘quite a few’ of her levels were ‘either too high or too low’, describing the news as ‘incredibly triggering’.

Louise reflected on how her life has changed since giving birth, saying: ‘Pre my traumatic experience and spending all that time in hospital I was super healthy working out 4 times a week and living a good life.

‘Now I can hardly climb a set of stairs without feeling exhausted. I get the worst agonising pain too. I just want someone to fix me.’

She shared another image of herself looking emotional and added that her ‘poor body and brain are all over the place’.

The star also asked her fans if anyone had experience taking her particular mental health medications as she noted that at times she feels ‘very overwhelmed and sad’ and then will suddenly feel ‘totally numb again’.

Louise appeared in Made In Chelsea’s first series in 2011, progressing to become one of the E4 show’s main characters, while partner Libbey joined the cast in 2016 during filming in the south of France.

The couple became engaged in 2018 after he proposed during a hiking trip in Los Angeles.