Products featured are independently selected by our editorial team and we may earn a commission from purchases made from our links; the retailer may also receive certain auditable data for accounting purposes.

“Societal pressures are put on us as women, especially when we’re talking about pleasure,” Allen tells Rolling Stone. “I think it’s annoying, but the way we get away from those things is by normalizing them, and that’s what I’m here trying to do.”

Available now on Womanizer.com, the “Liberty by Lily Allen” is a portable handheld device with six different intensity levels and “pleasure air technology” to help women climax without any direct contact. Instead, the device uses waves of massaging patterns and gentle suction to help stimulate and arouse your sensitive areas. Available in a “Rebellious Pink” colorway, the Liberty is fully-waterproof, discreet enough to pack for a vacation and lasts up to two hours on a single charge. 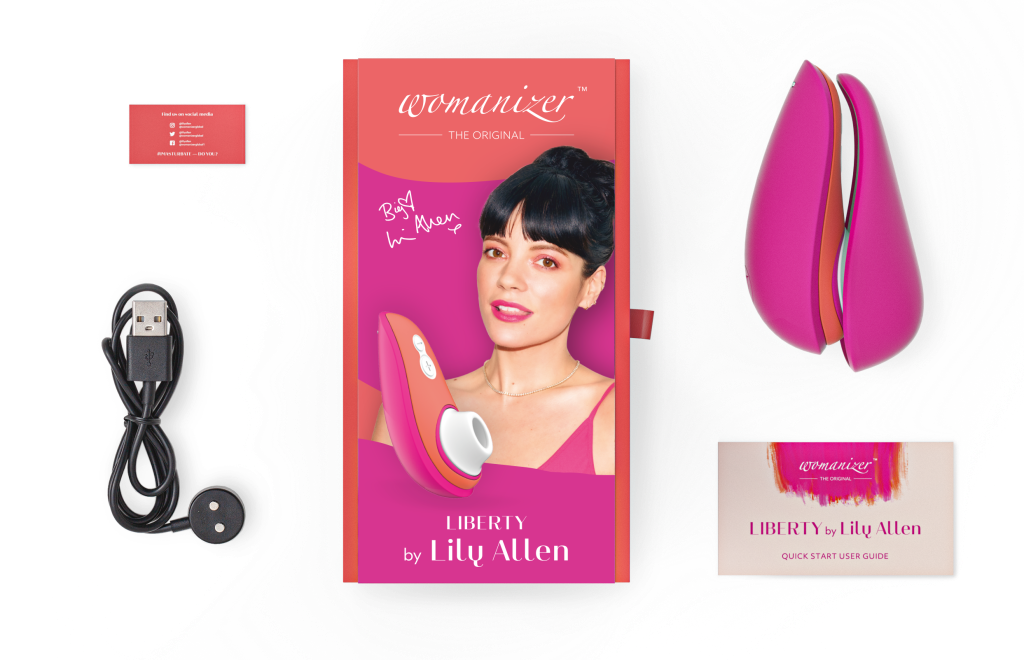 How to Bone When You're Alone: 13 Sex Toys for Self-Pleasure During Self-Quarantine

That’s not where the misconceptions end. If you do have a partner, that doesn’t mean toys like the “Liberty” can’t provide some relief as well, contrary to common thought. From her own experiences, Allen recommends embracing them, either with your partner or on your own.

“I’ve certainly brought my toys into my relationships,” she confesses. “They can make things definitely a fun experience.” Adds the newly-married Allen, “I haven’t seen my husband in five weeks — that doesn’t mean I’m not going to have orgasms!”

The “Liberty by Lily Allen” retails for $99 available for purchase now from Womanizer and LoveHoney.com.