“My love,” the Australian hottie, 28, captioned the black-and-white snapshot via Instagram on Wednesday, December 26, after the Hannah Montana alum, 26, posted her own set of photos from the occasion. 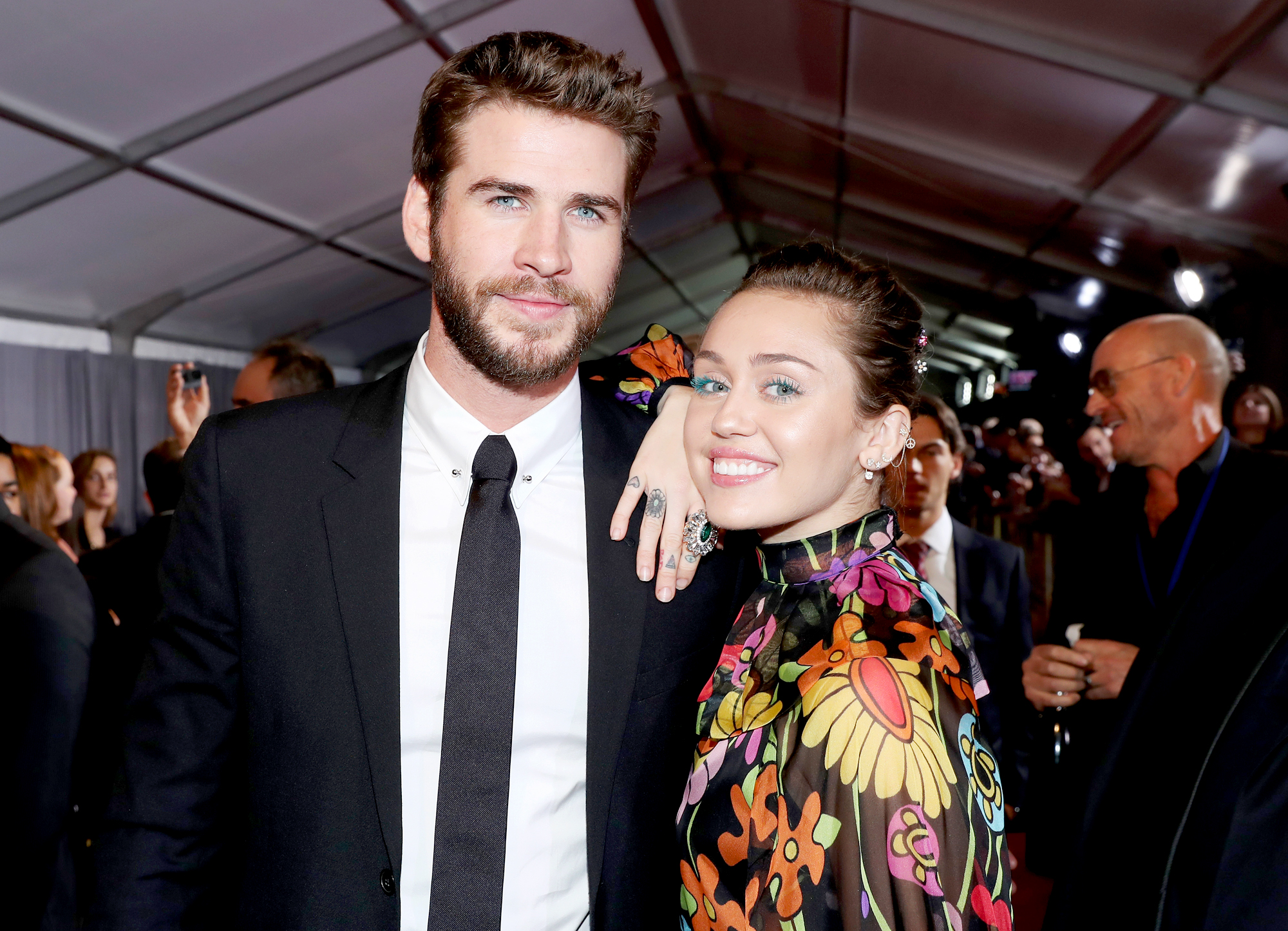 The lovebirds, who have been together for nine years on and off, sparked marriage speculation on Monday, December 24, after their friend Conrad Carr posted Instagram Story pictures of them dressed in wedding attire cutting a cake and laughing with their family and friends at their Nashville home alongside “Mr. and Mrs.” balloons.

While their low-key ceremony took fans by surprise, a source previously told Us Weekly that Cyrus has never been more sure of her decision and their relationship only grew stronger after Hemsworth saved their animals during the Woolsey fire in Malibu in November.

Although the couple lost their home, “Liam caring for animals and helping others during the Malibu fire sealed the deal,” the insider explained. “Their love exploded after that. They are the perfect match.”

The “Nothing Breaks Like a Heart” songstress previously showered the Hunger Games actor with praise for his heroic acts during the natural disaster. “I was actually in South Africa and [wasn’t able to] make sure my animals and all my living things were safe. And Liam was an amazing hero,” she raved to Jimmy Fallon earlier this month. “He got out all the horses, the pigs, seven dogs, four cats. His truck was [filled]. It was really sexy to me.”

The lovebirds fell head over heels for each other in 2009 while filming The Last Song. They started dating shortly after and got engaged in 2012, only to call it quits in 2013. However, they reconciled three years later and got re-engaged.