Unfazed by the rumors. Kristen Bell appeared calm and still totally in love with husband Dax Shepard shortly after the actor denied cheating on her.

The Good Place star, 38, shared a video of herself and the “Armchair Expert” podcast host, 43, in bed on her Instagram Story on Friday, December 14. “What are you getting me for Christmas?” Bell asks Shepard in the clip, to which he replies: “Girl, I’m getting you a cordless Dyson.”

The Veronica Mars actress captioned the post, “He is truly the man of my dreams. The #cordlessdyson is lit.” 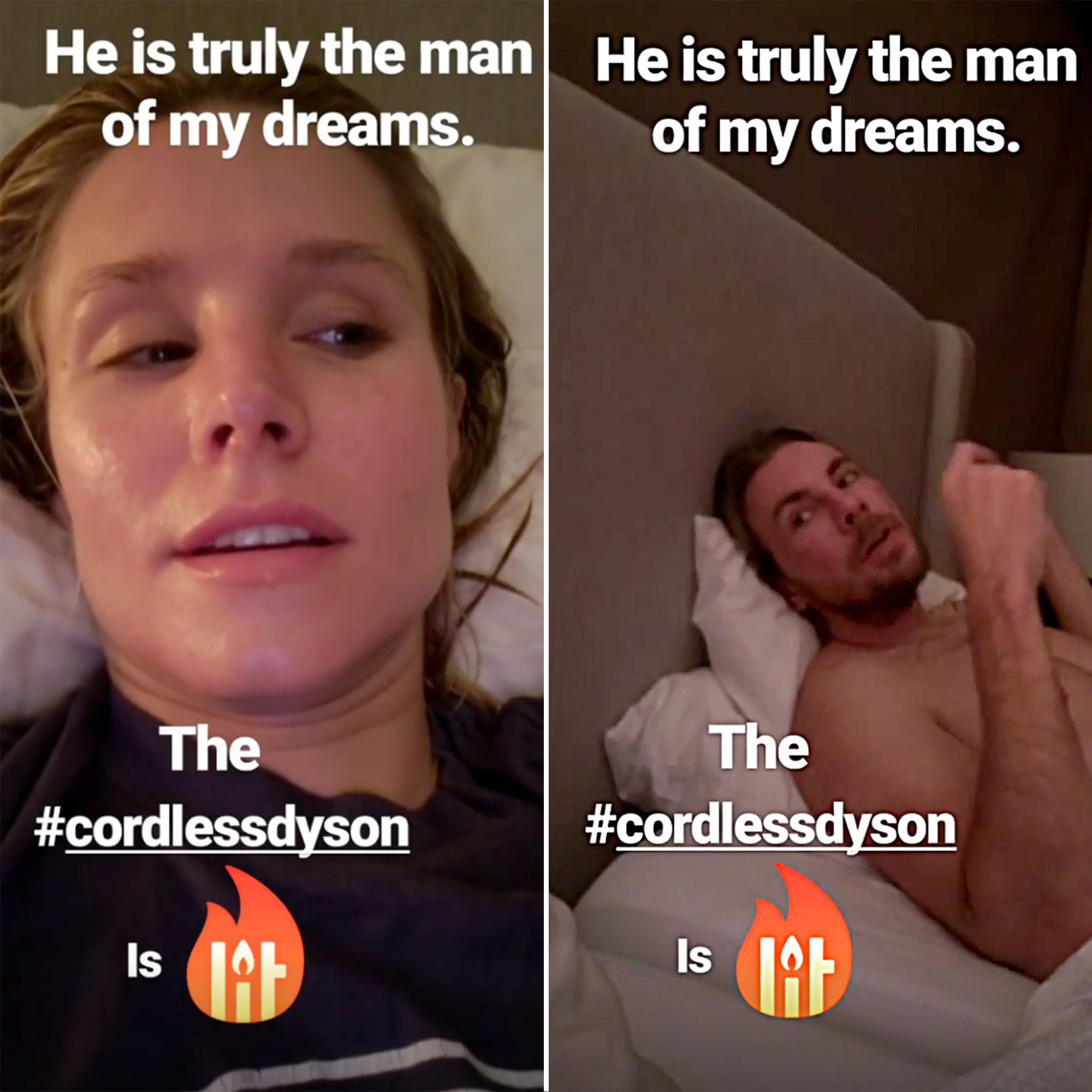 One day earlier, Shepard denied having an affair with Julie Andrews’ granddaughter Kayti Edwards during his relationship with Bell. “Hey Daily Mail, that photo is 13 years old, not 9. Also, Kayti has sold stories to tabloids about Matthew Perry, Jack Osbourne, Kid Rock, and now me,” the Parenthood alum wrote on Instagram on Thursday, December 13. “I look forward to her next one. Fingers crossed it’s about my #1, Brad Pitt :).”

Edwards claimed to the Daily Mail that things between her and Shepard turned romantic two years after he started dating the Frozen star. The outlet published photos of the two locking lips in a photo booth. 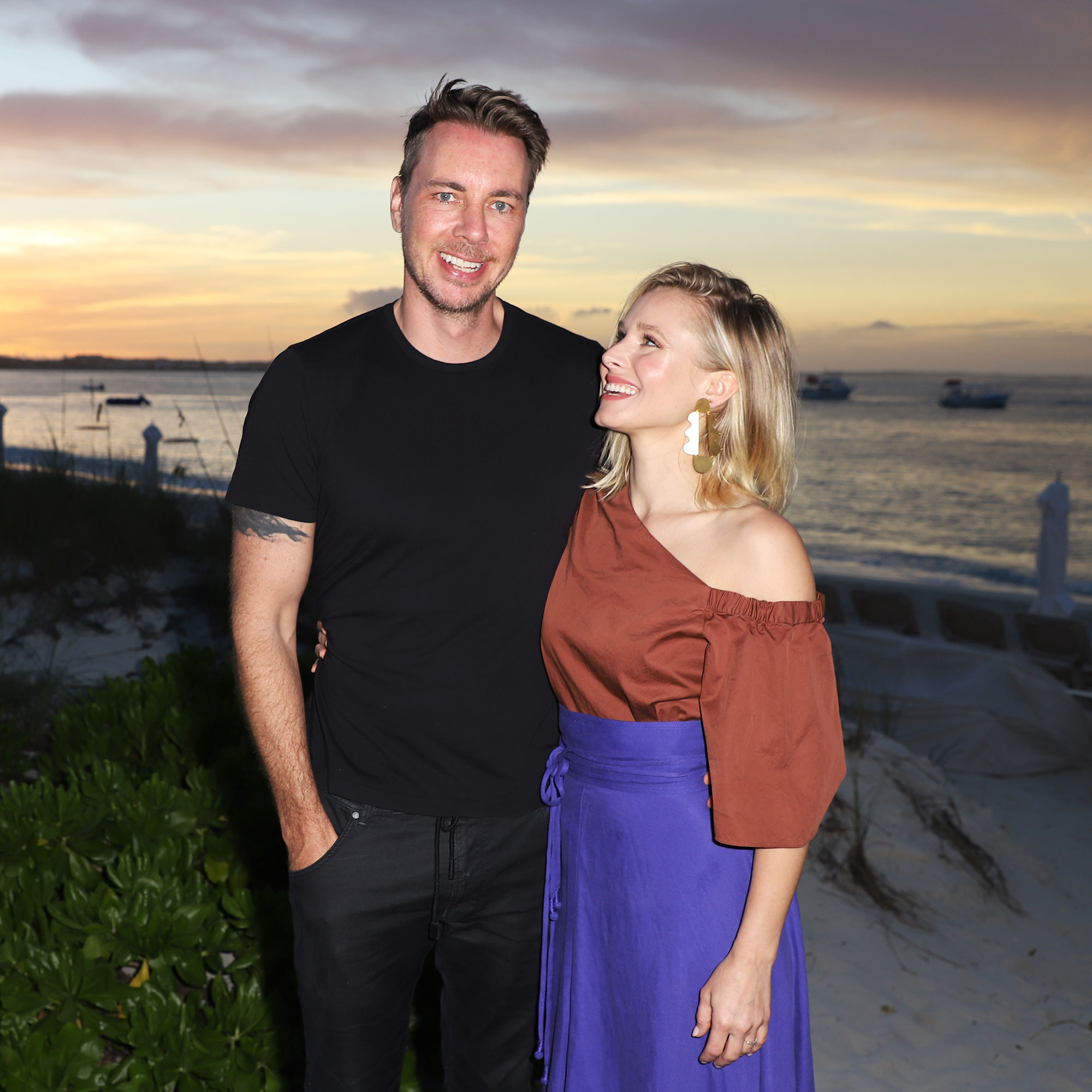 The former model alleged that she and the CHiPs actor reconnected at a Hollywood party in 2009 four years after meeting and going on a few dates.

“We went back [to a friend’s home] and made love,” Edwards told the Daily Mail. “We had sex twice and he stayed until the next morning. I didn’t know he had a girlfriend at the time. He didn’t seem to care.”

Shepard and Bell wed in October 2013. The couple share daughters Lincoln, 5, and Delta, 3.