Fans think Kim Kardashian subtly made her romance with Pete Davidson Instagram official when a shadowy figure taking a snapshot of her could be seen on the sand at a beach.

Kim Kardashian, 41, looks incredible in her latest bikini pics and fans think Pete Davidson is the one who took them! The Keeping Up with the Kardashians star shared the new vacation snapshots on her Instagram on Jan. 17 and in the third one, which can be seen below, a shadowy figure taking the photo appears on the sand in front of her. Although the 28-year-old Saturday Night Live comedian, whom Kim has been dating, wasn’t tagged in the post, fans quickly took to the comments section to reveal they thought it was his shadow on display.

“Did Pete take these,” one fan wrote while another shared,  “Not me zooming on the shadow of the photographer to see if it was Pete…..” A third asked, “Kim, is that Mr Pete Davidson’s shadow??” and a fourth said, “Tell Pete to not get a shadow next time.”

The only info Kim gave about the pics, which showed her rocking an off-white two-piece while sitting on sand and standing in water, was in the post’s caption. “Mother Nature 🧜🏻‍♀️,” it read. 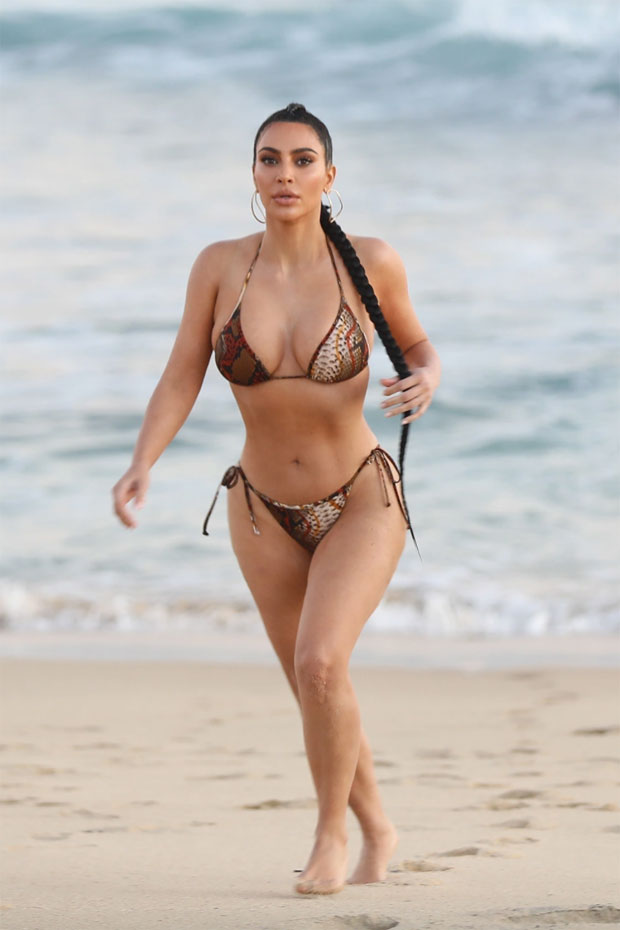 Before Kim’s latest post raised eyebrows, she and Pete got attention for being spotted on a pizza date on Jan. 12. They enjoyed the Italian food choice after being photographed waiting for it at the counter of a pizza place. Pete showed off his affection for the reality beauty by placing his hand on her lower back at one point so they definitely looked like a doting couple!

Before that, Kim and Pete went off on a romantic getaway to The Bahamas. They went to the gorgeous area via a private jet and in photos that were taken during the trip, they both looked as thrilled as could be as they walked together while chatting and flashing big smiles to cameras. Although neither of the stars have made any public comments about their relationship, which seems to have started in Oct., their outings certainly prove things are going well!