It’s high time for Kourtney Kardashian and Kendall Jenner to clear the air!

The two sisters have long been rumored to have been taking part in some kind of feud, with the rivalry storyline played up at times on Keeping Up with the Kardashians and further helped along by one notable interview Kenny did with James Corden. But now, it sounds like there’s no bad blood between the famous siblings — at least, you know, according to them!!!

The 24-year-old supermodel and her 41-year-old Poosh founder half-sister appeared on Thursday’s episode of Sibling Revelry, a podcast hosted by another pair of famous siblings: Kate and Oliver Hudson. While on the show, Kourt and Kendall got candid about their relationship — this as their longtime show has been revealed to be nearing its end.

For one, Kendall is at least accidentally to blame for part of the feud because of a MAJOR slip-up during a December 2019 episode of James Corden‘s late night talk show. During a game with guest host Harry Styles, Kenny was asked straight-up about which one of her siblings was the best parent, and which was the worst. As you can see (below), she unabashedly ranked them, calling Rob Kardashian the best dad to his daughter and leaving Kourtney at the very bottom:

Sure, Kenny qualified her statement, claiming all of her siblings “actually are all amazing parents, they really are,” but the comment stuck with Scott Disick‘s baby momma for the past nine months! No wonder those rumors of conflict have persisted!

Speaking about her initial reaction to the model’s f**k-up, Kourt said on the podcast:

“Kendall recently said something that I wasn’t happy about. She went on James Corden and they said rate your siblings in order of best parent to worst parent and she… And I saw her right after at a party and she ran up to me and was like ‘Oh my God I said this thing and I said you as a last parent and ha ha like it was a joke I didn’t mean it’ and I was like…”

Before she could finish her thought, though, Kylie Jenner‘s big sis cut her off, trying to apologize:

“First of all that is not what I said to you. I went up to you, because I was like, ‘I’m going to put Rob before us and the rest’ so I’m just not even going to like… I’m just going to throw them out there and I swear to God Kourtney happened to be the last one. But then I was like ‘OK that sounds kind of bad,’ but before I was like they’re all amazing, they all are incredible parents. And I don’t have a kid, we were just talking about that. So I can’t really speak for anyone because I don’t have a child. But I know just visually how amazing they are.”

We get it, but honestly, no wonder Kourtney was pissed! You can’t just call your sister the worst parent! Say it’s a tie or something! LIE!!!

The damage was done, because even now, Kourt still didn’t seem too happy about having to relive that moment. Mason, Reign, and Penelope‘s momma said:

“Everybody’s always saying something about me. So I’m just like I am the least one that needs to have more said. I don’t know if I make an easy target or if they think I’m not gonna say anything. Or if it’s just like if she would’ve said that about Kim or Kylie. Me or Khloé would’ve been the easiest ones to say it about. So I feel like forget about it if you said about Kim and Kylie.”

Probably true! We can imagine Kris Jenner‘s favorite daughters going OFF if that ever was said about them publicly.

Even with Kendall putting her foot in her mouth on national TV late last year, it seems like there’s no long-standing rivalry between these two. Sure, Kourtney may be (rightfully) annoyed at her little sis over the parental rankings thing, but to hear them talk about the bigger picture, it doesn’t sound like there’s any long-term jealousy or anger at play here.

Kendall confirmed as much later on in the episode with the Hudson siblings, confirming how she feels no jealousy towards or coming from her older sister:

“There is literally none. I don’t feel any. I swear to God I don’t feel any . And I don’t feel it towards me. I just think that’s because we are all just so different when you really think about. And we all do such different things. And the reason I got excited when you said that is because it’s something that I’m really just thankful for. There are so many , and it could be so catty. But it’s not at all — at least not in my opinion.”

Well, as long as Kendall doesn’t go running back to another late night talk show and dish on her siblings as parents again! LOLz!!!

What do U make of this, Perezcious readers?! Are you buying the girls’ claim here that there’s no bad blood? Does a rivalry still exist even in spite of all this or nah?? 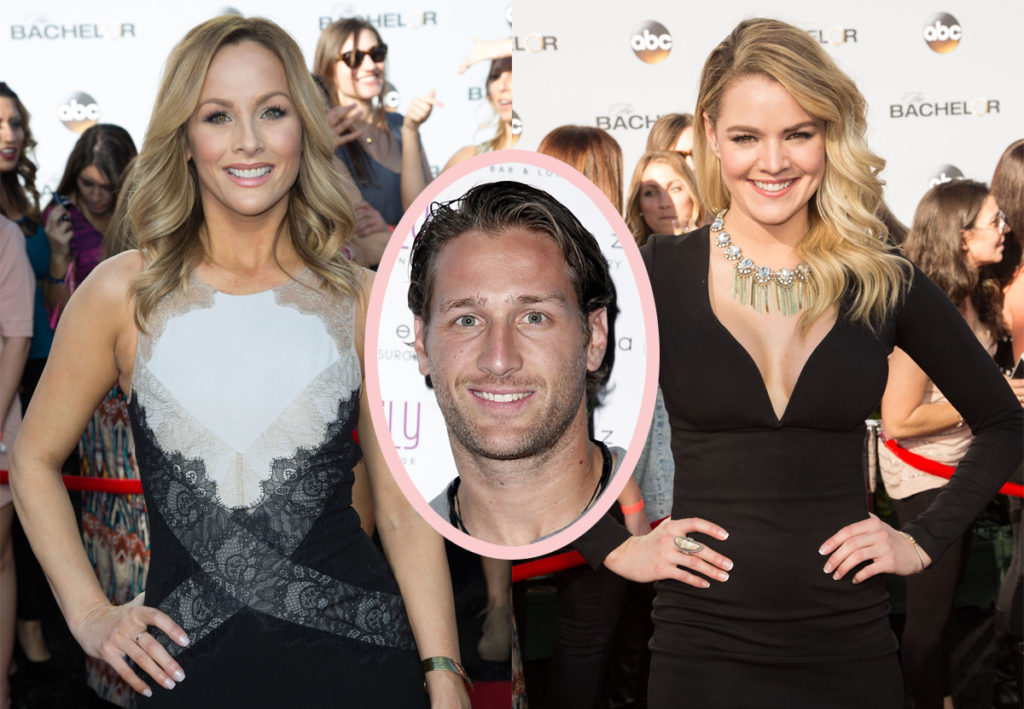 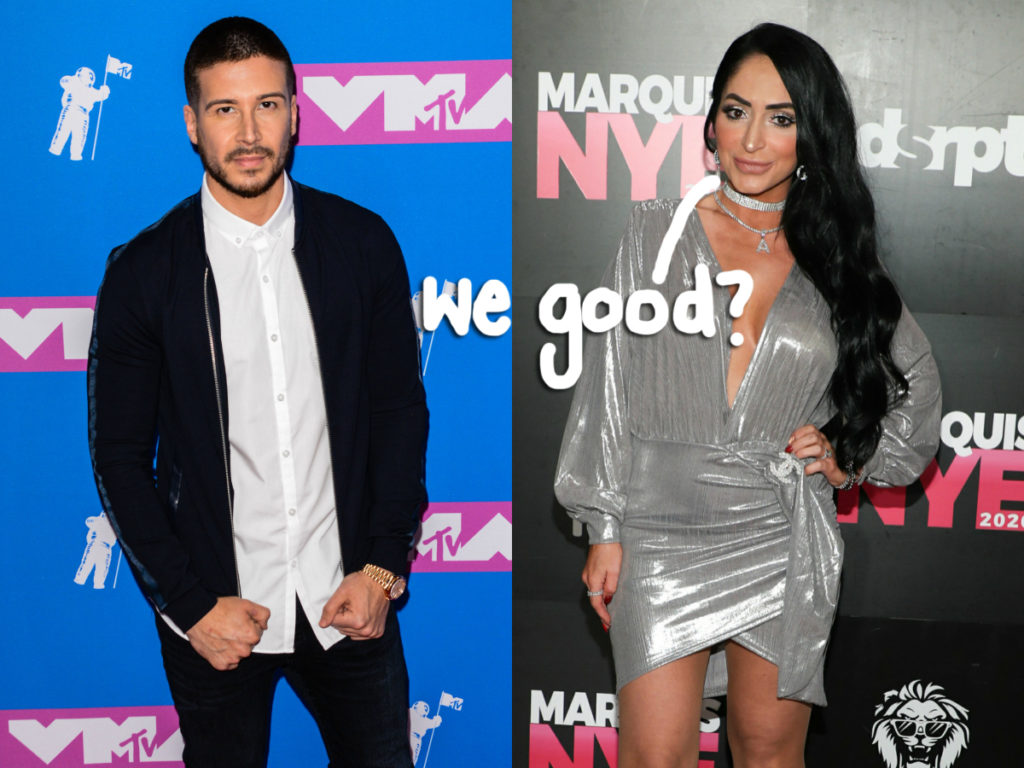 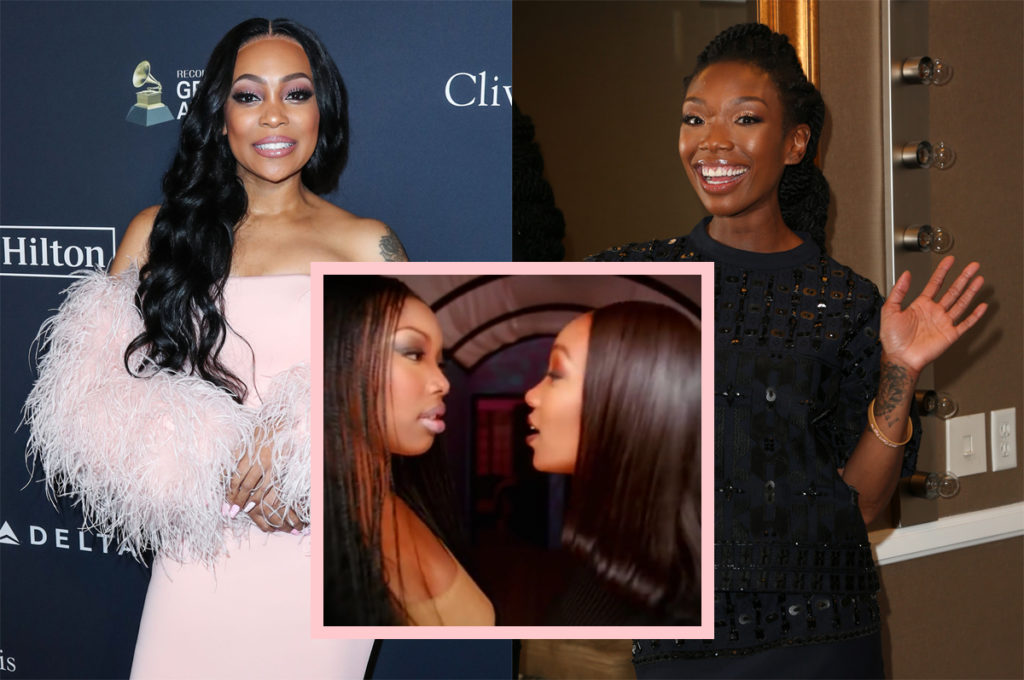