Kelly Clarkson was beaming as she posed alongside some Star Wars droids, sharing a rare photo of her son and daughter.

Kelly Clarkson, 39, had a blast with her kids at Disney World! The American Idol winner shared a rare snap of her daughter River Rose, 7, and son Remington Alexander, 5, on a trip to the iconic Florida destination via Instagram on Wednesday, July 14. Posing in front of the Droid Depot at Disney’s Hollywood Studios, Kelly snuggled her two smiling kiddos close! Her son Remi looked so much like his gorgeous mama in the photo, which several fans took note of in the comments. “Your son is your mini me,” one wrote.

“We had so much fun at Disney World! All the rides were amazing but oh my gosh, y’all, Pandora and the Star Wars rides are where it’s at! Thank you for a magical vacation, Disney,” she said, opening the caption with an iconic Star Wars quote: Obi-Wan Kenobi’s “These aren’t the droids you’re looking for,” from 1977’s A New Hope. The quote is said when Obi-Wan — played by the late
Alec Guinness — Luke Skywalker, R2-D2 and C-3PO try to avoid being detected by the evil and power Empire (often referred to as the “Jedi mind trick” scene). 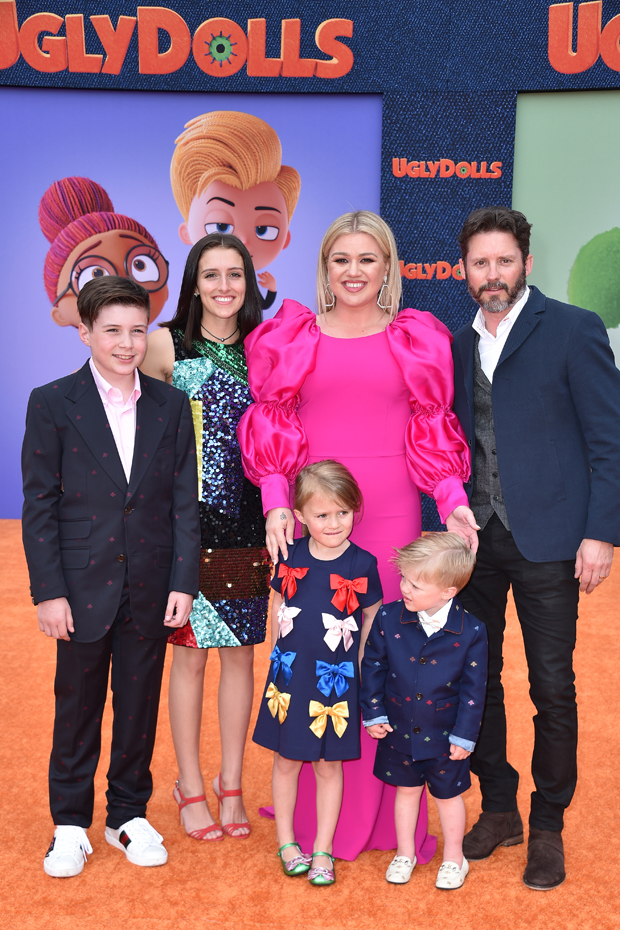 Kelly shares her two adorable children with ex, talent manager Brandon Blackstock (also the step-son of country star Reba McEntire). The “Since U Been Gone” songstress filed for divorce in 2020, sadly ending their union after roughly seven years together. Notably, Kelly was also stepmother to his children Savannah Blackstock, 18, stepson Seth Blackstock, 14, from a previous relationship. Recently, Kelly requested that a judge declare her “legally divorced” as she and Brandon continue to navigate spousal and child support agreemnets.

The Texas native has been open about protecting the privacy of her kids, part of the reason she rarely shares posts of River and Remi. “I want to make sure they come first,” Kelly said to People in Aug. 2019. “When we were doing the schedule for [The Kelly Clarkson Show], I was like, ‘I have to drop my kids off at school.’ And I’m always the one who puts them to bed. You just have to prioritize and juggle and make people know it’s an important thing…And don’t feel guilty about it,” she added.