Katherine Jenkins has confirmed her Carousel co-star Alfie Boe did write the C-word across a poster of her in an ‘upsetting’ incident.

The West End star, 45, ‘defaced a poster of the classical singer, 38, by writing the c-word across her face’, during a signing in HMV Manchester earlier this week’, leaving her shocked.

Speaking on Thursday’s Loose Women, Katherine admitted: ‘I wish I could tell you that story isn’t true. It did happen, we were in Manchester HMV. 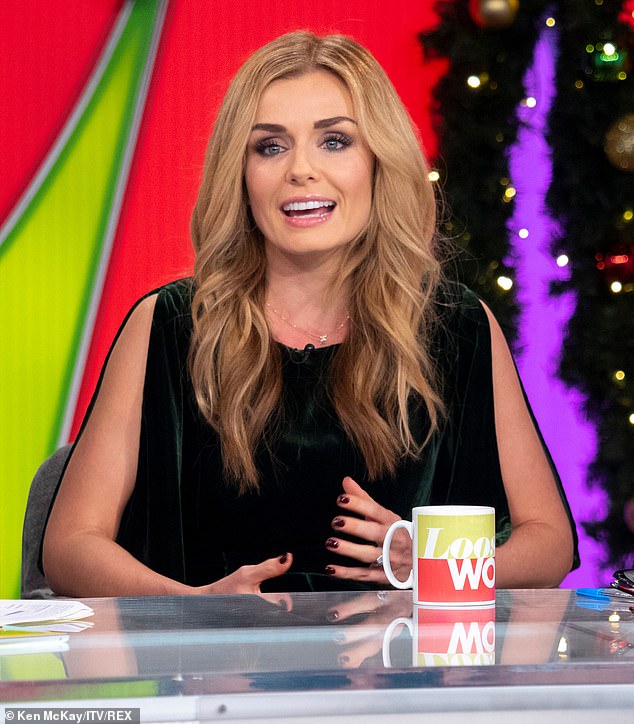 Upsetting: Katherine Jenkins has confirmed her Carousel co-star Alfie Boe did write the c-word across a poster of her in an ‘upsetting’ incident

She added that she has no part in a supposed feud, explaining: ‘I read that there is a big feud between us, but I don’t know anything about it.

‘I’ve got two kids and I have an album out, I don’t have time for arguing. I don’t know what makes somebody do that. You’d have to ask him.’

Sources told The Sun this week that Katherine spotted the rude word- with staff telling the vocal talent that Alfie was to blame, before hastily covering it up.

They claim: ‘Katherine was absolutely shocked when she saw it. 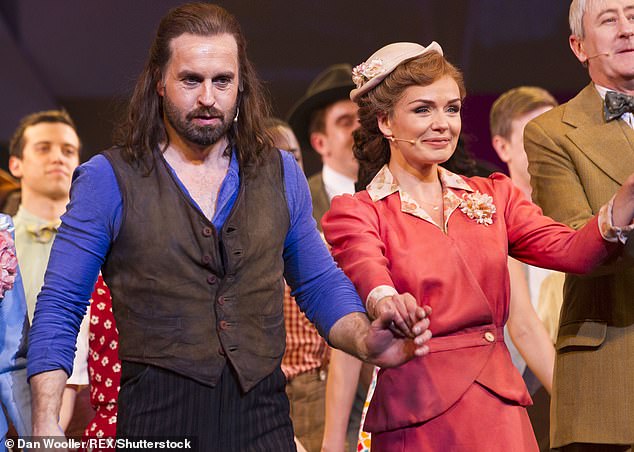 Shocked: The West End star, 45, ‘defaced a poster of the classical singer, 38, by writing the c-word across her face’ (pictured in Carousel in April 2017) 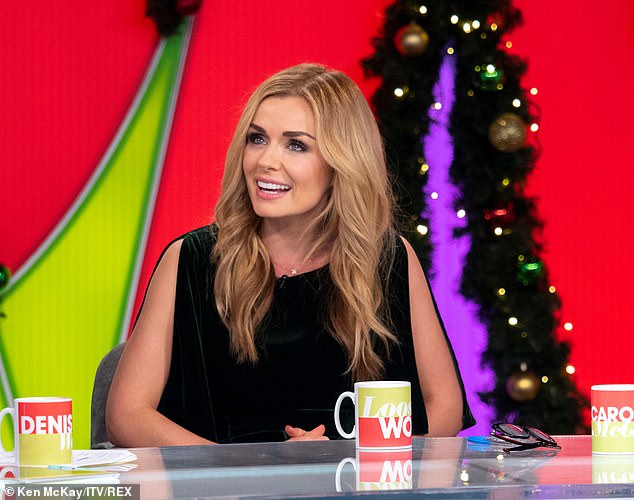 Speaking out: The Welsh mezzo-soprano addressed claims of a feud between the former co-stars during an appearance on ITV1’s Loose Women on Thursday afternoon

‘She has no problem with Alfie after they worked together, but he clearly does. The word he wrote is as unpleasant as it gets.’

Sources added that Katherine had noticed someone trying to cover up the poster and was left red-faced after learning why.

They told the paper: ‘She just looked very hurt and upset by it.’

Meanwhile, a source close to Alfie appeared to deny the claims, as they told The Sun: ‘Anyone could have done this.’

MailOnline have contacted representatives for both Katherine and Alfie for comment. 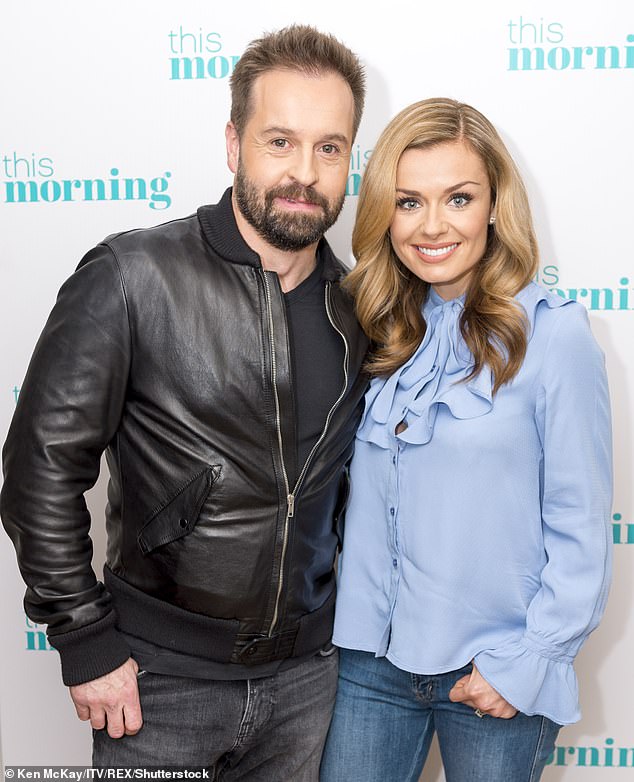 Hitting back: Katherine said she ‘doesn’t have time for arguing’ with Alfie because she has a new album out and is a busy working mother to two young children (pictured in March 2017) 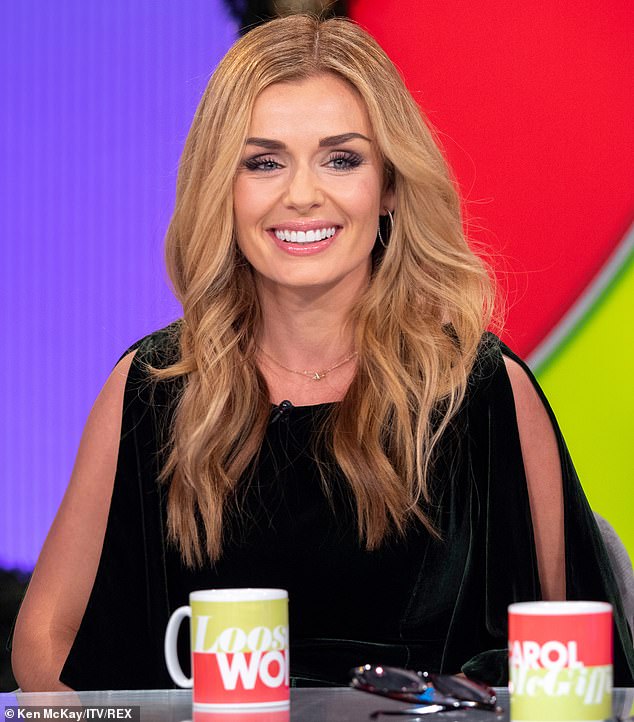 ‘I’m a big girl’: The opera singer vowed to spend her time talking about ‘happier things’, rather than let rumours of the bizarre showbiz feud bother her

Tenor singer Alfie, who is best known for starring in the musical production of Les Miserables, is claimed to have fallen out with Katherine while the duo – who are both signed to British label Decca – were both appearing in musical Carousel in 2017.

Reports alleged Katherine and Alfie had clashed during rehearsals, with Alfie being left annoyed over ‘Katherine receiving the biggest dressing room’ and initially being given the final bow despite him playing the lead part in the production.

He had starred as charming carousel worker Billy Bigelow, who Katherine’s character Julie Jordan falls for in the show. 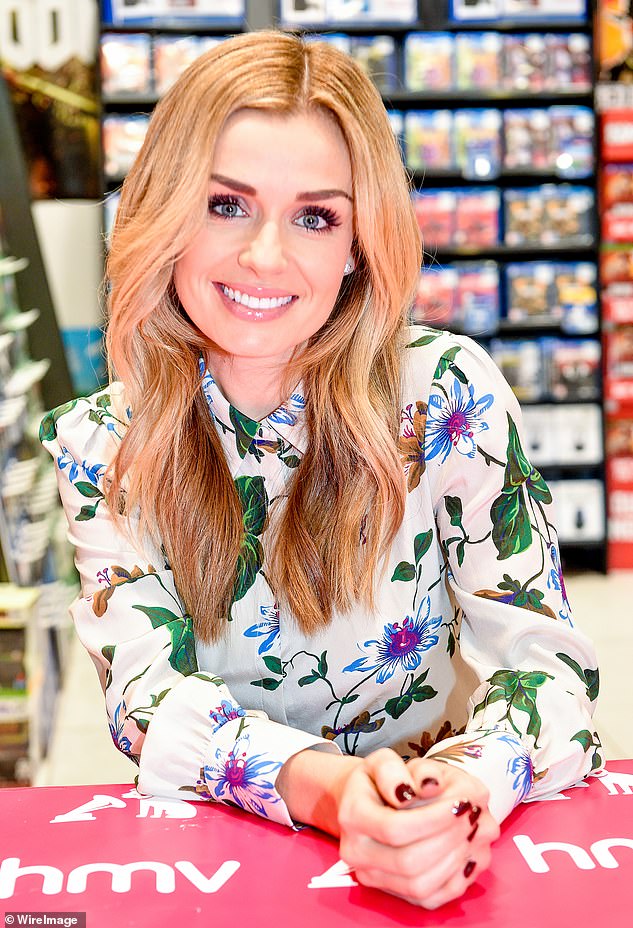 Shocked: Sources told the publication that Katherine spotted the rude word scrawled across one of her posters during Monday’s signing in a HMV store in Manchester  (pictured)