The Duke and Duchess of Cambridge were kept on their toes with Prince George, Princess Charlotte and Prince Louis at the Platinum Jubilee Pageant on Sunday afternoon.

But it looks like William and Kate could rely on their trusty nanny, Maria Teresa Turrion Borrallo, to lend a helping hand.

While the Cambridges had front row seats in the Royal Box as they watched the pageant in central London, Maria was seen sitting a few rows behind the family by an aisle, with easy access to her young charges if needed.

The Spanish nanny, who has worked for the Cambridges since George was around eight months old, is often seen out and about with the children, but she tends to keep a professional and very low profile.

GALLERY: 12 cutest moments between royal children and their nannies

She has been pictured looking after George, Charlotte and Louis at past Trooping the Colour events, when they were too young to ride in the carriages during the procession, and has also been on hand at royal weddings and christenings to make sure the kids are well-behaved. She also usually joins the family on royal tours. 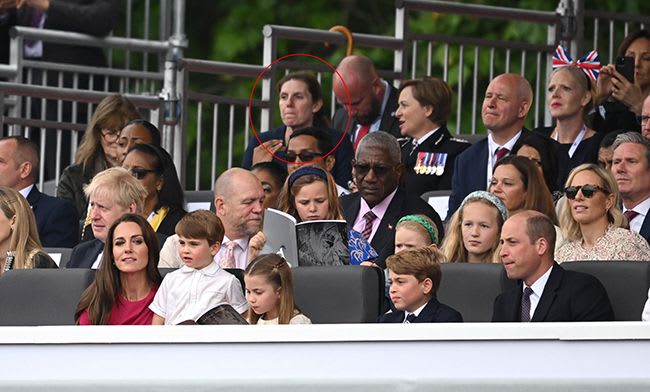 Maria was sitting a few rows behind the Cambridges

Maria is exceptionally private and when she first landed her royal nanny role, Kensington Palace said in a statement: “As an employee of the Royal Household we would ask, please, that Maria’s privacy, and that of her family and friends, be respected. We will not be giving further details on Maria or her employment, except to say that the Duke and Duchess are of course delighted she has chosen to join them.”

At the time, an insider told HELLO! that Maria had “worked for other high-profile families and it was from there that the Cambridges heard of her and hired her.” The insider added: “She is not married and doesn’t have a boyfriend, as her life is totally dedicated to the family she is working with. She is known for being totally professional – married to the job.” 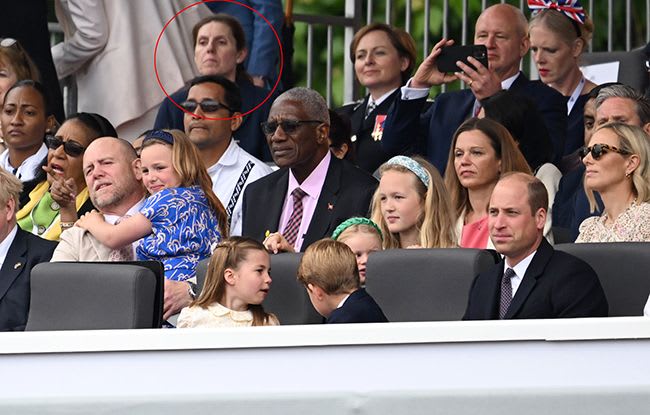 She was on hand in case of anything

Maria attended England’s prestigious Norland College in Bath which has a reputation for being at the forefront of early years education and training, offering an intensive academic degree and skills-based diploma programme.

Maria, who often wears the recognisable brown Norland nanny uniform for formal events, is also trained in security given the high-profile nature of her young charges.