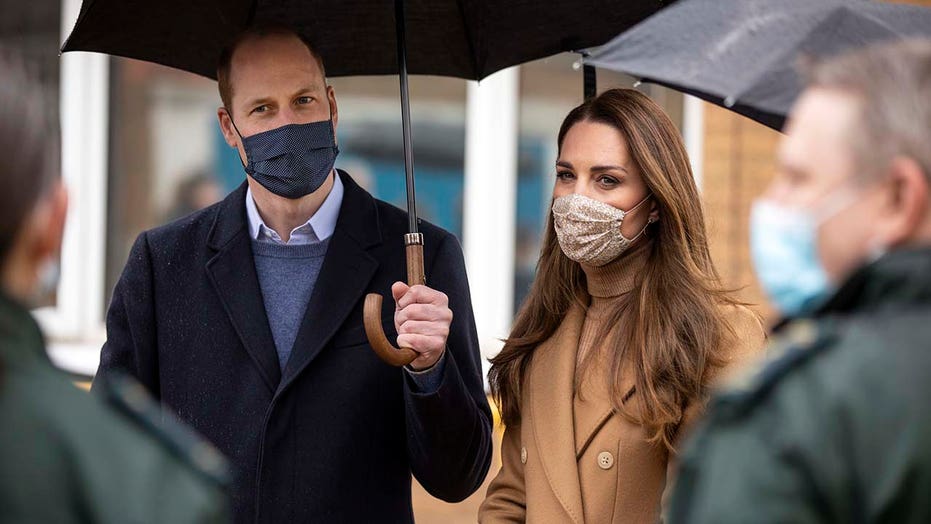 Kate Middleton and Prince William are presenting a united front.

On Thursday morning, the Duke and Duchess of Cambridge traveled to an ambulance station in East London, according to their Twitter account, to visit with medical professionals and talk about the difficulties of working their jobs during the coronavirus pandemic.

William, 38, and Middleton, 39, spoke with a paramedic named Jay to discuss her struggles and were able to phone in her family from the UK and Bangladesh to speak to the royal duo.

The two learned about the mental health and wellbeing support provided to the station’s staff, which included a slew of Wellbeing Tea Trucks.

The trucks are used to travel to hospitals and control centers in London to provide hot drinks and snacks to staffers and volunteers in an effort to provide comfort and an opportunity to rest, said their tweets.

The visit to the ambulance station comes hot on the heels of controversy for the royal family in the fallout from Meghan Markle and Prince Harry’s tell-all interview with Oprah Winfrey.

Markle, 39, and Harry, 36, spoke with the media magnate about their struggles within the royal family, including allegations of racism, with Markle revealing that there were “concerns” surrounding the skin tone of their son Archie before he was born.

Harry had a conversation with a member of the Institution regarding such “concerns,” though he refused to reveal who it was that he spoke with. It was later clarified that Queen Elizabeth II and Prince Philip were not responsible for the conversation.

Included in the allegations against the family was Markle’s claims that she was barred from receiving mental health care while battling suicidal thoughts and that Middleton made her cry around the time of her wedding to Harry.

William has previously – and briefly – spoken out about the interview, assuring the press that his family is “very much not a racist family.”

He’s also had at least one conversation with Harry since the interview aired, according to Gayle King, but the chat was “not productive.”

Markle namedropping Middleton during the sit-down also seems to have struck a nerve within the royal family, as it’s been reported that William is feeling “very protective” over his wife.