Good Morning Britain host Kate Garraway, 53, has been keeping viewers updated on her husband Derek Draper’s health since he was admitted to intensive care back in March.

Kate revealed that Derek mouthed his first words since he was hospitalised in March.

She also said the battling psychotherapist’s tracheotomy tube has been removed, and he is now able to breathe without a ventilator.

The GMB host revealed that Derek mouthed the word “pain” as doctors manipulated his body to prevent him seizing up.

Kate revealed she watched via video as she broke down in tears. 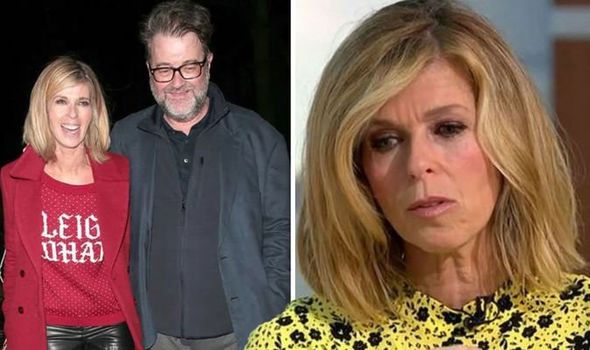 She said: “It’s a case of trying to balance belief, hope, optimism with reality.

“But we have had a breakthrough which was both amazing yet ­heartbreaking.

“It happened when the nurses were moving Derek, as part of his treatment, to trigger the sensation of gravity because he’s been horizontal for so long.”

Kate continued: “Right from the beginning, when Derek couldn’t even open his eyes, the doctors and nurses have always talked to him to be respectful, and to try to trigger a response.”