Kanye West was spotted out and about in the Big Apple just a day ahead of estranged wife Kim Kardashian’s ‘SNL’ gig.

The Disloyal: A Memoir author, 55, has been under house arrest after being convicted for tax evasion and finance fraud. Cohen was disbarred by the New York Supreme Court Feb. 26, 2019, and later reported to Otisville, New York in May 2019. He was released in May 2020, which is when he began serving his house arrest. 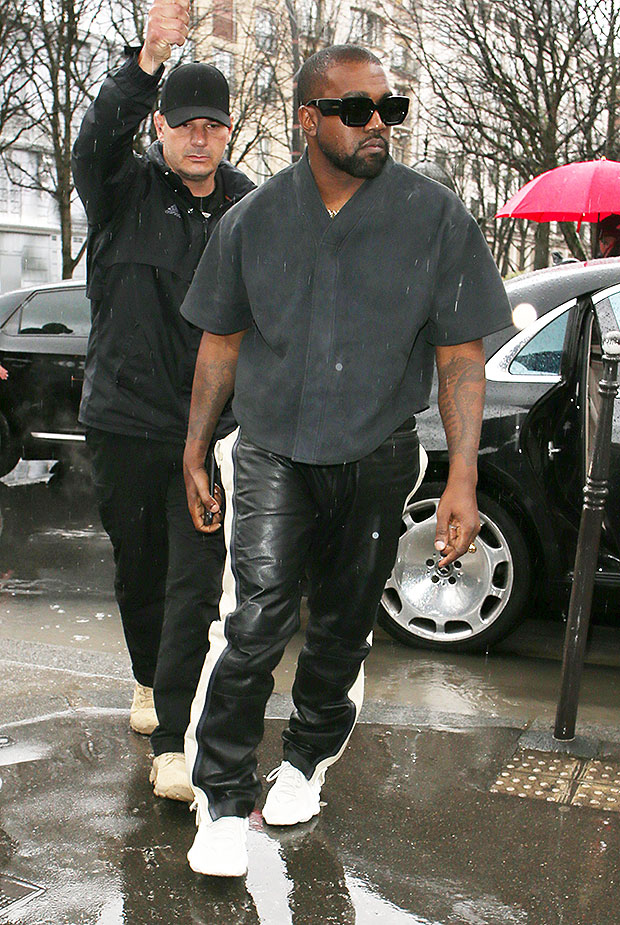 The odd pairing were seen sitting at an outdoor table surrounded by trees at Sant Ambroeus. Two red to-go coffee cups could be seen on the table as they appeared to be in conversation. Kanye was casually dressed in a black hoodie and pants, while Cohen sported a long sleeved black t-shirt. After Cohen was also spotted out in May, his lawyer explained that his client had received “special permission from the BOP [Bureau of Prisons} and RRM [Residential Reentry Management] to eat out.”

The Chicago native actively supported Donald Trump throughout his presidency, even wearing a “Make America Great Again” cap on several occasions. In 2020, Kanye said he was “taking the hat off” as he surprisingly announced his own political ambitions, subsequently running against Trump and current President Joe Biden.

Kanye’s ex Kim has been actively rehearsing for SNL‘s Oct. 9 episode in New York City, which she’s set to host. While it was initially rumored that Kanye could appear as musical guest on the same date, it was later confirmed that Halsey, 27, would be taking the reigns for the fifth time.

Although the rapper isn’t scheduled to appear on the episode, it’s been reported that Kanye has been “quietly advising her on her performance, her opening monologue, even her costumes for the show,” per Page Six. In recent months, Kim has been wearing head-to-toe Balenciaga — a luxury label that Kanye is also closely related with due to his relationship with Demna Gvasalia.