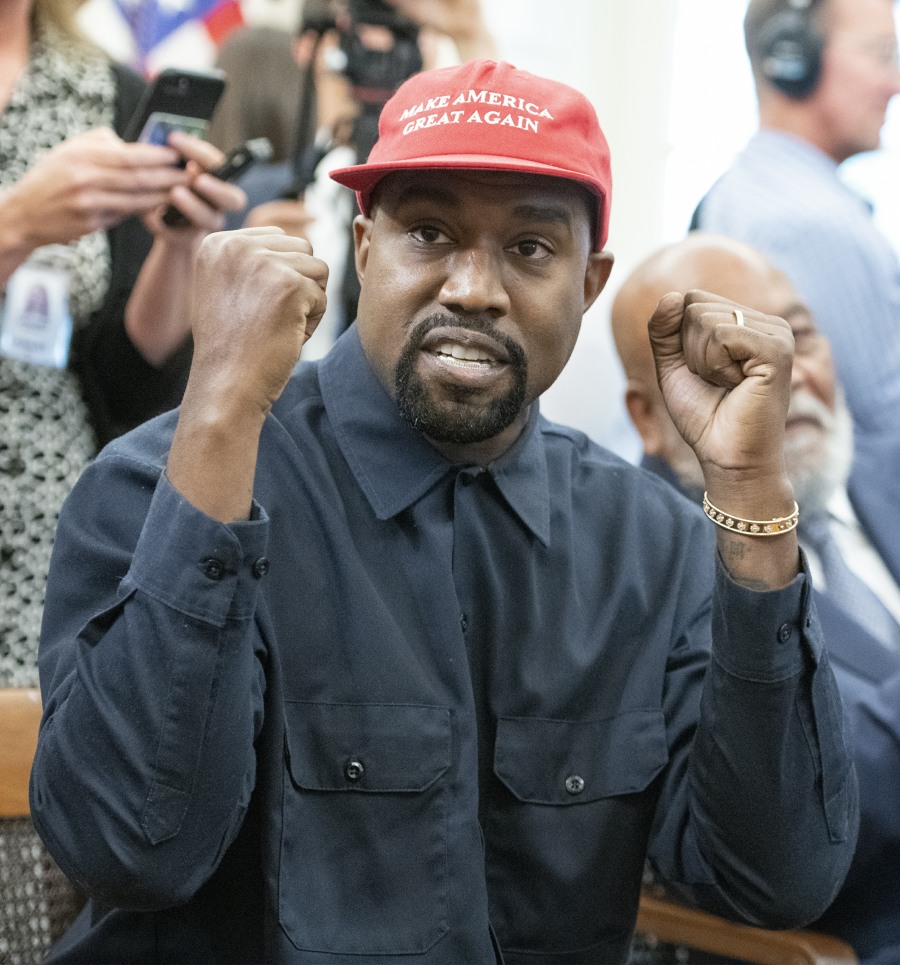 I don’t want to devote a whole post to this, so here’s the Kanye West recap: he’s officially changed his name to Ye and he’s wandering around in a creepy mask. He also met with Michael Cohen for the second time in two weeks. [Dlisted]
Adele & Rich Paul went to the Lakers-Warriors game last night. [Just Jared]
People are going to be obsessed with Dune’s sandworms. [Gawker]
Adele’s “Easy On Me” gets the ‘80s treatment & it still sounds good! [OMG Blog]
A good review of CBS’s Ghosts! [Pajiba]
Zendaya’s afterparty look was not it. [Go Fug Yourself]
I’m genuinely excited to see what Chloe Zhao does artistically when confined by Marvel. I bet The Eternals will be one of the prettiest Marvel films. [LaineyGossip]
Donald Trump attacked the late Colin Powell. [Towleroad]
Dudes talk about why it sucks to be a dude. [Buzzfeed]
Something I’ve always wondered: is “Madison Beer” a stage name? [Egotastic]
We’re still talking about Elizabeth Holmes’ voice. [Starcasm]