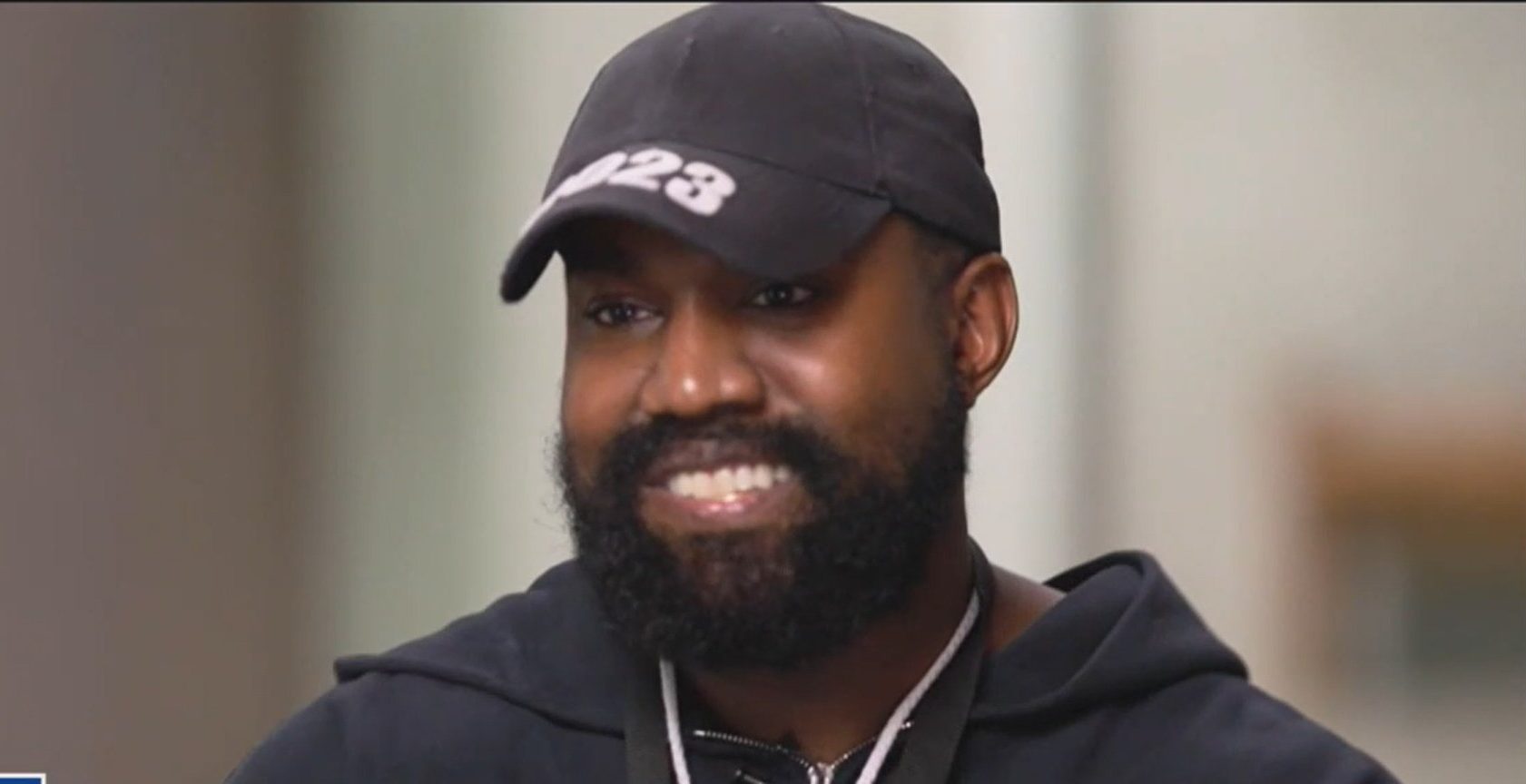 Kanye West isn’t backing down on his recent controversial statements and is, in fact, ‘happy’ he overstepped the mark.

The 45-year-old rapper is continuing to face repercussions for his comments about the Jewish community which have been deemed anti-semitic.

Twitter locked Kanye’s account on Saturday after he tweeted: ‘When I wake up I’m going death con 3 On JEWISH PEOPLE.’

Kanye’s comments about the Jewish community has sparked great upset with actress Jamie Lee Curtis breaking down in tears during a TV interview while discussing how painful she found them.

When approached about the controversy, Kanye told Page Six on Wednesday: ‘Hey, if you call somebody out for bad business, that means you’re being anti-Semitic. I feel happy to have crossed the line of that idea so we can speak openly about things like getting cancelled by a bank.’

He then added: ‘A lot of this stuff for me as the richest Black man in American history…,’ before being cut off by a passing truck and saying: ‘We’ll speak at a different time.’

In his full tweet last weekend, which has now been removed by Twitter, Kanye wrote: ‘In the full tweet attributed to Kanye, the Gold Digger rapper reportedly wrote: ‘I’m a bit sleepy tonight but when I wake up I’m going death con 3 On JEWISH PEOPLE.

‘The funny thing is I actually can’t be Anti Semitic because black people are actually Jew also You guys have toyed with me and tried to black ball anyone whoever opposes your agenda.’

Halloween actress Lee Curtis, 63, was shocked to read Kanye’s tweet and said she hopes the rapper gets ‘help’.

Speaking on the Today Show, she said: ‘I woke up and burst into tears.

‘“DEFCON 3 on Jewish people?” What are you doing?

‘I mean, it’s bad enough that fascism is on the rise around the world. But on Twitter, on a portal, to pour that in? As if Jewish people haven’t had it hard enough?’

The latest controversy surrounding the Grammy-winning rapper was sparked after he wore a White Lives Matter shirt at his Yeezy fashion show in Paris before branding Black Lives Matter a ‘scam’.

His friend and political pundit Candace Owens, who also wore a White Lives Matter shirt alongside Kanye, has now claimed that JP Morgan Chase bank has cut ties with the musician’s Yeezy company in light of his comments, giving him until November 21 to transfer his reported billions to another bank.