Justin Bieber and Hailey Baldwin have posed for a sweet new snap. The pair cuddled up in the selfie, which was taken in a tropical location.

Justin Bieber and Hailey Baldwin look more loved-up than ever! The sweet couple, who have been married for more than two years, posed for a selfie while seemingly on a tropical vacation. “squish,” Hailey captioned her December 9 Instagram post, which showed her lying on Justin’s chest. The supermodel donned an oversized blue button-down blouse, a black bikini top and dark shades. She sported a bronzed glow, and offered the camera a subtle pout. A shirtless Justin sat behind her, showing off his plethora of tattoos while squinting into the camera. The Changes singer also donned a cream bucket hat which was flipped up at the front.

Justin recently took a social media user to task, after they urged “Jelena” fans (read: Justin and ex-girlfriend Selena Gomez) to flood Hailey’s comments with messages about Selena. “This sad excuse of a human just encouraged people on video to literally go after my wife telling people to say that my previous relationship was better so on and so forth. I just wanted to share this so that people get an idea of what we face day to day,” Justin wrote on his Instagram story on December 3. “It is extremely hard to choose the high road when I see people like this try and rally to gather people to bully the person I love most in this world.” 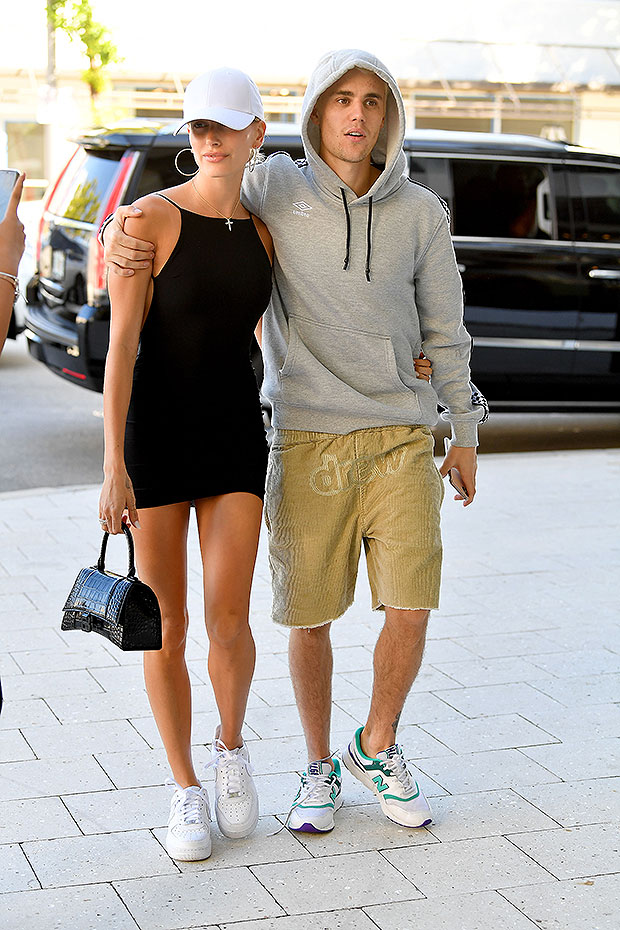 The Grammy nominee continued, “It is not right. But I will say this: As many people as there are that want to spend their time publicly degrading shaming and trying to humiliate us we would like to ask those who have it in them to life us up in prayer. We need prayer and support as we continue to put ourselves out there.” Justin and Selena first started dating as teenagers back in 2010. The pair were on and off again for years, most recently splitting in 2018. A few months later, Justin married Hailey, and the pair have been going from strength to strength ever since!