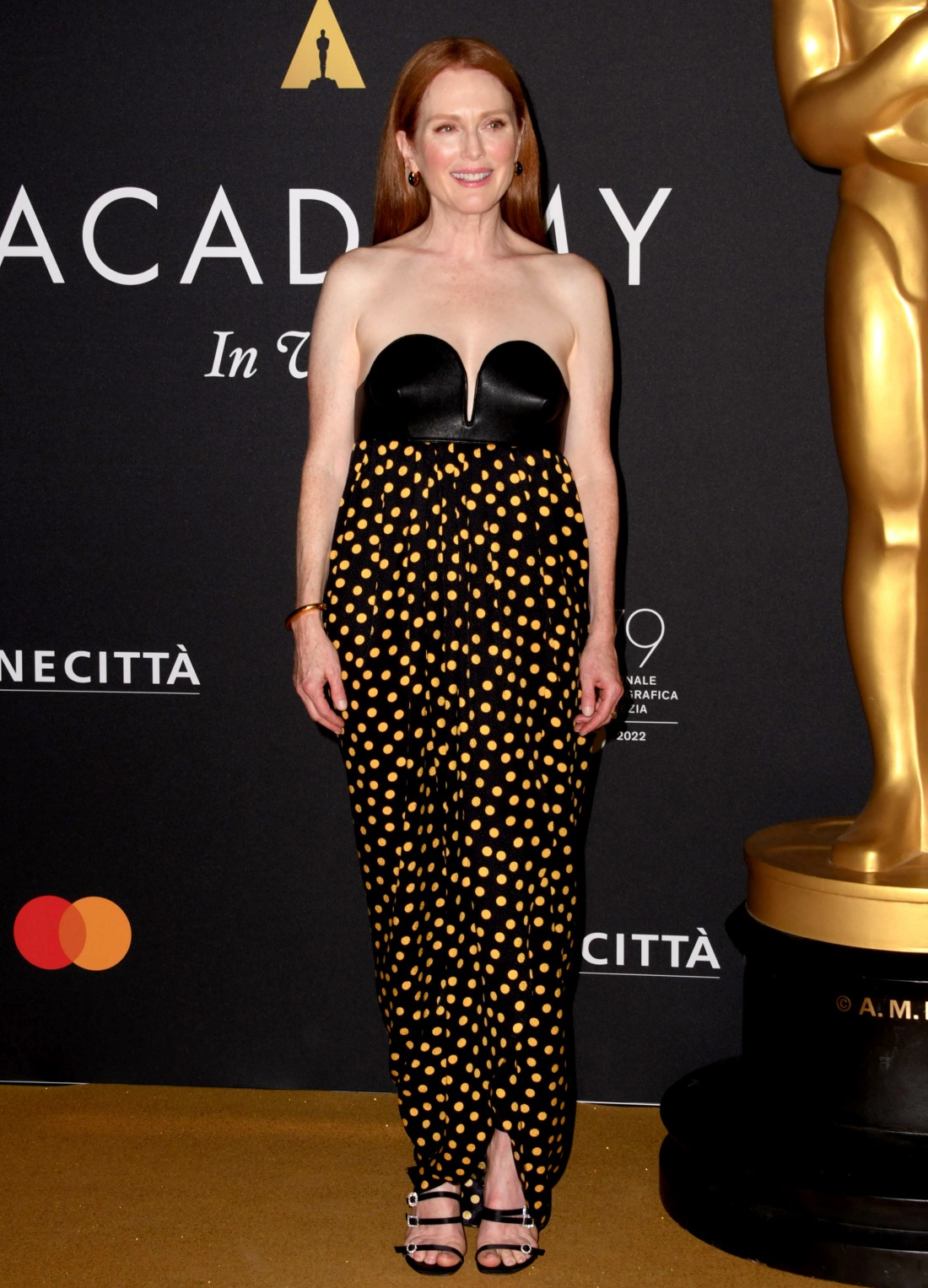 Julianne Moore’s Alaia dress is so bad! She wore this to the pre-Venice Film Festival dinner for the Cinecitta. [Tom & Lorenzo]
More photos from the pre-Venice Film Festival dinner. [RCFA]
Robert Rodriguez recreates a cute photo with his son. [Seriously OMG]
Nicole Brown Simpson’s sister had sh-t to say about Chris Rock. [Dlisted]
Timothee Chalamet has arrived in Venice! [LaineyGossip]
Recap of House of the Dragon Ep. 2. [Pajiba]
Celebrities are coming out for the US Open! [JustJared]
I love this look on Tessa Thompson. [GFY]
Photos from the Princess Diana memorials around the world. [Buzzfeed]
The Obamas will finally get to unveil their official portraits in Dark Brandon’s White House! (Trump refused to invite the Obamas back during his administration.)[Towleroad]
Vanessa Hudgens said Yee Haw Rights! [Egotastic]
Blind item about a diva who sometimes forgets where she lives. [Gawker]