It sounds like Julianne Hough is ready to start dating again.

After taking an adventurous trip to Italy, the former Dancing With the Stars professional dancer and judge is now enjoying the last few weeks of summer with her family. On Monday, the 33-year-old dancer shared that she was reuniting with some of her loved ones, including her dad Bruce and her older sisters Marabeth, Sharee, and Katherine.

While gathered around a table, Julianne showed fans on her Instagram Stories that she and her family were playing a fill-in-the-blank card game called Slide in the DMs. Before the former America’s Got Talent judge got competitive with her siblings though, she lightheartedly hinted at her current relationship status.

“I guess this is my new life,” she said. “I guess I should probably get started.” The Utah native added the caption, “Learning for a friend” to the slide. 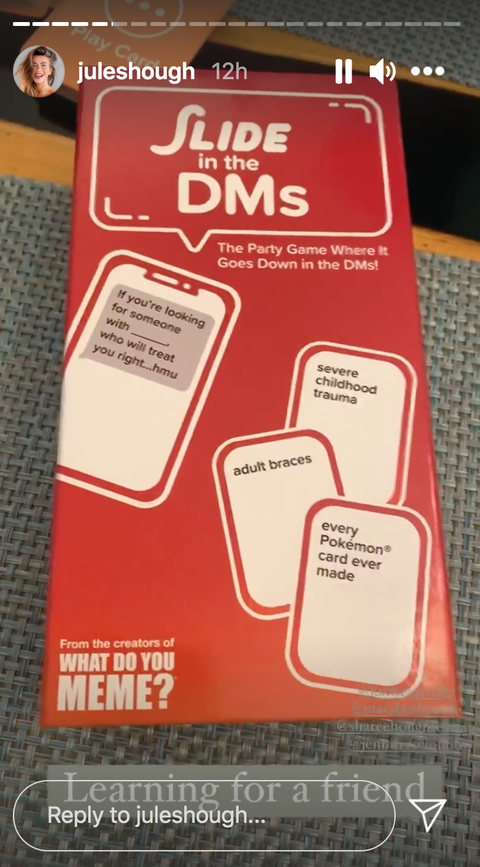 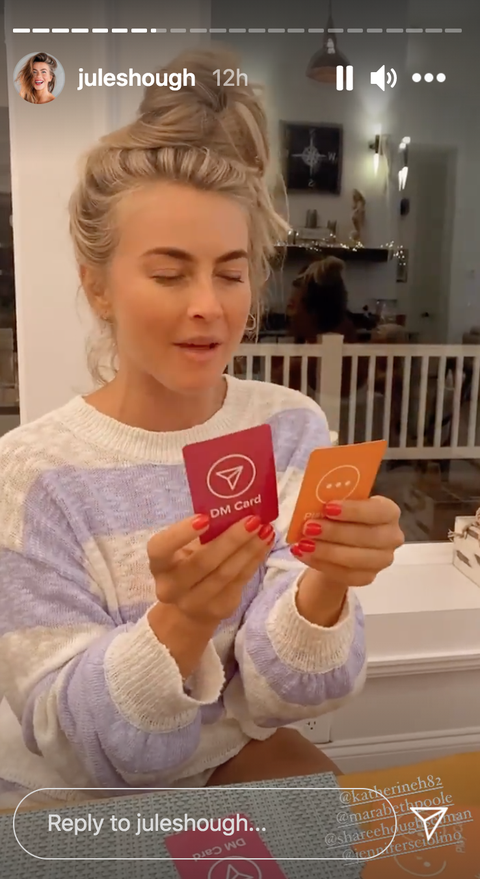 As fans know, Julianne was married to hockey player Brooks Laich for three years after the two tied the knot in July 2017. In November 2020, Julianne officially filed for divorce after the couple announced months earlier that they were separating.

“We have lovingly and carefully taken the time we have needed to arrive at our decision to separate,” Julianne and Brooks said in a statement. “We share an abundance of love and respect for one another and will continue to lead with our hearts from that place. We kindly request your compassion and respect for our privacy moving forward.”

At the time, sources said Julianne is a “deeply different person than she was when they got married, and she is proud of those differences and changes she’s made and she doesn’t want to go back.”

In a 2019 Women’s Health interview, Julianne revealed that she was “not straight,” a fact that Brooks didn’t know before they got married, but he accepted nonetheless. With all that said, Julianne wasn’t thinking about finding love again when the new year started, per Entertainment Tonight. “She’s taking a break from dating at the moment,” a source told the outlet back in January. “She’s not interested in anyone.”

Now, more than six months later, it sounds like the idea of dating isn’t too far from her mind.