Jude Law has the mindset of an average Joe! When the two-time Oscar winner isn’t on the red carpet promoting his movies as he was doing on Wednesday, December 5, Law sometimes forgets he’s famous.

“I think the thing I loath [about fame] is that you subconsciously are aware of, say, how you look or how you act, even when you know you’re not in the public eye,” the U.K. native, 45, told Us Weekly and other reporters at the Vox Lux premiere in Hollywood. “There’s a sense of, you may just put on a bobble hat, a woody hat, and a coat over your pajamas.”

Law added: “You go around the corner to get your milk from the shops, and while 90 percent of you is going, ‘Oh yeah, it’s Sunday morning, I’m getting my milk,’ there’s always 10 percent going, ‘Oh, bloody hell, I forgot I’ve gone out in my pajamas. Maybe someone’s going to take my photo.’” 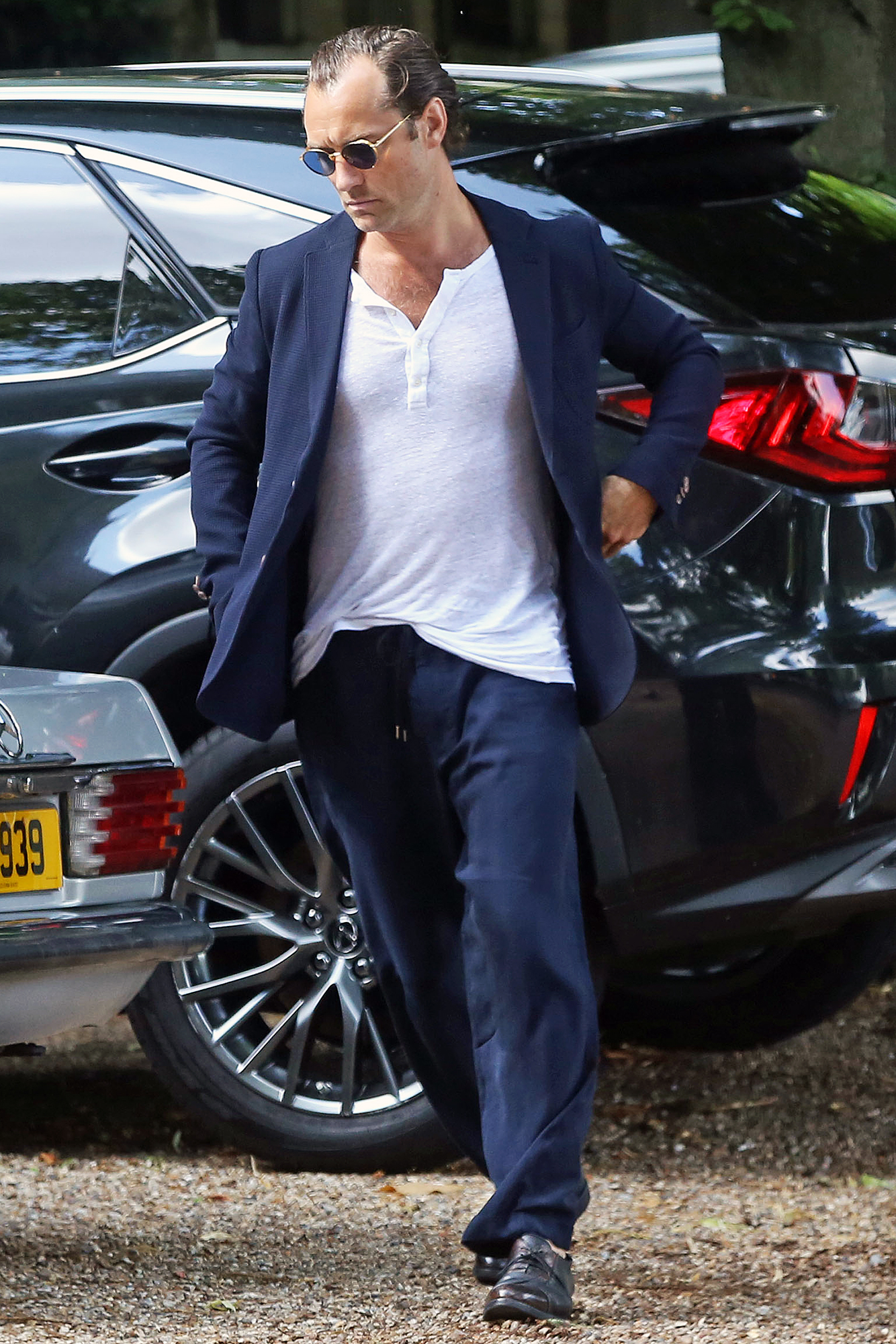 The Sherlock Holmes actor, however, doesn’t let fame affect how he acts around his children and behind closed doors. “I don’t have that paranoia there,” he noted. (Law shares three kids with ex-wife Sadie Frost, sons Rafferty, 22, and Rudy, 16, and daughter, Iris, 18. He is also dad to 9-year-old daughter Sophia with Samantha Burke, and daughter, Ada, 3, with Catherine Harding.)

As for the upside of being in the spotlight, Law gushed: “Film is a very separated art form. In theatre, you’re experiencing the story with the audience and they’re a part of it. With film, you could make film and never meet the audience you are making it for. So, there’s a time when people come up and they introduce themselves, or say, ‘thank you’, or ‘well done’, or ‘I didn’t like it’, or whatever they say, and you suddenly interact, and that’s kind of a nice thing.”

Law stars alongside Natalie Portman and Raffey Cassidy in the upcoming drama is set to his theaters on Thursday, December 7.

With reporting by Antonia Blyth