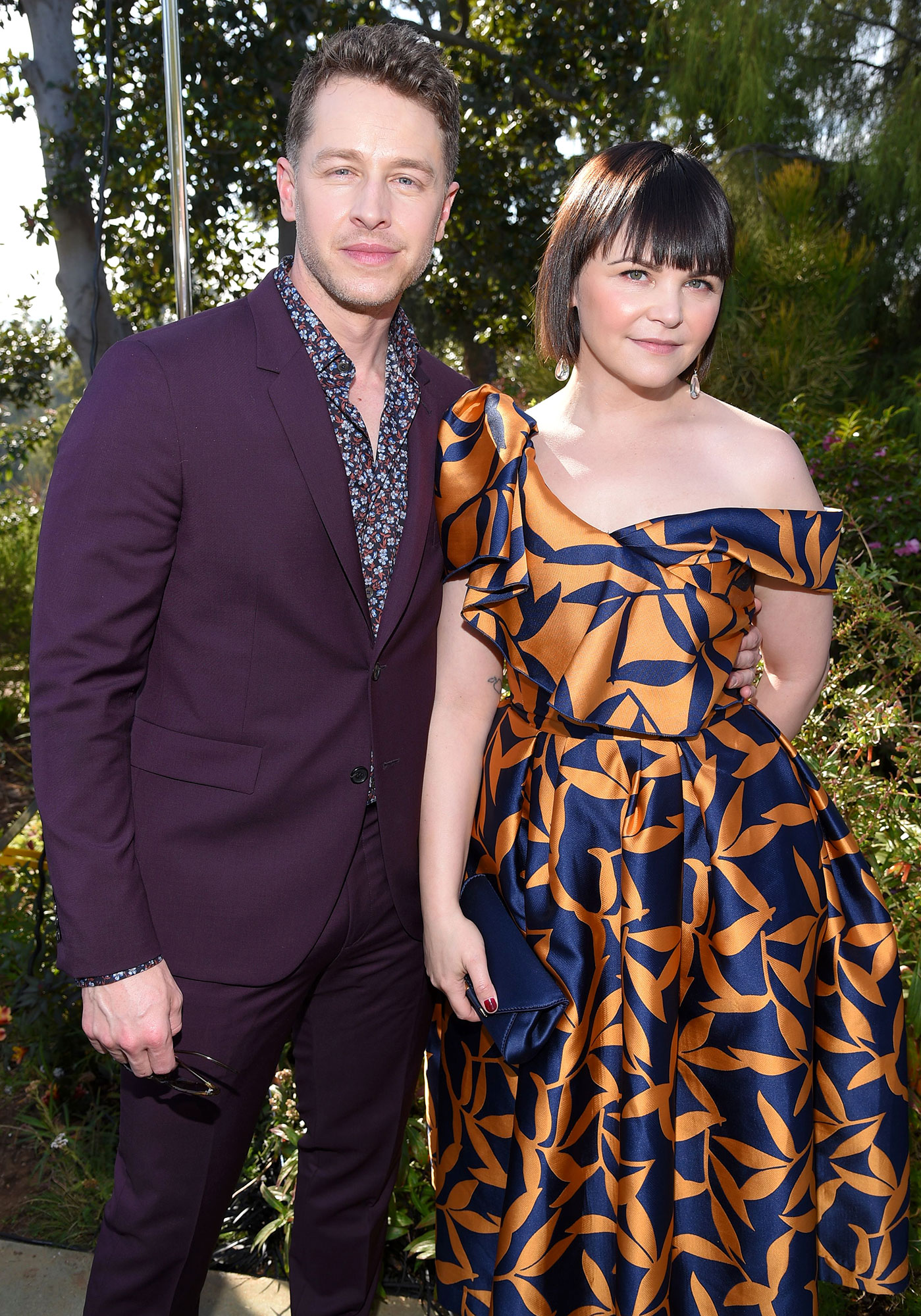 A real-life fairy tale! Josh Dallas remembers the moment he knew his wife, Ginnifer Goodwin, was The One — and it wasn’t long after they met on the set of Once Upon a Time.

“I mean, after the read-through or the pilot. Yeah, it was pretty soon,” the 41-year-old actor exclusively told Us Weekly recently at the NBC Winter Television Critics Association Winter Press Tour.

Dallas added that working opposite Goodwin, 41, on Once Upon a Time helped their relationship to naturally progress from coworkers to lovers. The Kentucky native portrayed Prince Charming/David Nolan on the NBC series, while Goodwin played the role of Snow White/Mary Margaret Blanchard.

“I think it happened very organically and actors playing opposite each other never fall in love off sets, do they? That never happens in this business,” he joked. “But, two kids later we’re still going strong, so it’s a great thing.”

Dallas added that he was “pretty confident” at the time that he could make a romantic connection with the Big Love alum, who he couldn’t stop gushing over. “Just look at her,” he said. “Just look at Ginnifer Goodwin. Look at her mind and the way it works. It’s like, how could you not [fall in love]?” 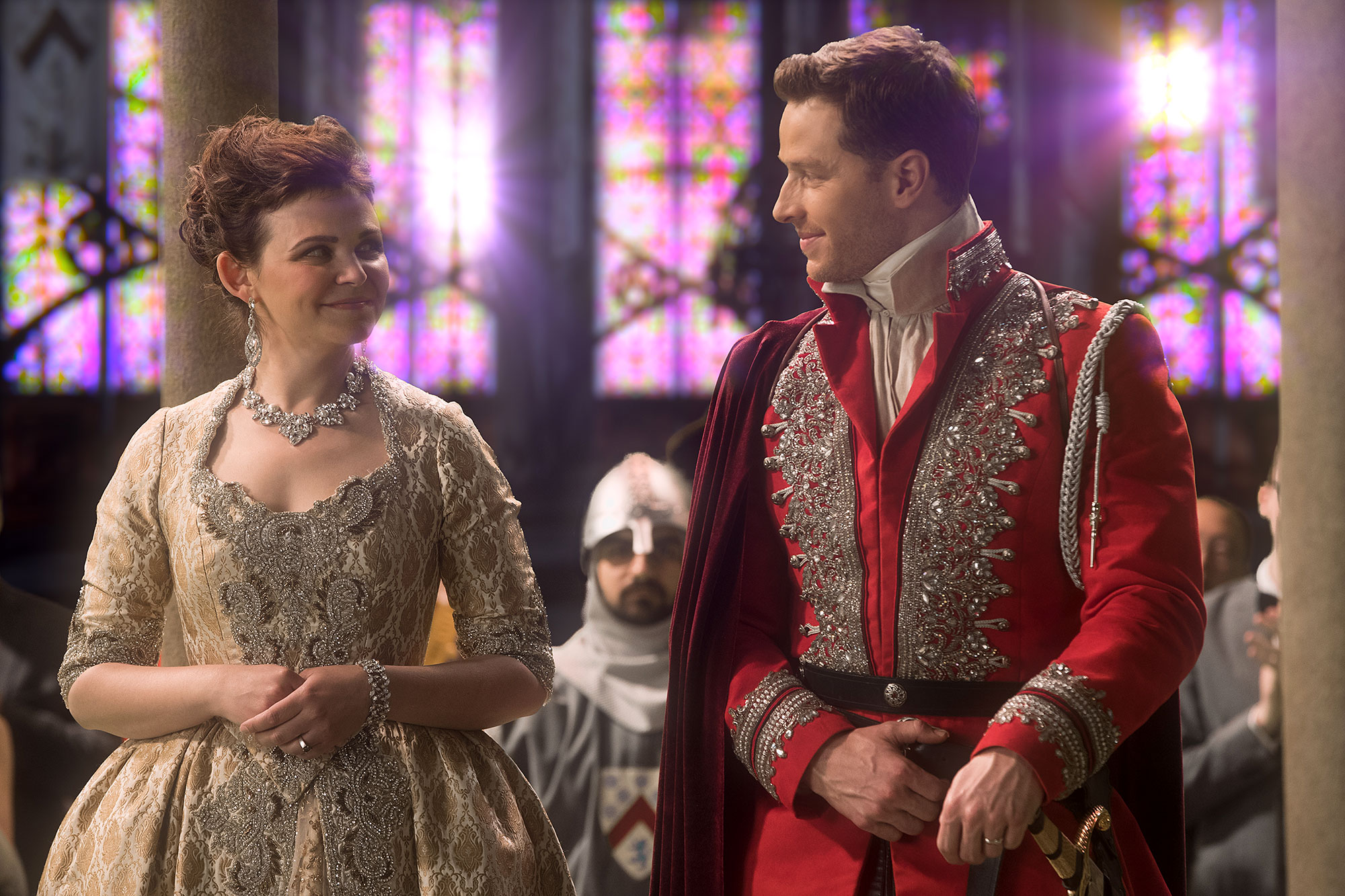 The couple began dating in 2011 before they became engaged in October 2013. Dallas and Goodwin tied the knot in an intimate ceremony in Los Angeles in April 2014. They are the parents of sons Oliver, 5, and Hugo, 3.

Dallas praised his life as a new father in an interview with Us in 2015, shortly after the birth of his and Goodwin’s first son.

“Every day is a milestone,” he explained at the time. “He can climb the stairs like a ninja … hold his own bottle. Every day there’s a milestone that amazes you as a parent. … Sleep is elusive — a slippery devil. I can’t seem to ever catch it. There’s somebody else that you have to take care of … you don’t think about yourself anymore. But it’s a pleasure to do that — he’s my little dude!”

Goodwin added that she considered Dallas her “knight in shining armor” for giving his all to fatherhood. “[My husband] also has not slept since mid-May. I’m always telling him, ‘You can sleep,’ but he won’t, he always helps,” she said.

In 2018, the actress revealed the special way Dallas likes to keep in touch with Goodwin when he’s traveling. “He sends a lot of flowers, or jam because I like jam,” she shared. “We FaceTime like 14 times a day.”

April 7, 2020, Comments Off on Swimmer, 23, killed in a shark attack off the Great Barrier Reef

April 7, 2020, Comments Off on Jimmy Greaves: Former England, Spurs, Chelsea & West Ham striker admitted to hospital
We and our partners use cookies on this site to improve our service, perform analytics, personalize advertising, measure advertising performance, and remember website preferences.Ok