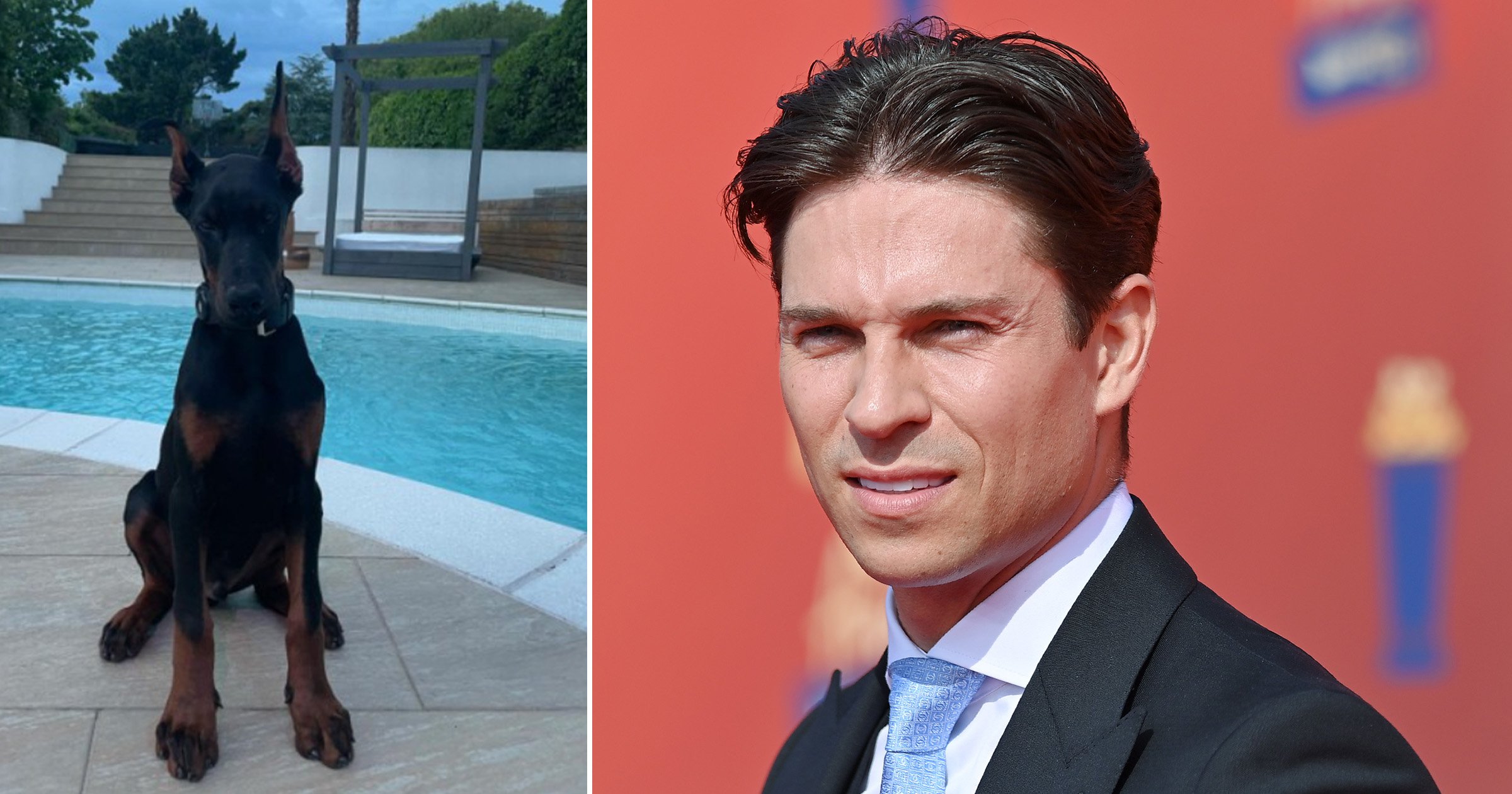 Joey Essex has been praised by animal charity Peta after he refused to adopt a dog after finding out its ears had been cropped.

The Only Way Is Essex star Joey, 32, had announced on social media he was adopting a Doberman.

Sharing a snap of the young dog to Instagram and Facebook, the reality icon wrote proudly that the pup was the ‘newest member’ of the family.

However animal lovers were quick to point out that the Doberman had had its ears cropped – a painful procedure which sees much of a puppy’s ears cut to make them stand straight up rather than flop down as normal.

There are no health benefits to ear cropping, despite myths of improving hearing or preventing ear infections, and is done mainly to make certain breeds look intimidating.

Joey later told Mail Online in a statement: ‘I really wanted to give the dog a home, I fell in love with him.

‘But me taking him on as a pet would justify this cruel procedure, which will give the wrong message to my fans and followers.’

Peta has praised Joey for speaking out, with Vice President of Programmes Elisa Allen telling Metro.co.uk: ‘We applaud Joey for letting his legions of fans know that he does not endorse ear-cropping – a painful mutilation that involves cutting off the majority of a dog’s extremely sensitive ears and taping the remnants into an unnatural shape for aesthetic reasons – and encourage him to look further into the shady dog-breeding trade.

‘He’ll find that the demand for “designer dogs”, like Dobermanns, is fuelling cruel commercial puppy-breeding operations and irresponsible breeding practices that can cause animals to suffer from painful, debilitating conditions. And while dog breeders churn out puppies to turn a profit, hundreds of thousands of animals in the UK – and millions more around the world – are languishing in shelters, waiting for a loving family. Many will be euthanised because there simply aren’t enough good homes for them all.

‘If Joey is serious about wanting to do right by dogs, the best thing he can do is give one from a shelter a loving home and encourage his followers to always adopt, never shop.’

Dogs Trust added of ear cropping: ‘Dogs Trust is opposed to the practice of ear cropping, which is illegal and banned in England and Wales under section five of the Animal Welfare Act 2006, and in Scotland and Northern Ireland under similar legislation.

‘The practice not only causes physical pain but may also impact on a dog’s ability to communicate with people and other dogs.’

On Thursday, Joey also encouraged his 1.8million followers to sign a petition in support of the Kept Animal Bill, which would see it become illegal for dogs with cropped ears to be imported to the UK.

The procedure has been illegal in England and Wales since 2006, however dogs can have their ears cropped abroad and then sent to Britain.