Dame Joan met the EastEnders and Carry On star – who died last week at 83 – “many, many times”. She added: “She was always great fun, with the cackle laugh. We did something for the Queen. We did a lot of things together.”

Dame Joan, 87, told Jonathan Ross she had felt unsupported and “went through the jungle alone” in her own career. Next month marks 70 years since she started acting and Dame Joan described the milestone as “unbelievable”.

“I was 17 and I did this dreadful movie, Lady Godiva Rides Again. By 20 I was put under contract at 20th Century Fox. I got on a great big jet to go to America all by myself.”

Dame Joan, who stars in festive film The Loss Adjuster, also spoke of her career challenges. 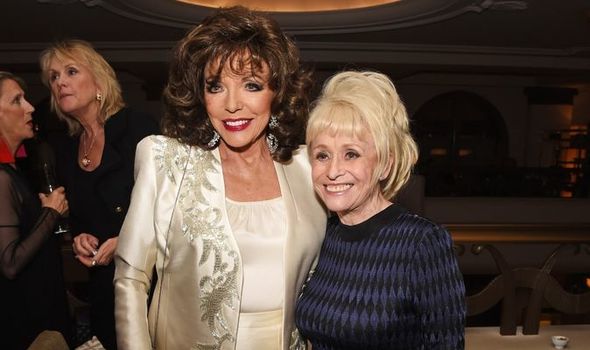 “I never had anybody, I never had the great agent or great husband – before Percy that is. I had a very tough time all my life.

“When you’re very young and pretty, you’re not taken seriously as an actress.Vivien Leigh told me this. She said, ‘People only started to think I could act when I started to lose my looks.'”

Dame Joan added her agent father told her not to act as she would be “finished” by her mid-20s: “Well, Daddy, I proved you wrong.”

The Jonathan Ross Show is on ITV tomorrow at 9.25pm.